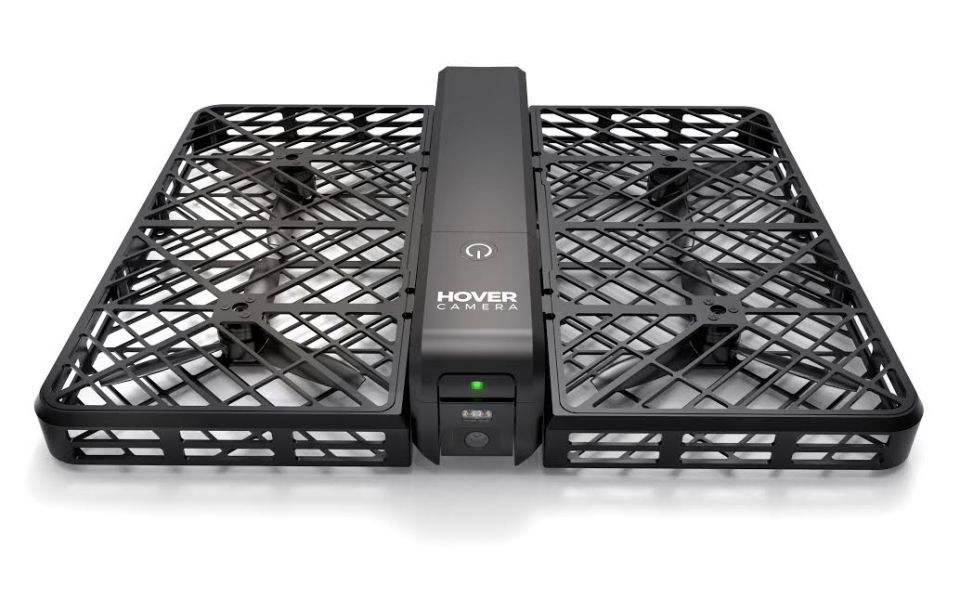 Is it a camera? Is it a drone? Why not both? That’s exactly what the makers of the Hover Camera had in mind when they came up with the device.

The Hover Camera is a device which is being marketed as a selfie drone. It can take 4K videos and 12 Megapixel photos and it only weighs 238 grams which is really light. In fact, the entire design itself seems pretty simple and you can see the 4 fan propellers surrounding a camera module in the centre. It doesn’t really scream out drone when you look at the design but what you do get reminded of is those cheap laptop coolers from various Chinese OEMs that usually came free with your laptop purchase or so.

Don’t get us wrong, the concept is pretty neat. It has an AI that lets it fly and follow a person using facial and body recognition. That can result in some interesting camera angles and content thanks to Qualcomm’s Snapdragon Flight platform. However, there are two major issues with the device that we could see at a glance.

First being the battery life. The battery life is expected to be around 8 minutes which itself doesn’t say a lot and especially considering that manufacturers generally give a more optimistic figure than a device can usually deliver, it becomes a bit frightening. The other problem is the cost of the device which the developers are planning to keep under US$ 600 which sounds quite high for a device that doesn’t last as long as provides little functions. Although, we are reserving our final verdict till the product hits the shelves and we try it out ourselves, it feels like its a product that fails at being a camera as well as a drone.