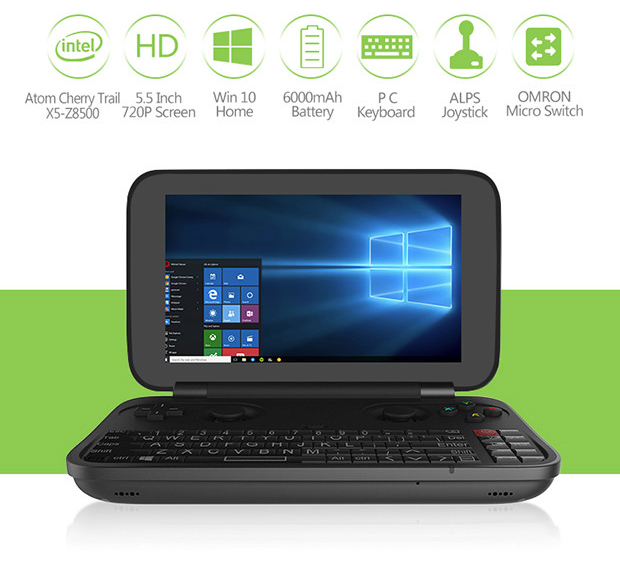 The introduction of the iPhone and Android smartphones caused one of the biggest hits in terms of sales for the portable gaming market. Manufacturers like Nokia, tried to bring mobile gaming to the mainstream but it wasn’t until much later that people actually considered gaming on their phones for extended periods.

The primary concern were the small screens which was mitigated after the introduction of iPhones and other large screened touchscreen smartphones. Although, there has been mostly a negative growth in dedicated portable gaming consoles, there are still quite a lot of users who love to having a dedicated device for gaming on the go.

The GPD Win is one device that caters to such an audience. It is a compact 5.5″ 720p device that is powered by an Intel Atom X5-Z8550 (Cherry Trail) processor, 4GB of RAM and runs on Windows 10. It even comes with a d-pad, two sets of analog joysticks and 4 gaming buttons apart from the full QWERTY keyboard and shortcut buttons. 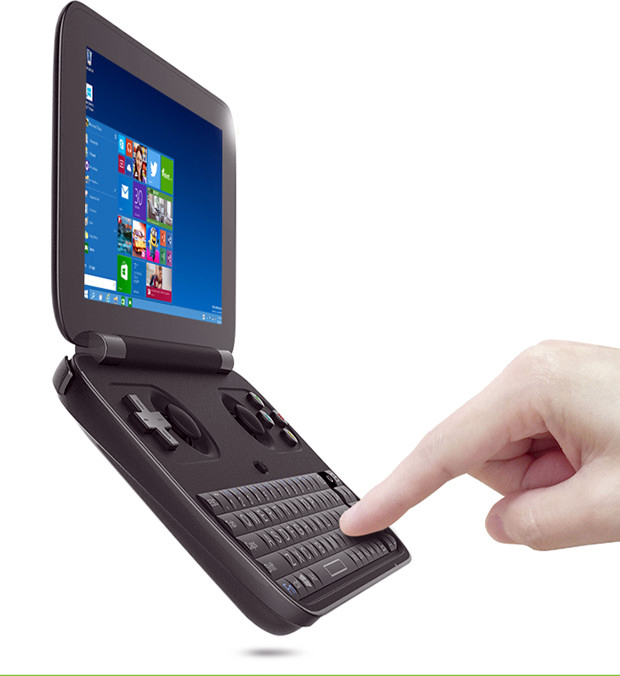 The device has 64GB of internal memory and can also be hooked up to your monitor or TV via the Mini HDMI port. The device has a clamshell form factor and as a result is quite thick at 2.2cm/22mm which is what phones of yesteryear measured. However, considering that it is actually running a full fledged version of Windows 10, it could be forgiven for that. So while it is pocketable, it is probably stretching the meaning of the term a bit.

The device is currently looking for backers and out of the US$ 100k that the developers had asked, they’ve already received over US$ 400k. A pledge of US$ 299 will get you the console which is expected to ship around October 2016.