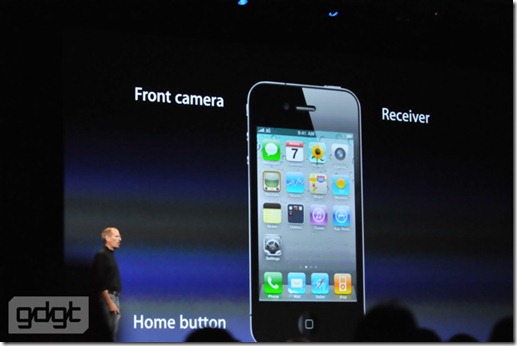 After months of speculation , Apple has finally announced the next iPhone and it’s called the iPhone 4 after the 1st iphone , 3G and 3GS. This is the fourth generation iPhone and Apple decided to keep the name simple. just iPhone 4

The new iphone looks very similar to the one Gizmodo showed off few weeks ago. The phone is just 9.3mm thick and 24% thinner than the 3GS. it has a front camera and uses a microSIM card slot.