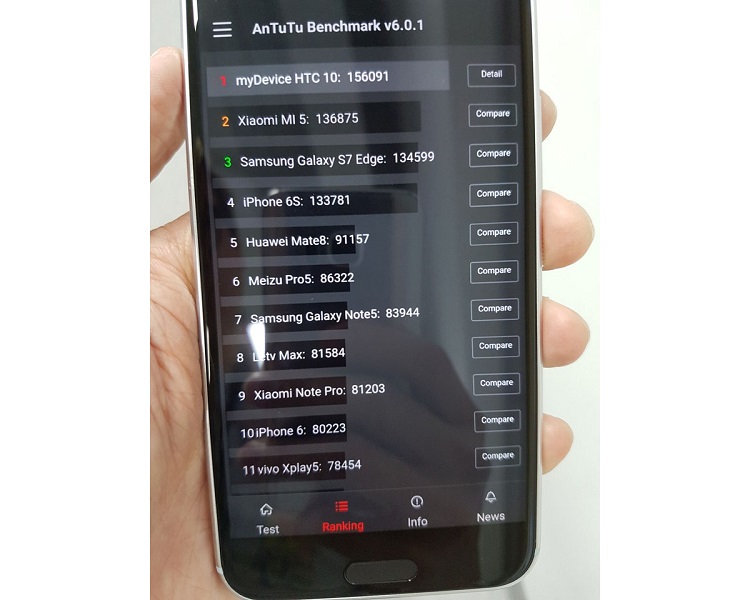 Just yesterday HTC hinted at new BoomSound technology for the HTC 10. Now, the upcoming flagship from the company has been leaked and this time it is showing AnTuTu benchmark score.

The leaked live image shows the HTC 10 device running AnTuTu benchmark with a score of 156091. As per the image, the HTC 10 is topping the benchmark chart and beating other flagships like Xiaomi Mi 5, Samsung Galaxy S7 Edge, iPhone 6s and Huawei Mate 8. The image was apparently taken by someone in Taiwan after taking the benchmark test (Via).

The top portion of the phone which could feature BoomSound technology equipped speaker is not seen in the image but the physical home button that comes with a fingerprint sensor is visible.

HTC is all set to unveil the HTC 10 flagship phone on April 12 via an online event.