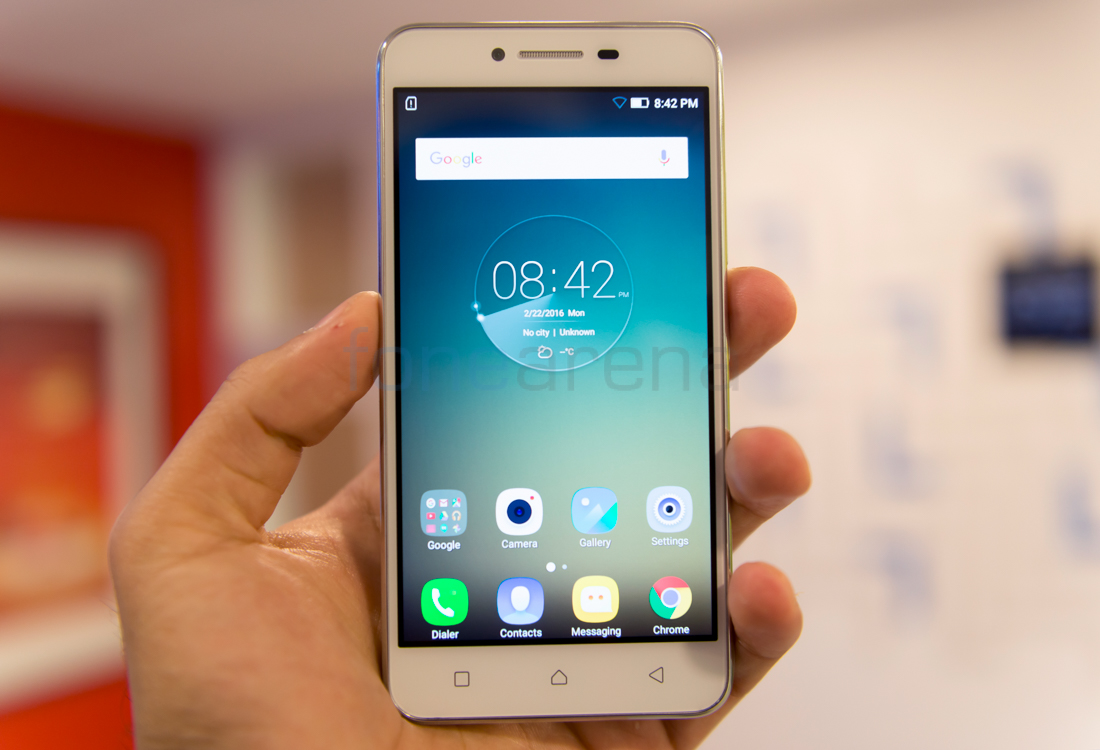 Lenovo announced the Vibe K5 and Vibe K5 Plus smartphones at the Mobile World Congress (MWC) in Barcelona. We are live at the event and got our hands on both the smartphones. So let’s take a detailed look at the hardware and specifications of both the phones that have an identical design. 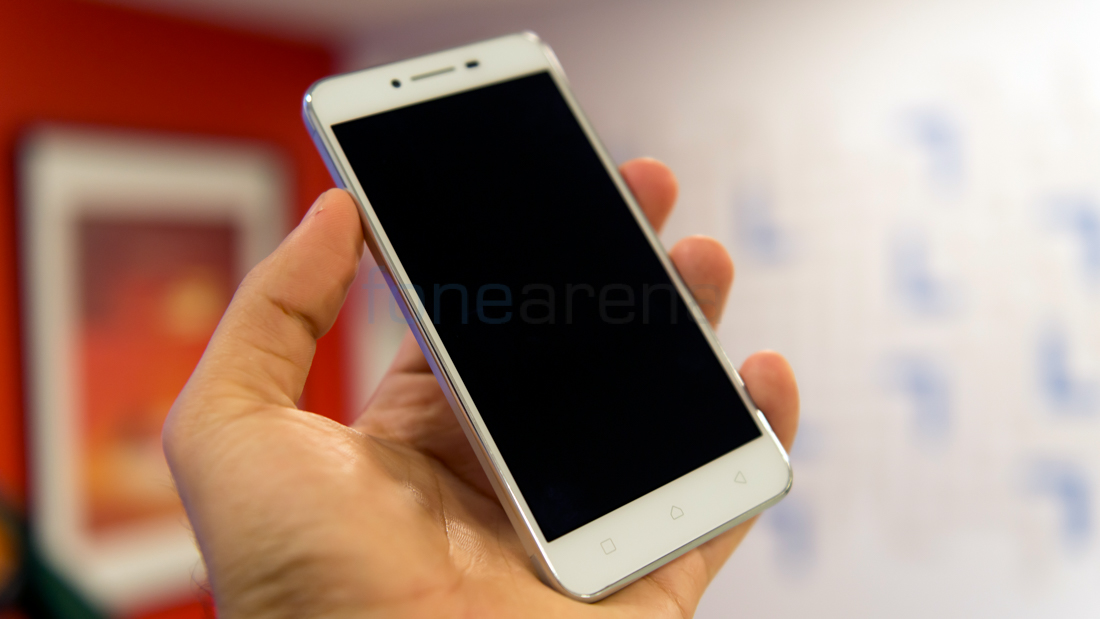 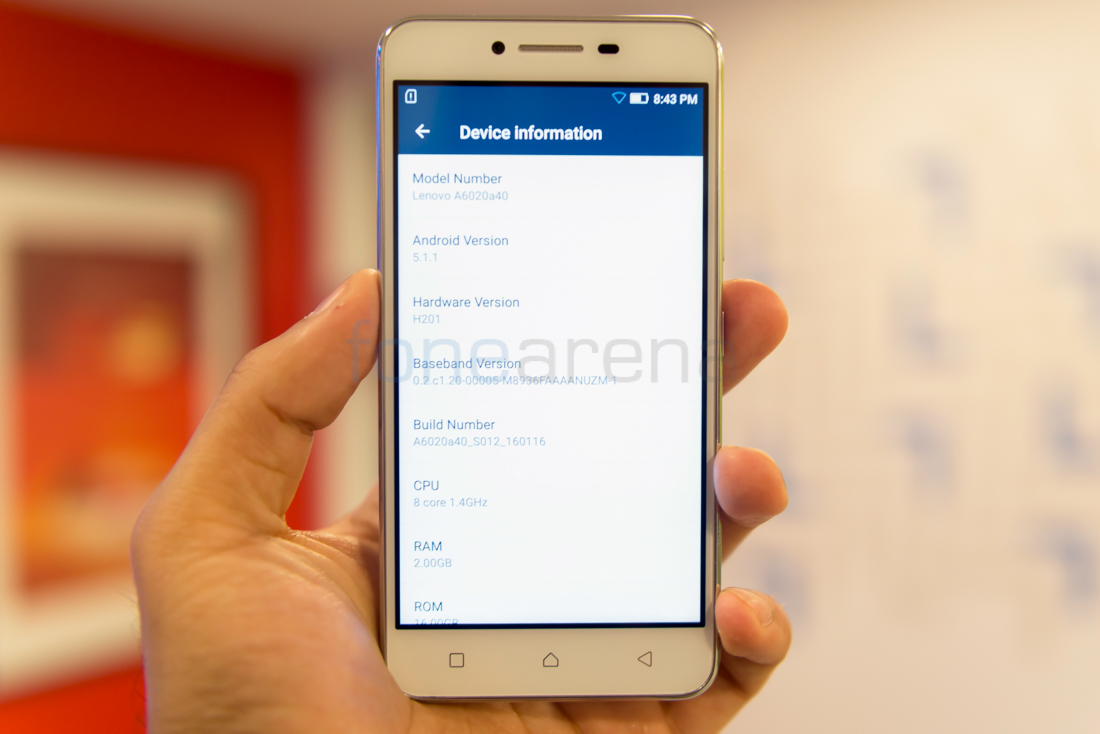 A 5MP front-facing camera is present at the front of both the phones along with an earpiece and the usual set of proximity and ambient light sensors. They have three capacitive touch buttons at the bottom of the display on the bezel that offer haptic feedback but not backlit.

The power/lock button and volume rockers are present on the right side of both the phones. 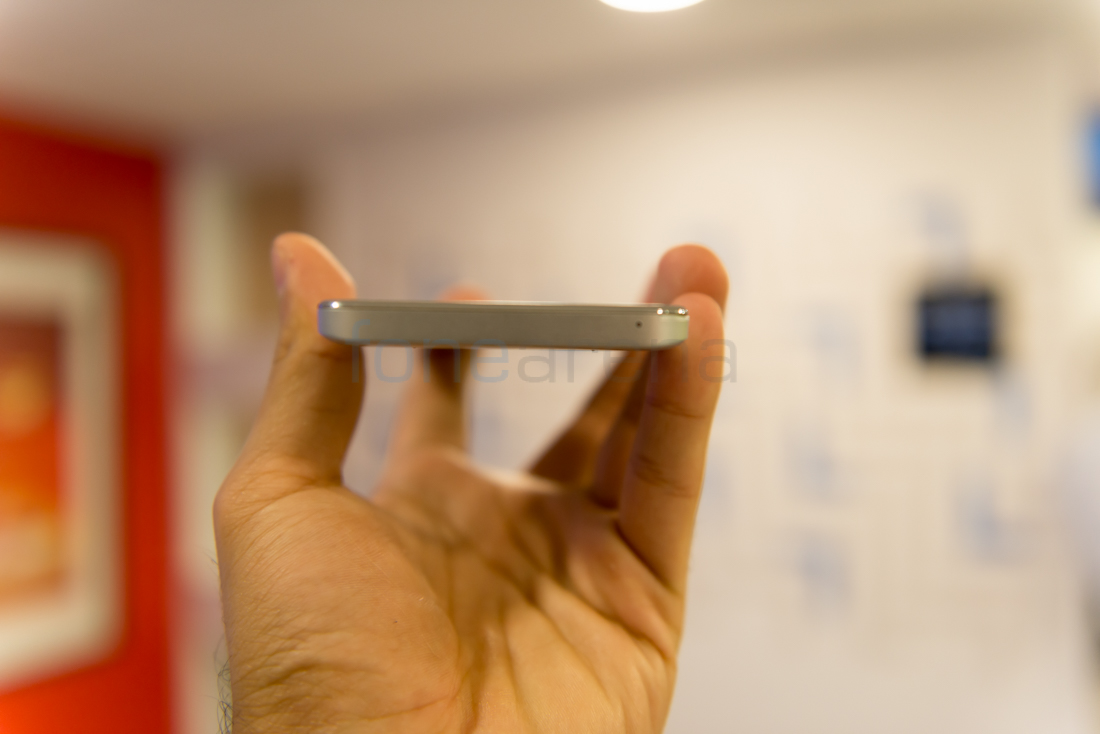 There is a primary microphone at the bottom of the phone.

A 3.5mm audio jack and micro USB port is present at the top.

Both the phones sport a 13MP rear camera at the back along with LED Flash and support 1080p video recording. Also present is the secondary microphone below the camera module. 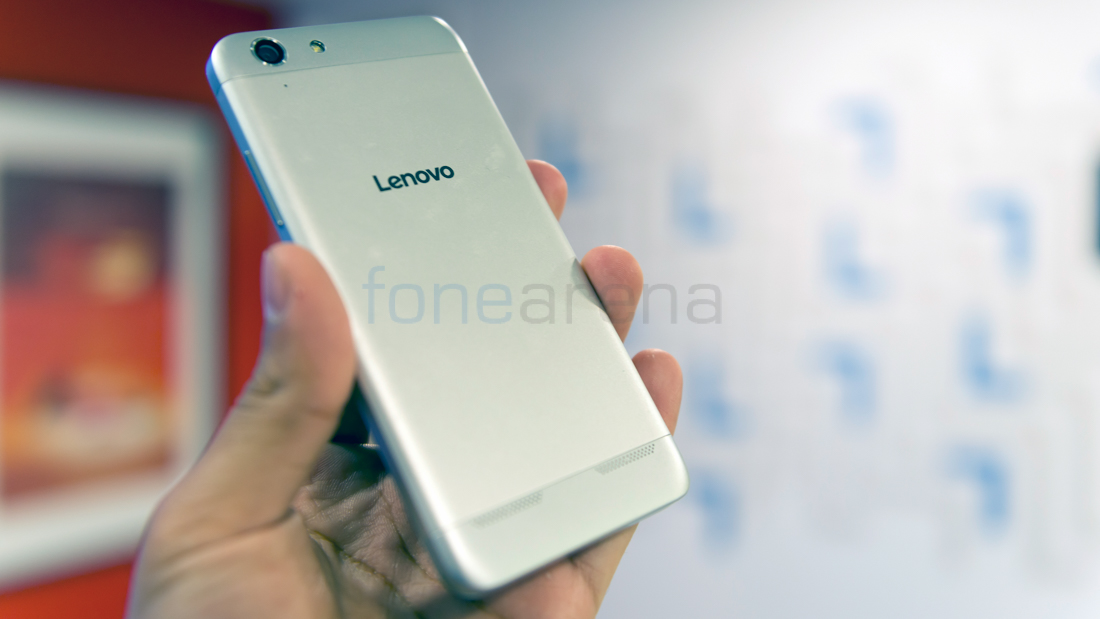 The Lenovo branding is present at the back and two stereo speaker grills are there at the lower back. In addition, the phones come with Dolby audio for an enhanced audio experience. Both the phone support Dual SIM. 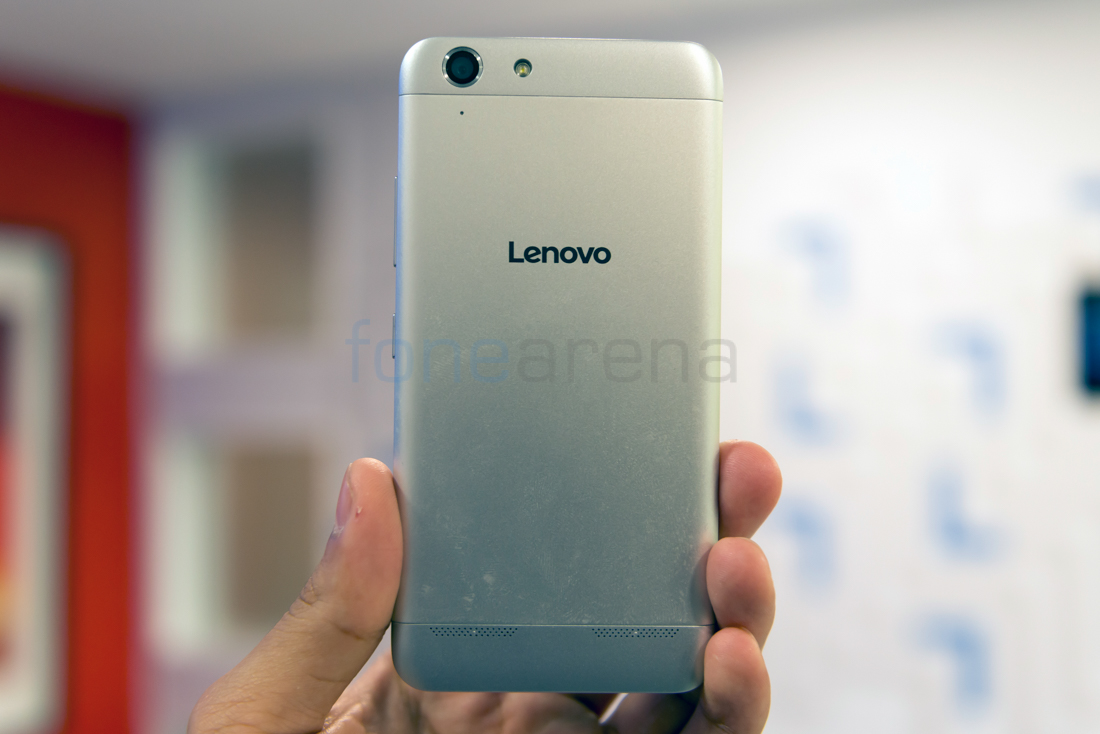