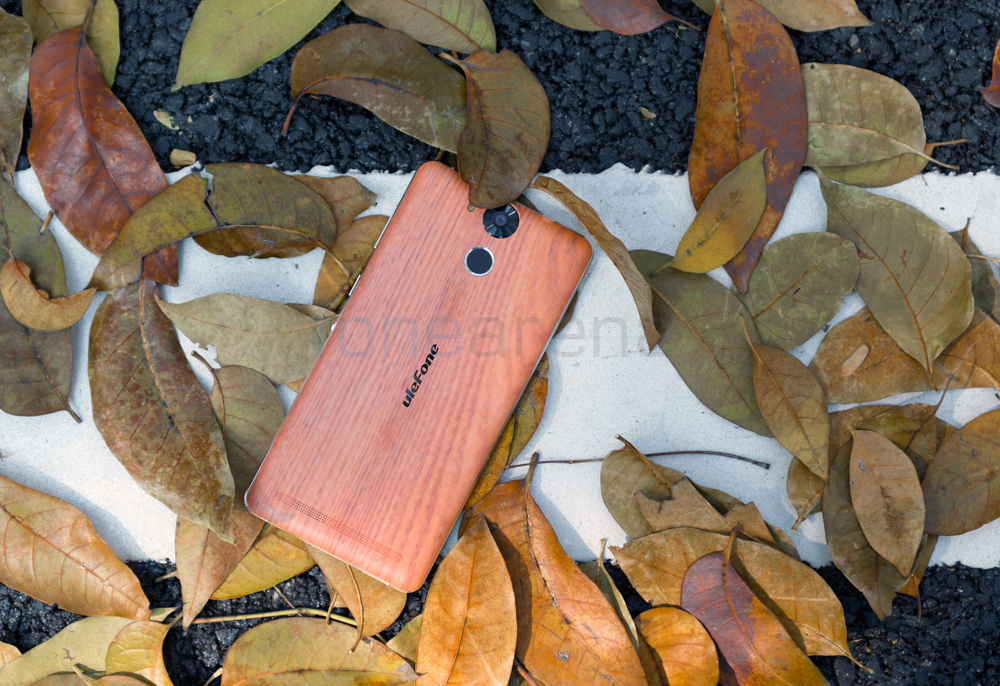 The Ulefone Power is an affordable mid-ranger handset that was announced late last year and features a fingerprint sensor and a massive 6050 mAH battery under the hood. We got our hands on the wooden variant and thought of bringing a photo gallery of the device for your viewing pleasure. 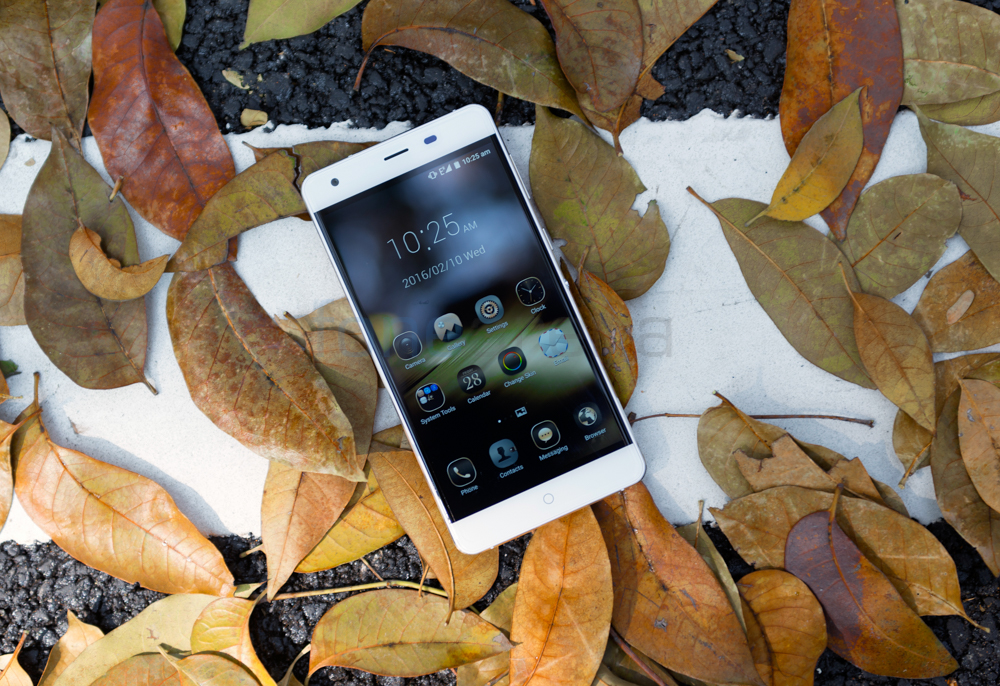 Up front, you have a large 5.5″ 1080p display with 2.5D curved glass and Corning Gorilla Glass 3 for protection.

There is an earpiece, proximity and ambient light sensor as well as a 5 Megapixel Omnivision OV5648 front facing camera.

Below the display, you have 3 capacitive buttons for menu, home and return. The home button has a circular logo and all three keys have backlighting. 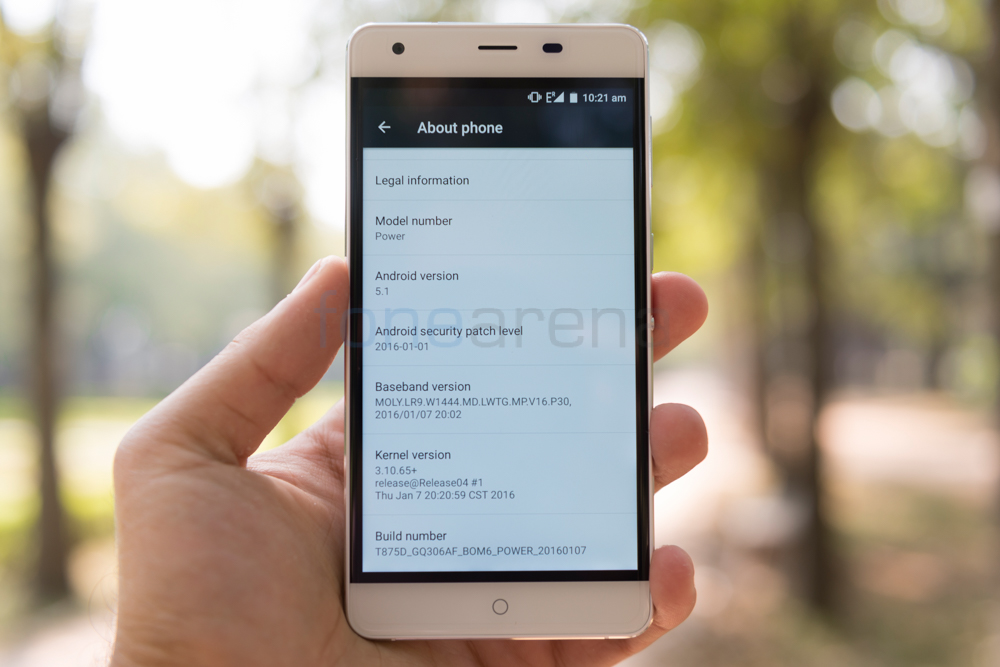 The device is powered by an octa-core MediaTek 64 bit MT6753 processor with Mali-T720 GPU and 3GB of RAM. It runs on Android 5.1 Lollipop out of the box and has 16GB of internal memory that is expandable using microSD cards.

The phone is primarily made of metal and has a metal bezel running all around it. The right side houses the volume rocker and power button as well as a camera shutter key.

The left side features the Hybrid SIM slot that can take 2 nanoSIM cards or a nanoSIM card and a microSD card.

At the top, you have the 3.5mm audio jack and the IR blaster.

At the bottom, you will find the microUSB port, microphone and the antenna cutouts. 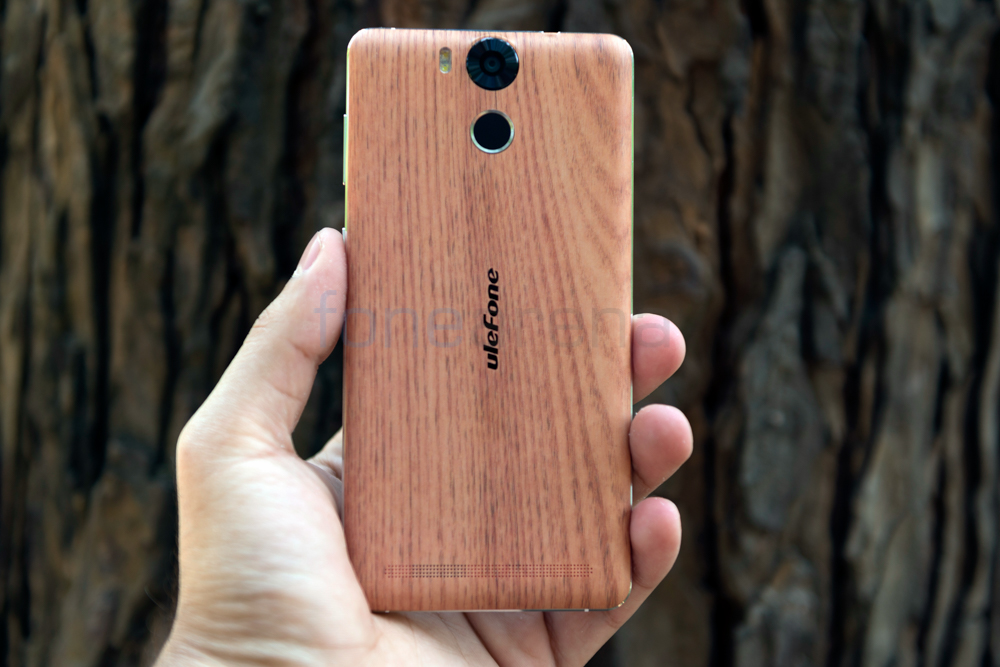 The curved back fits nicely in your palms and the device has a good build quality. The back panel is removable and comes in 3 variants – black, blue and wood. The battery underneath however, isn’t user replaceable. 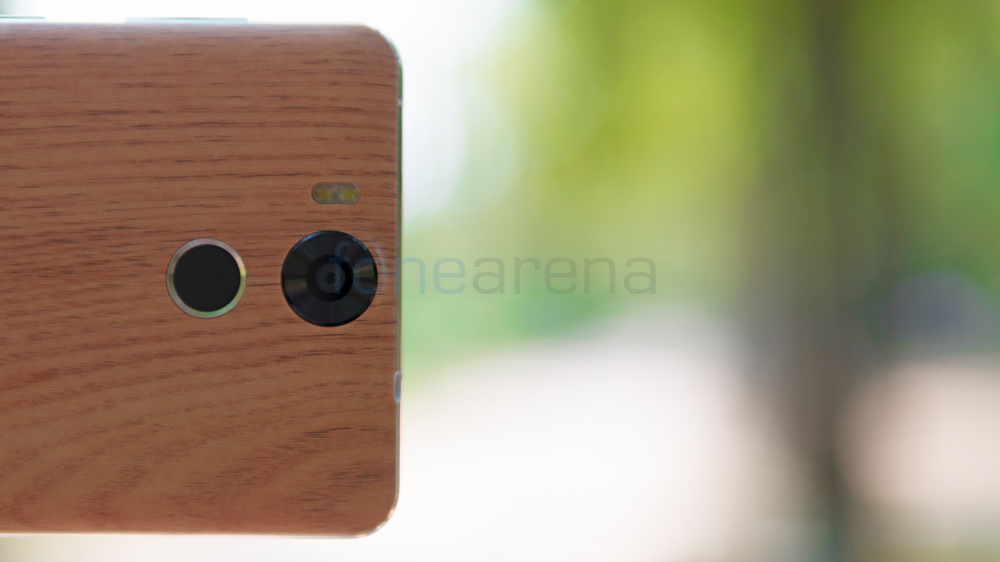 The primary camera is a 13 Megapixel Sony IMX214 sensor with f1.8 aperture and dual-LED flash. There is a circular fingerprint sensor below the camera unit as well.