Along with Samsung Galaxy S7, reports and rumors of the LG G5 have also surfaced since past few months. Now a couple of images of the LG G5 prototype have leaked showing some of the hardware of the upcoming flagship from LG. 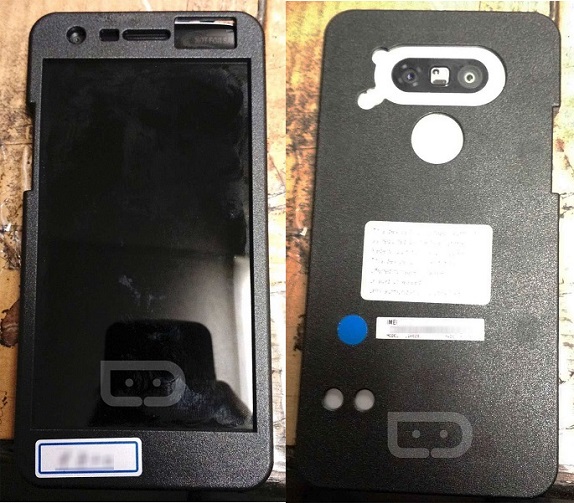 As per the leaked images, the phone sports dual rear camera setup at the back that seconds the last months report of the phone coming with 16MP and 8MP cameras. These cameras will come with autofocus module. Below the camera set up, we can see a circular patch that is the fingerprint sensor. Surprisingly, the volume rockers that are usually seen at the back of the phone on LG devices have been moved on the left side.

The SIM and SD card tray are seen on the lower right side of the phone while a USB Type-C port is situated at the bottom along with a single speaker. For a long time it has been reported that the G5 will have a slim metal unibody design that has a detachable bottom portion which would add the ability to swap batteries. Coming to the specs, the G5 is said to sport 5.3 inch with 2560×1440 resolution and also come with a ticker display that we saw on the V10. Last week, a couple of G5 sketches had revealed the refreshed design of the phone. The LG G5 is expected for a release on February 21st during the Mobile World Congress in Barcelona, Spai