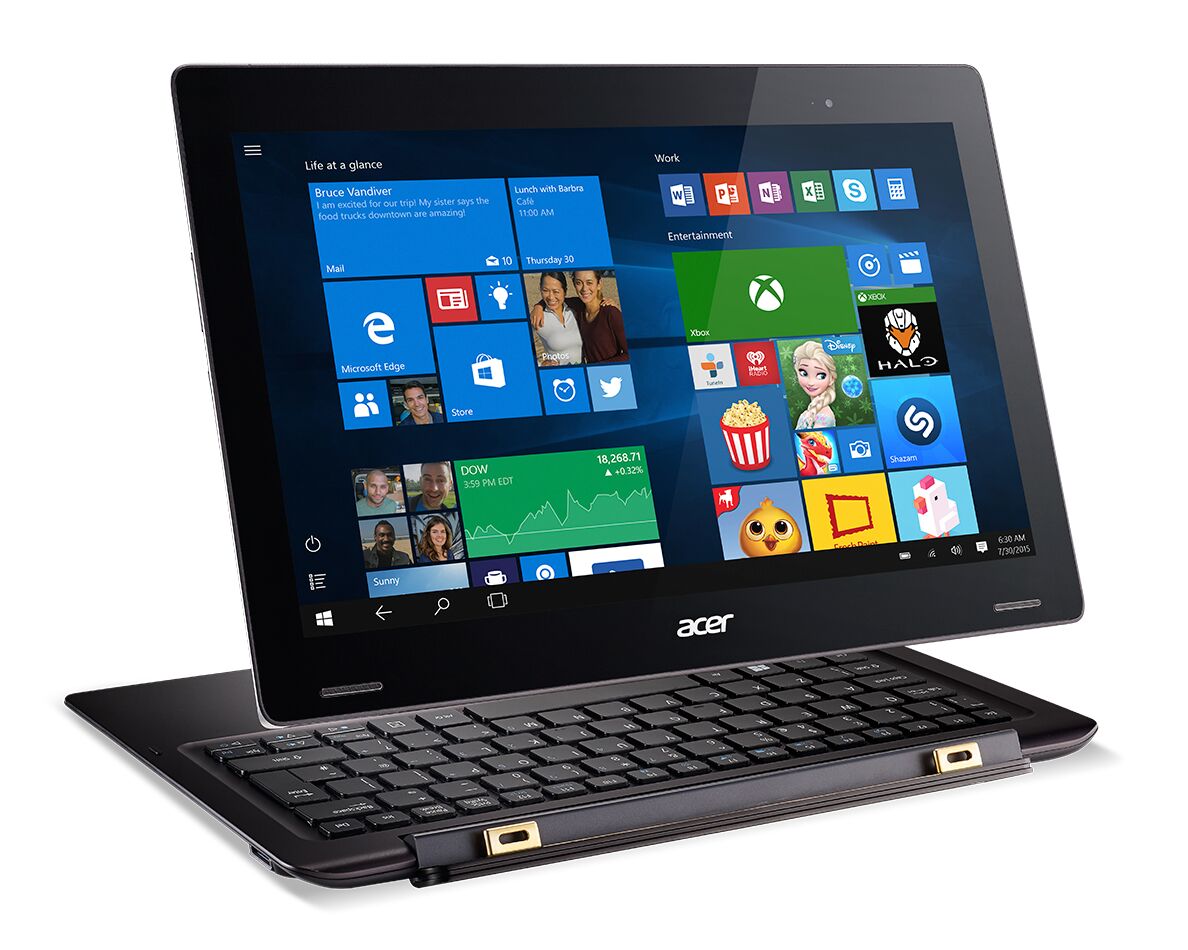 Acer has announced a new 2-in-1 Aspire Switch 12 S at CES 2016 in Las Vegas, alongside new Chromebook 11 and new Windows-10 based Liquid Jade Primo smartphone.

The Aspire Switch 12 S (SW7-272)according to company combines premium design with the latest tech and 12.5-inch display in either 4K or full-HD (1080p) resolution options. It is powered by the Intel’s latest 6th generation Core M processors and feature a USB 3.1 Type-C Thunderbolt 3 port as well.

Other than that the Switch 12 S has two USB 3.0 ports, a Micro HDMI port, a microSD card reader and a headphone/ speaker jack. Initial variants of the 2-in-1 will be available with 4GB or 8GB RAM and either 128GB or 256GB of SSD storage.

Acer claims that the highlight of Switch 12 S is that the patented ExoAmp Wi-Fi antenna is built into the anodized aluminum chassis which as a result ensures both – a sleek modern look, and stable as well as reliable Wi-Fi.

“The fusion of technology and design in the Acer Aspire Switch 12 S solidifies its spot at the pinnacle of our popular 2-in-1 line,” said Jerry Kao, President of Notebook Business Group, Acer. “The Aspire Switch 12 S makes an immediate design statement; many of the features that give it its premium and modern look also incorporate advanced technologies that translate into profound improvements for everyday life.”