Earlier today, HTC One X9 smartphone that got certified by TENAA last month, surfaced today in live images. Now, the company has released a brand new teaser that reveals some of the camera specifications of the next phone that could be the One X9. 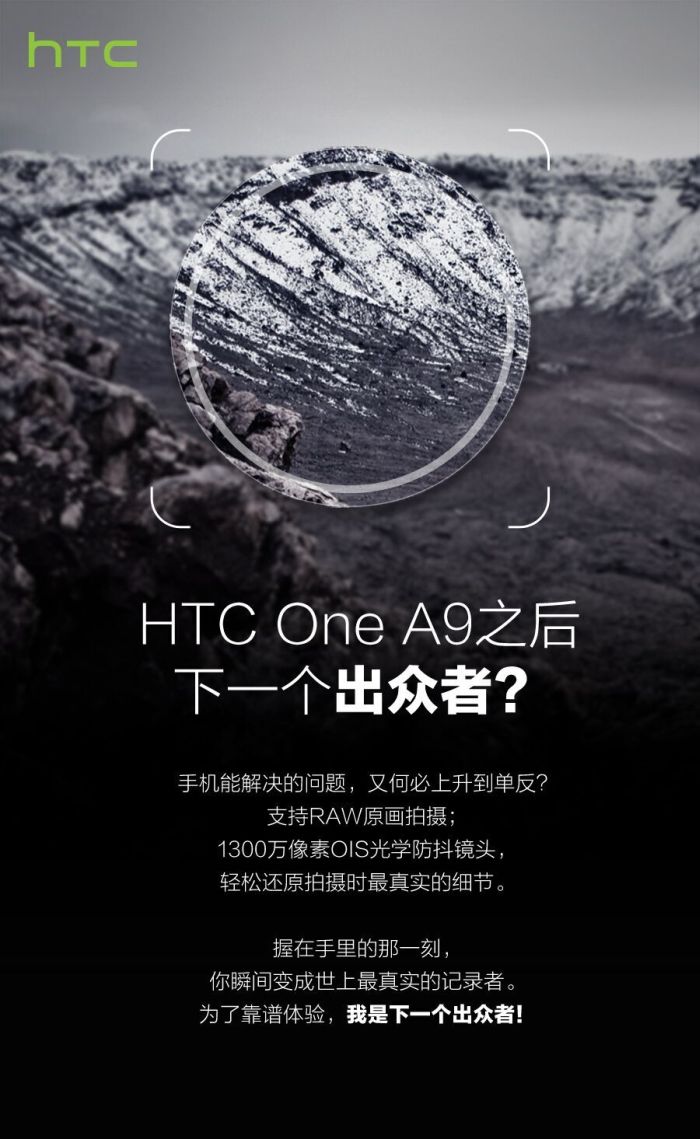 The teaser that was released on Weibo suggests that the phone will have a 13 mega-pixel rear camera and will come with Optical Image Stabilization (OIS). The phone will also support RAW format. Along with the details of the camera specification, the teaser has a caption that reads ‘what’s next after A9’. The teaser and the camera specs hints at a stronger possibility that the phone in the question is One X9.