Flickr has rolled out Flickr VR, a 360 degree photo app for Samsung’s Gear VR headset. The Flickr VR app along with the Gear VR will allow users to experience 360° photos hosted on the service through an immersive virtual reality experience. 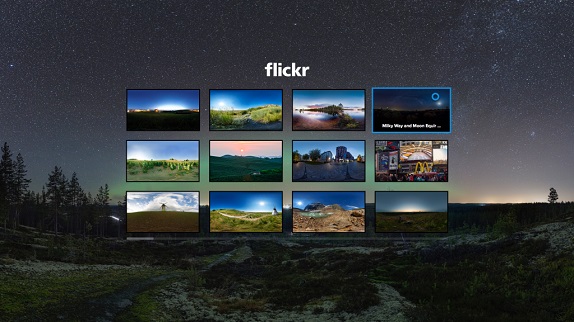 Flickr photographers have uploaded tens of thousands of 360° photos over the years, and now Flickr is providing a new way to experience them through a VR headset. The new Flickr VR app will only work with 360-degree photos that are shared to Flickr.  When you open the Flickr VR app on Samsung Gear VR, you will see a carousel of the top curated 360° photos from Flickr.  VR photos can be seen by clicking the new VR button on the photo page. The Gear VR will make you feel like you are actually present in the photo at the time of viewing it. Flickr said that more new features and experiences for 360° photos for VR headsets, web and mobile are coming soon.