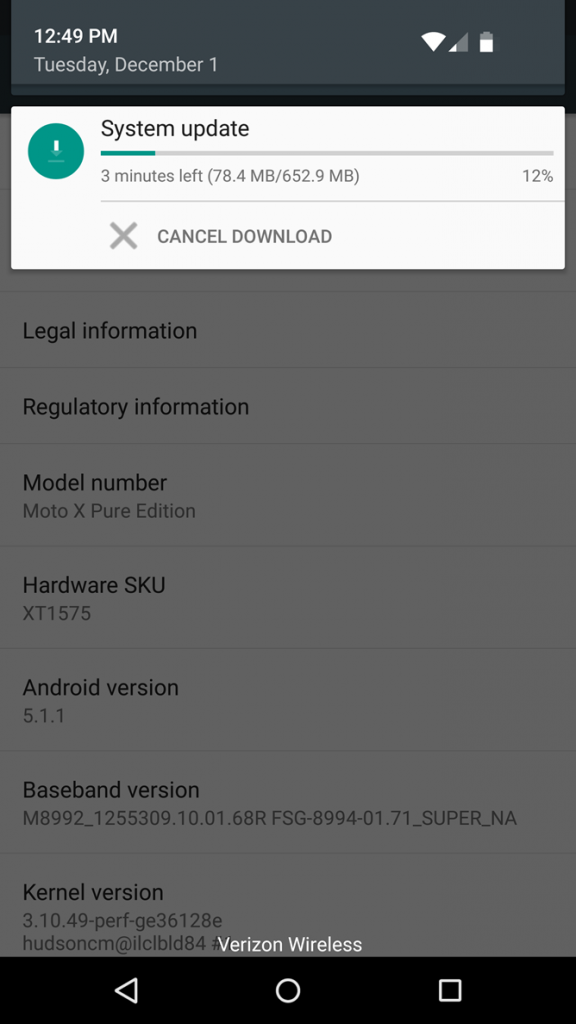 The Motorola Moto X Pure edition which is also known as the Moto X Style in India and some other parts of the world is now receiving a soak test for Android 6.0 Marshmallow in the USA.

This will be the first major update for the handset since its release. At the moment, the device with model number XT1575 is running on Android 5.1.1. The update will bring the device to version 6.0 which is Marshmallow.

The firmware update is around 652.9 MB in size and will be rolled out to helpful members of Motorola’s support forum. That means that the mass update for users in general will roll out pretty soon within the coming few weeks itself. The update will still remain quite close to stock Android and will bring in the various features of Marshmallow such as Doze, app permission etc which should make your phone more enjoyable.