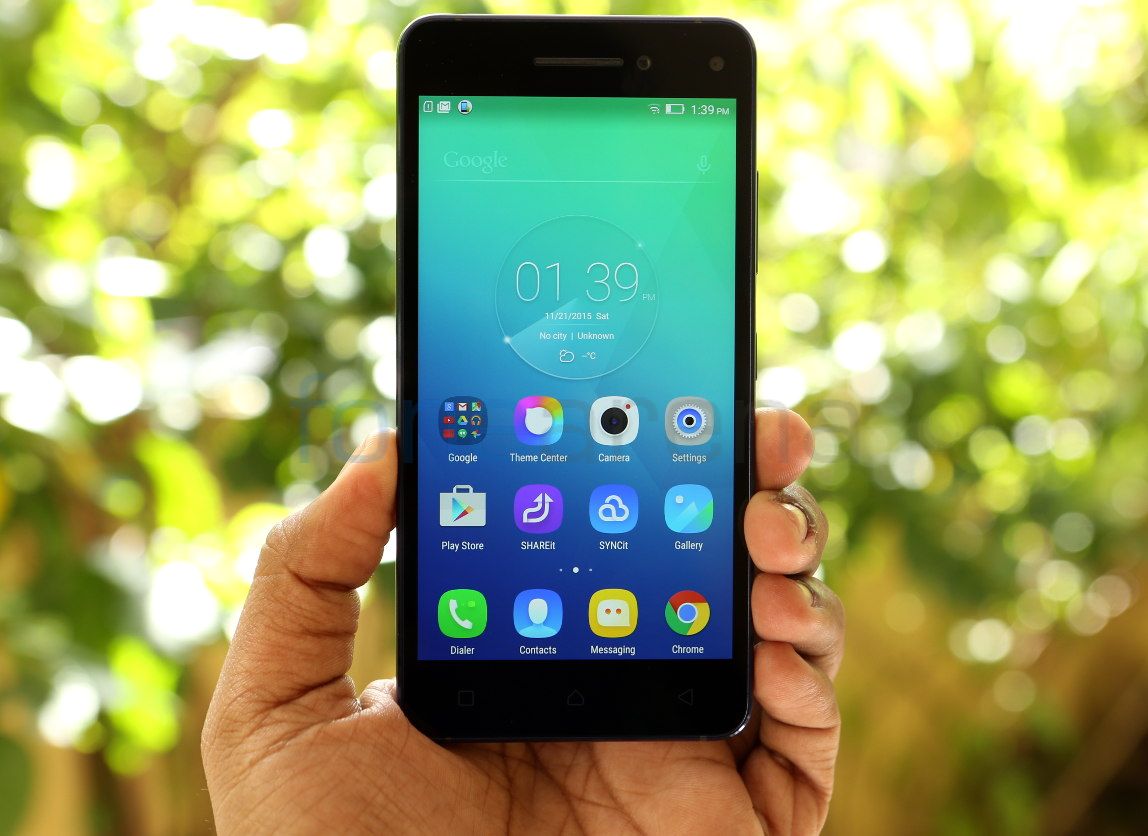 Lenovo launched Vibe S1, the company’s latest selfie-focused smartphone in India earlier this week, exclusively on Amazon.in, priced at Rs.15,999. We recently brought you the unboxing and the first impressions of the Vibe S1 smartphone, and had brought you the photo gallery of the Pearl White version from IFA back in September. Here we have the photo gallery of the Midnight Blue version. 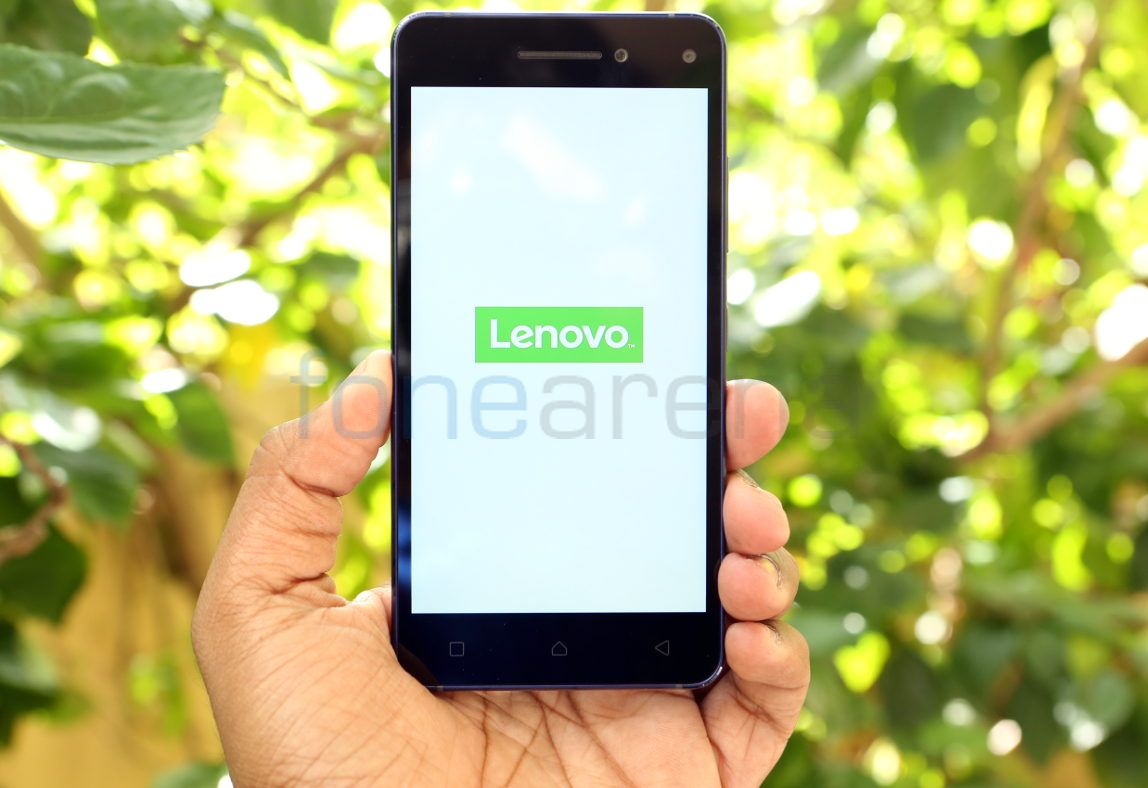 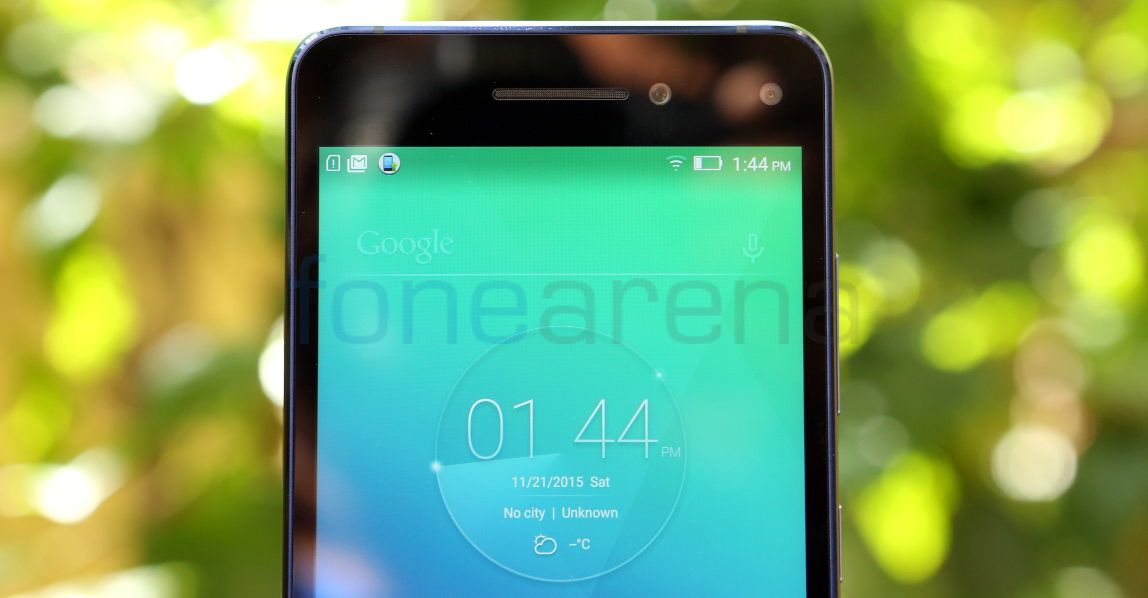 It has a 8-megapixel front-facing camera, along with the secondary 2-megapixel camera. This promises crisp images and depth of field, including background blur, background swap and improved low-light results. It has an earpiece in the center, along with the usual set of proximity and ambient light sensors. 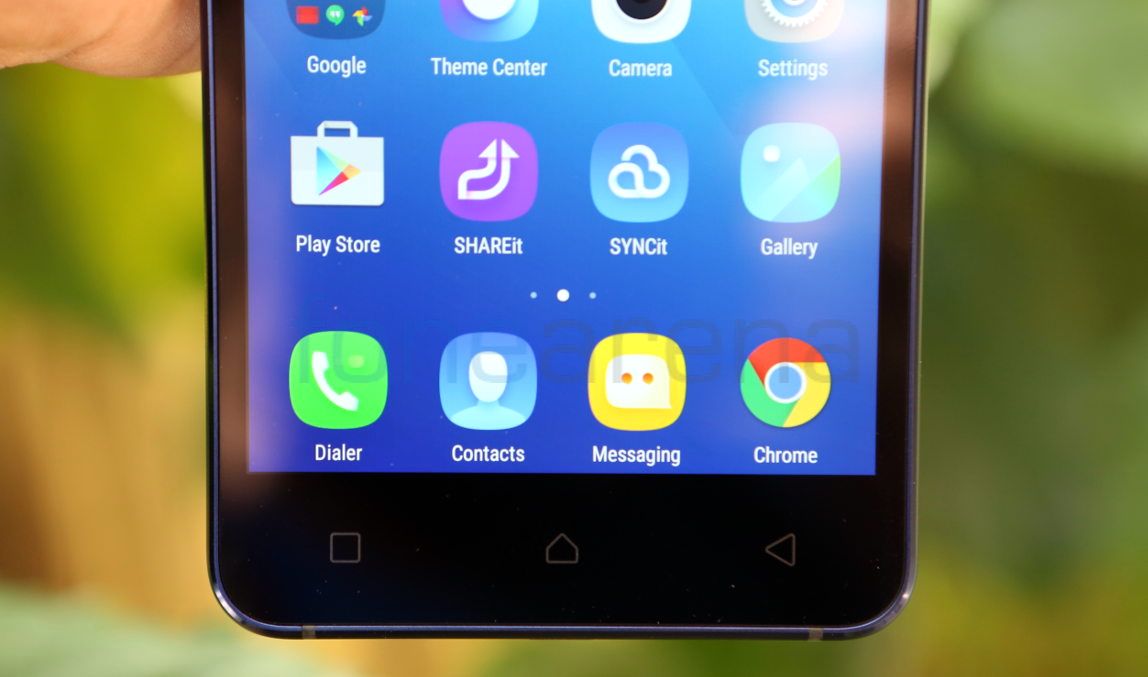 The capacitive touch buttons are present below the display. These are not backlit, but offer haptic feedback when pressed. 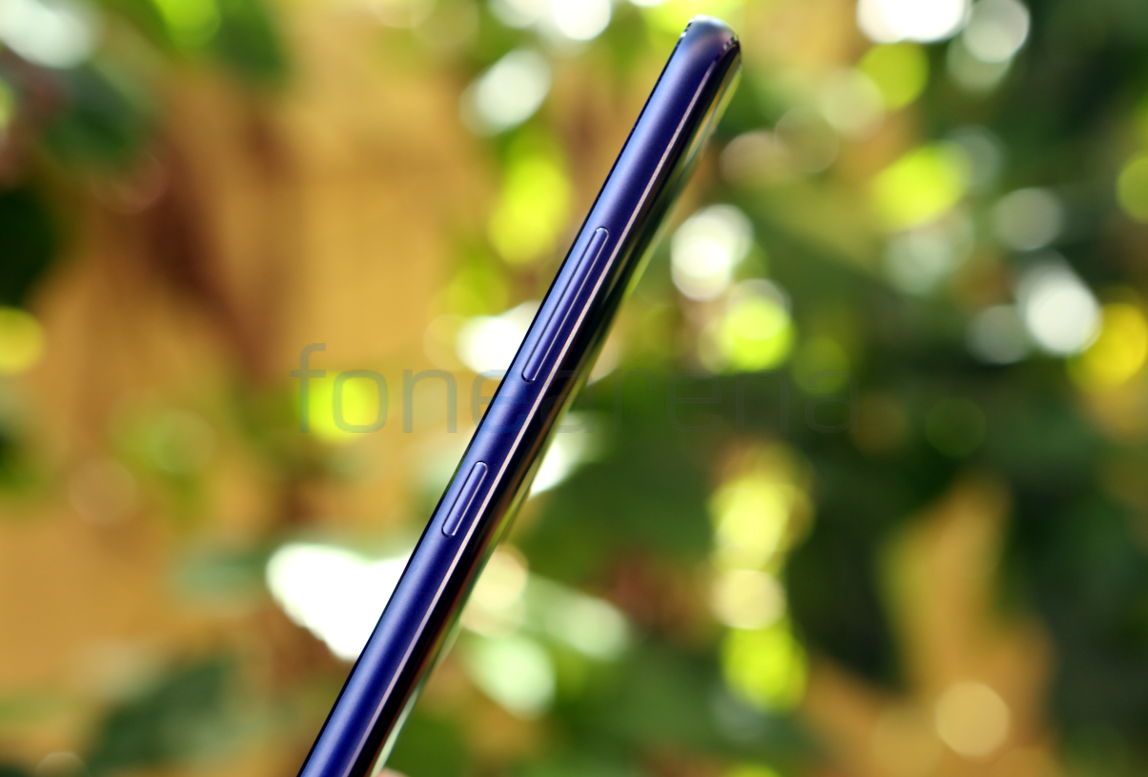 The smartphone has a brushed metal finish on the sides. The volume rockers and the power button that are present on the right side also have metal finish. 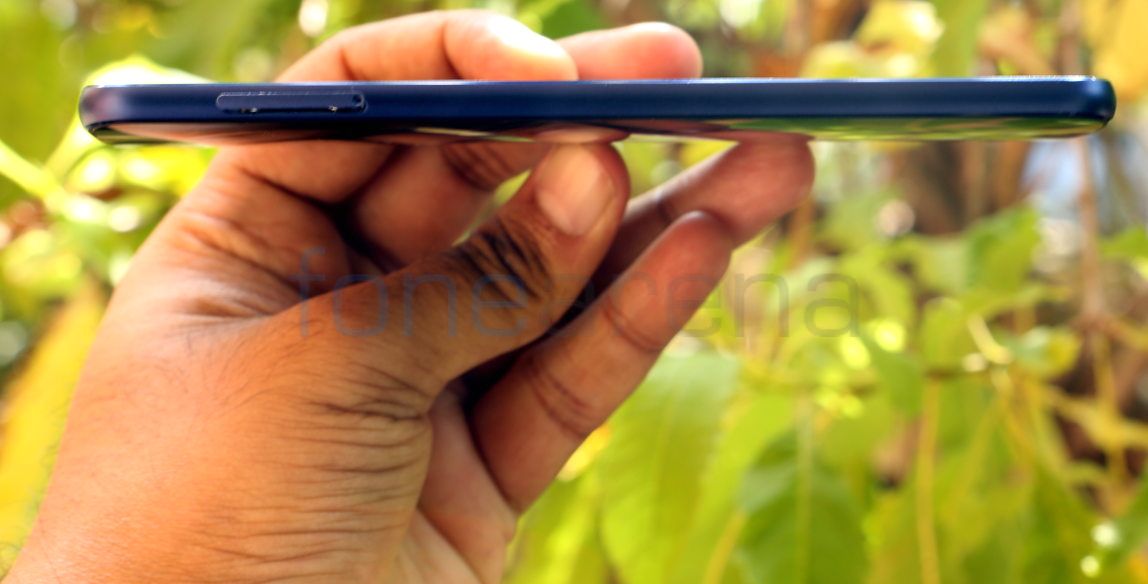 The hybird SIM slot is present on the left side. You need to use the bundled SIM ejector tool to remove the slot, which also has metal build. 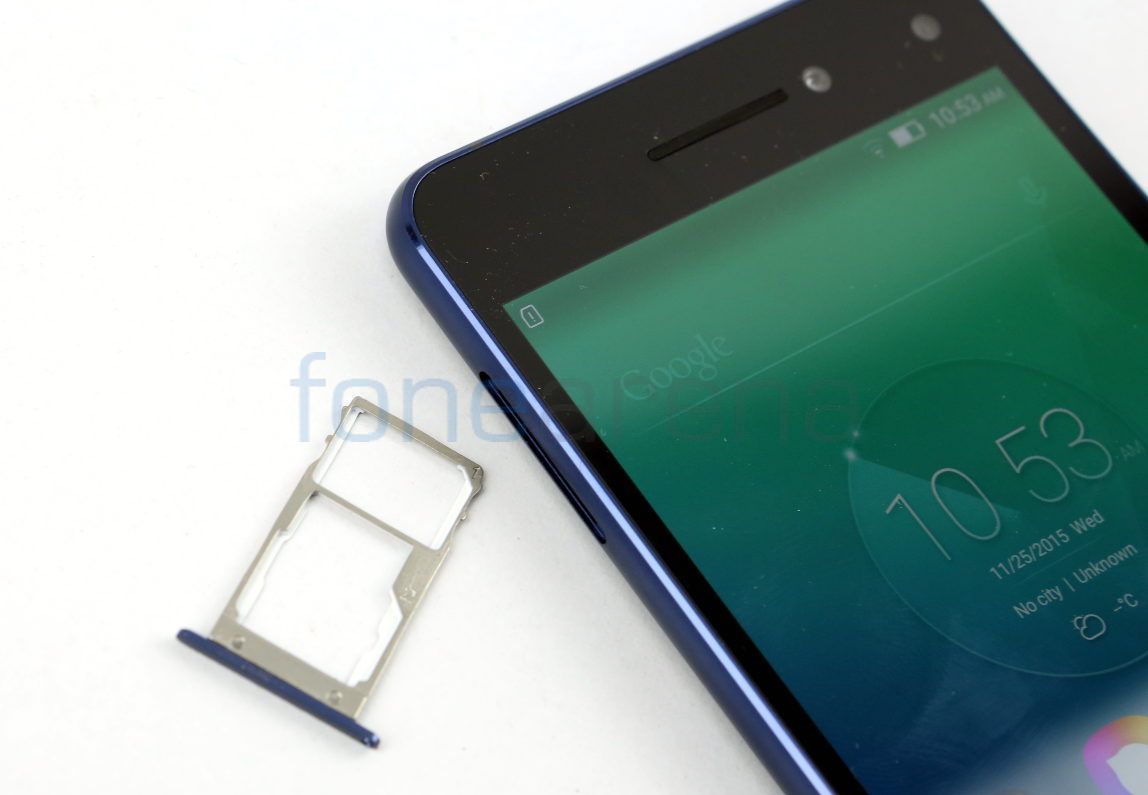 This lets you use two nano SIM cards or a nano SIM and a micro SD card. It comes with 4G LTE connectivity with support for 4G bands for India. 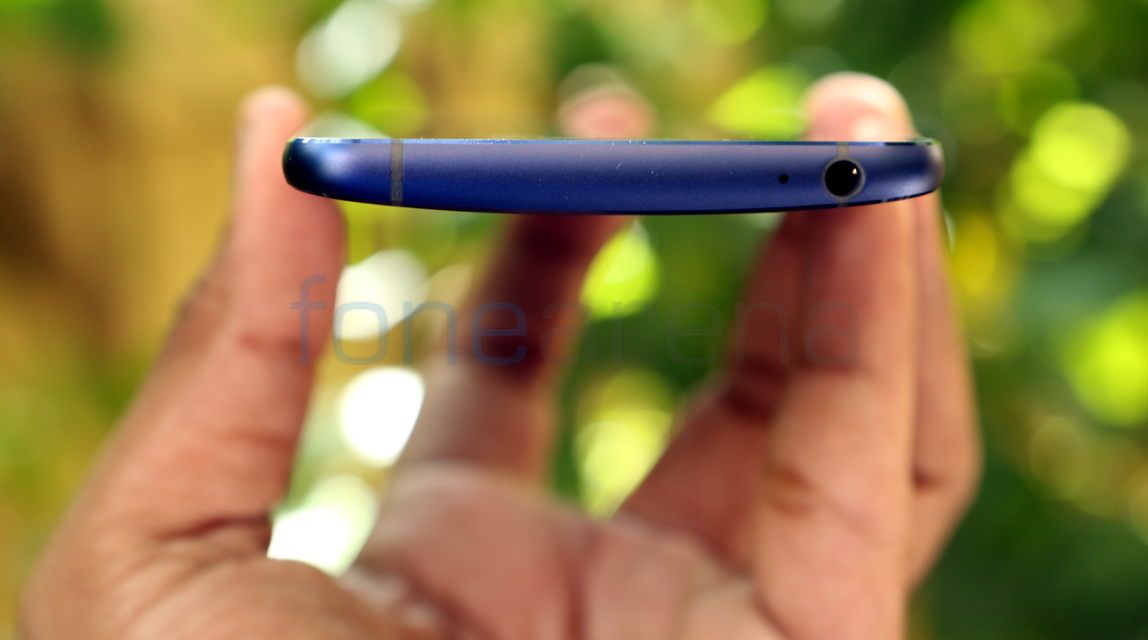 The 3.5mm audio jack is present on the top along with a secondary microphone. 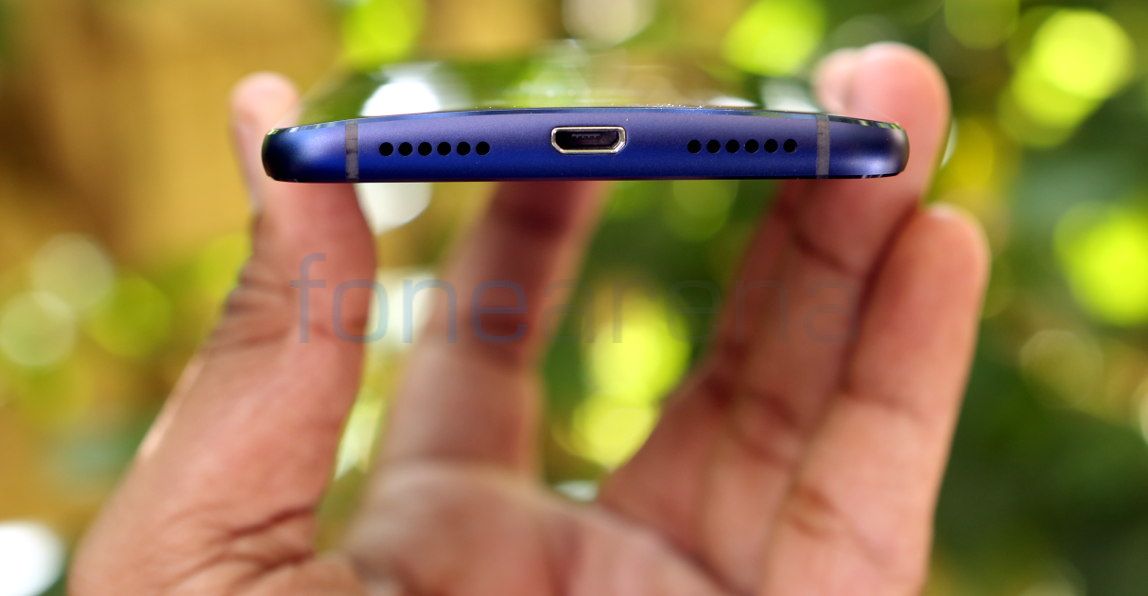 The micro USB slot is present on the bottom along with loudspeaker on the right side and a microphone on the left. You can also see the cut outs for the antenna. 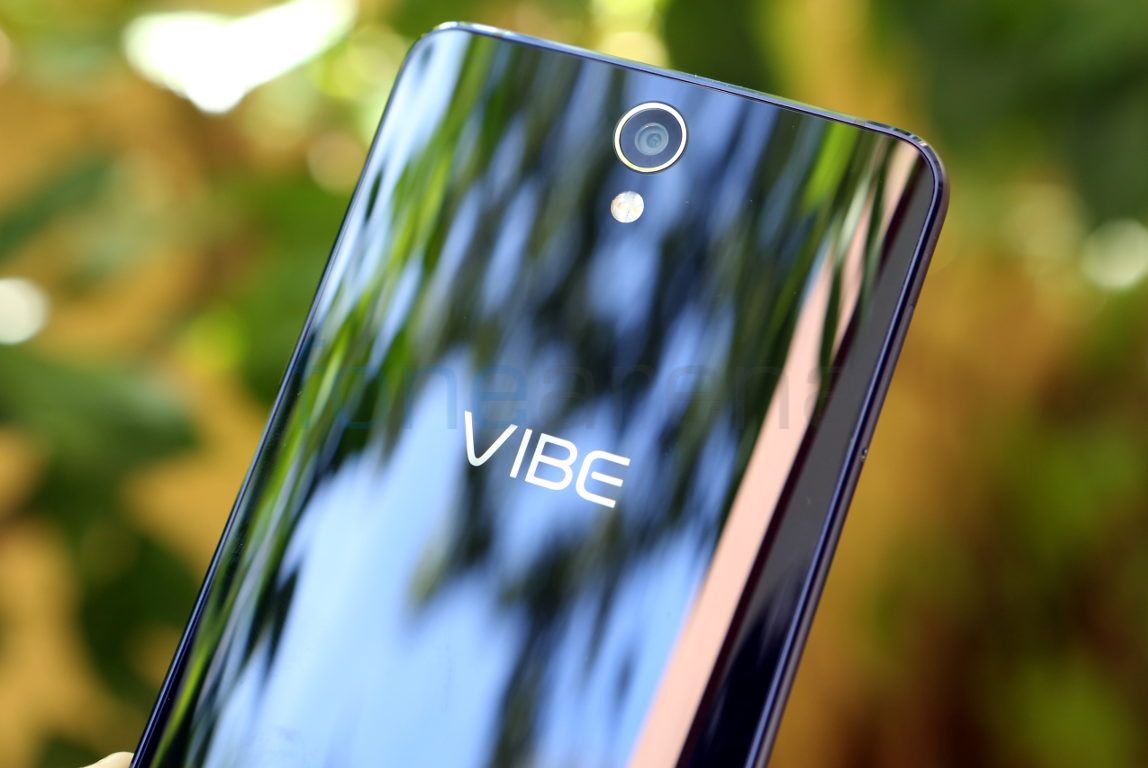 It has a 13-megapixel rear camera with dual-tone LED flash and phase-detection auto-focus (PDAF). There is a VIBE branding in the center. 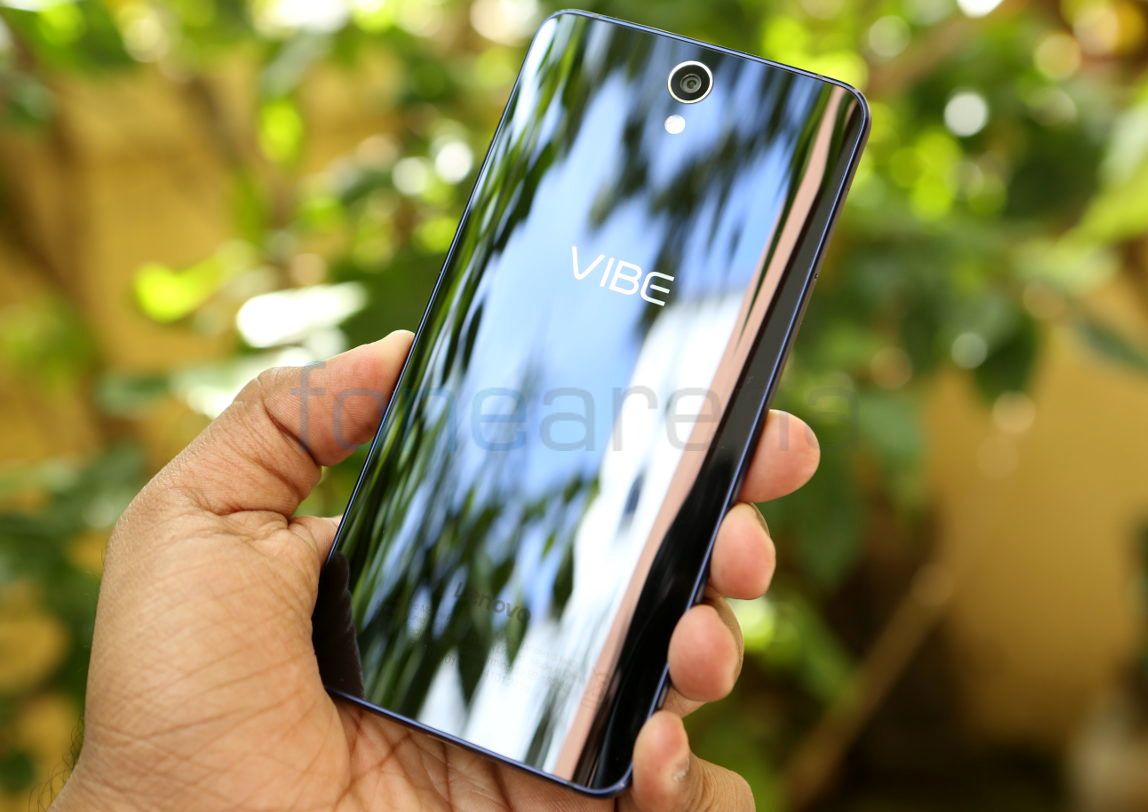 The back has Corning Gorilla Glass 3 protection as well, but it attracts fingerprints easily and is reflective. Even though it has a metal frame, it weighs just 132 grams. It has a 2500mAh built-in battery.