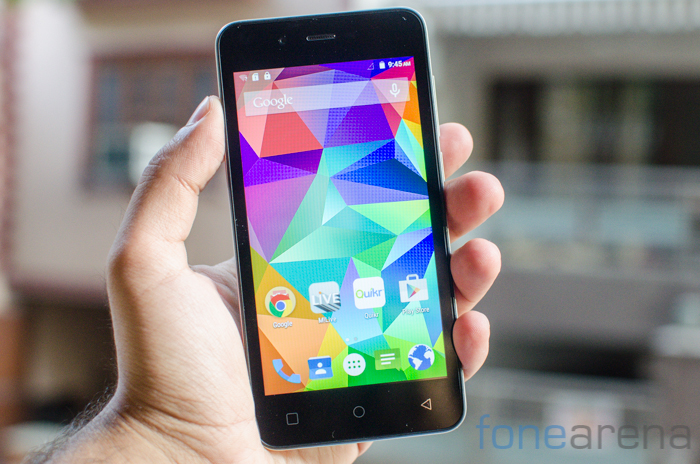 Back in July, Micromax announced that it sold 5 lakh or half a million units of Canvas Spark smartphone in less than 2 and half months. It has also announced that these phones are now available on open sale exclusively on Snapdeal without any pre-registrations. Micromax said that the Canvas Spark series received 90,000 positive ratings from Snapdeal consumers.

The consumer response for the Canvas Spark series has been phenomenal and overwhelming at the same time with the demand for the range is increasing with every passing minute. Currently, smartphone penetration stands at 12% in the country and 3G adoption is barely 10%, which presents a huge opportunity to upgrade. Our partnership with Snapdeal for the Canvas Spark series reaffirms our commitment to make 3G more accessible for the masses, introducing more people to the best of the connected world. We expect the sales of this device to touch a new high in the coming weeks and hope to further strengthen our leadership in mass smartphone category in India.

We are delighted with the response that this phone has received. The Canvas Spark series has been amongst the best performing smartphones on Snapdeal with a phenomenal response from our customers across more than 5000 towns and cities of India. There is a huge untapped market for smartphones in India and we will continue to offer our customers access to the best smartphones at great value.