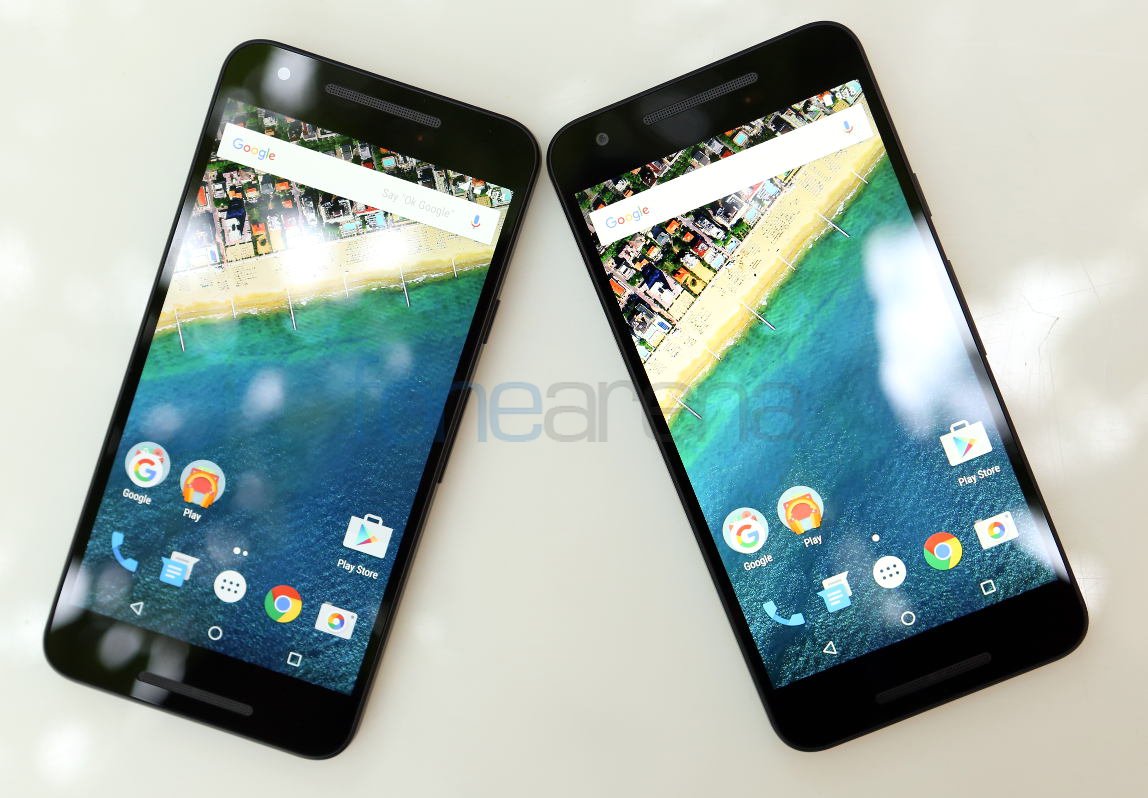 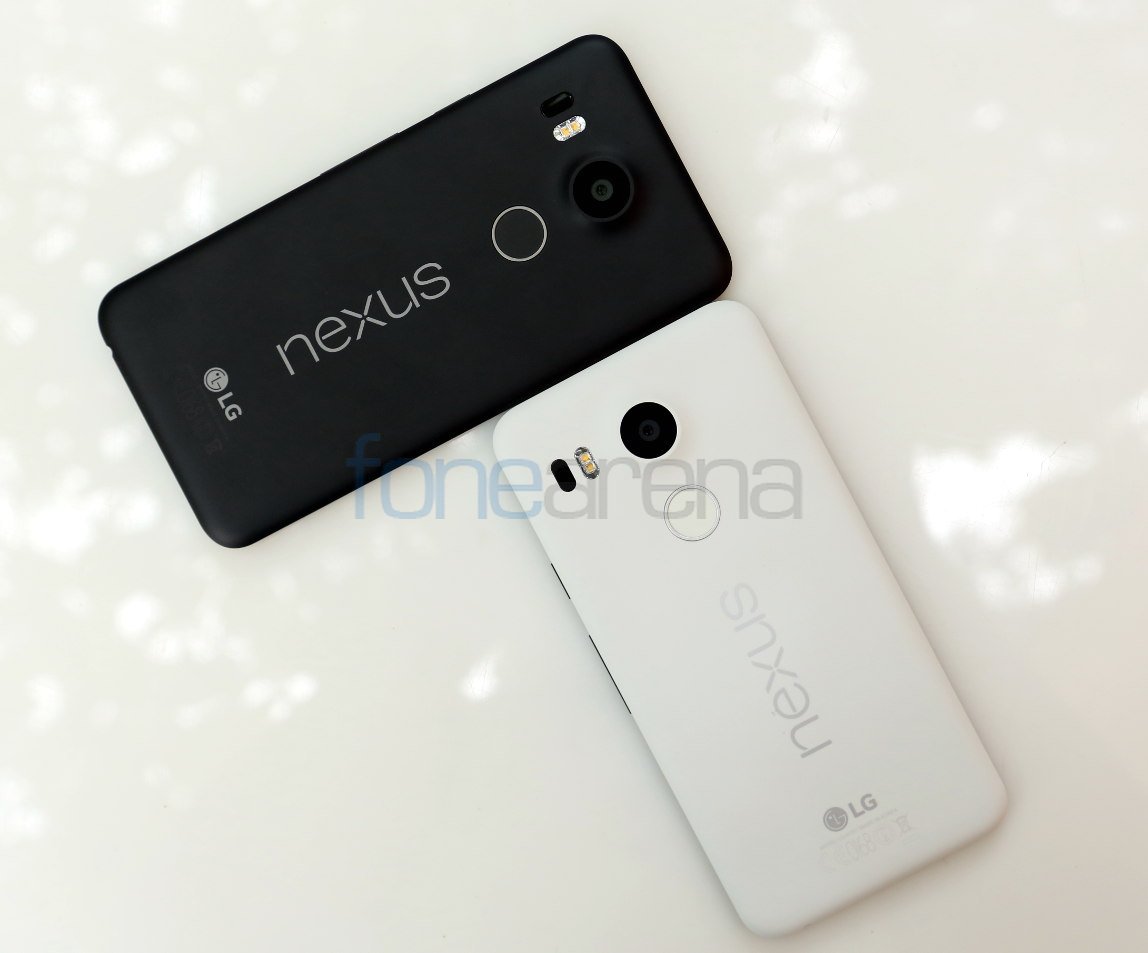 Google had announced the Nexus 5X smartphone last month following which it was officially launched in India earlier this month. We have already seen the unboxing and photo gallery of the phone. Now let’s take a look at the phone in white variant along with the black one in this photo gallery. 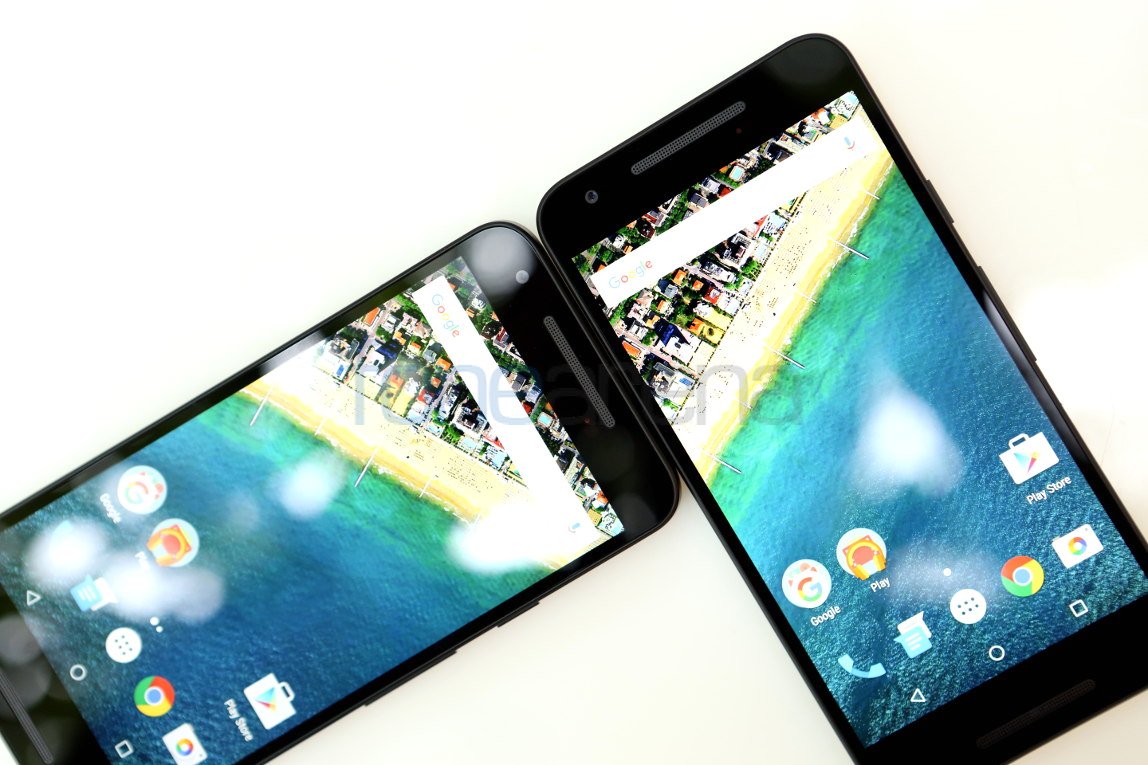 At front the phone has earpiece at front along with a 5MP front-facing camera, f/2.0 aperture and usual set of sensors. 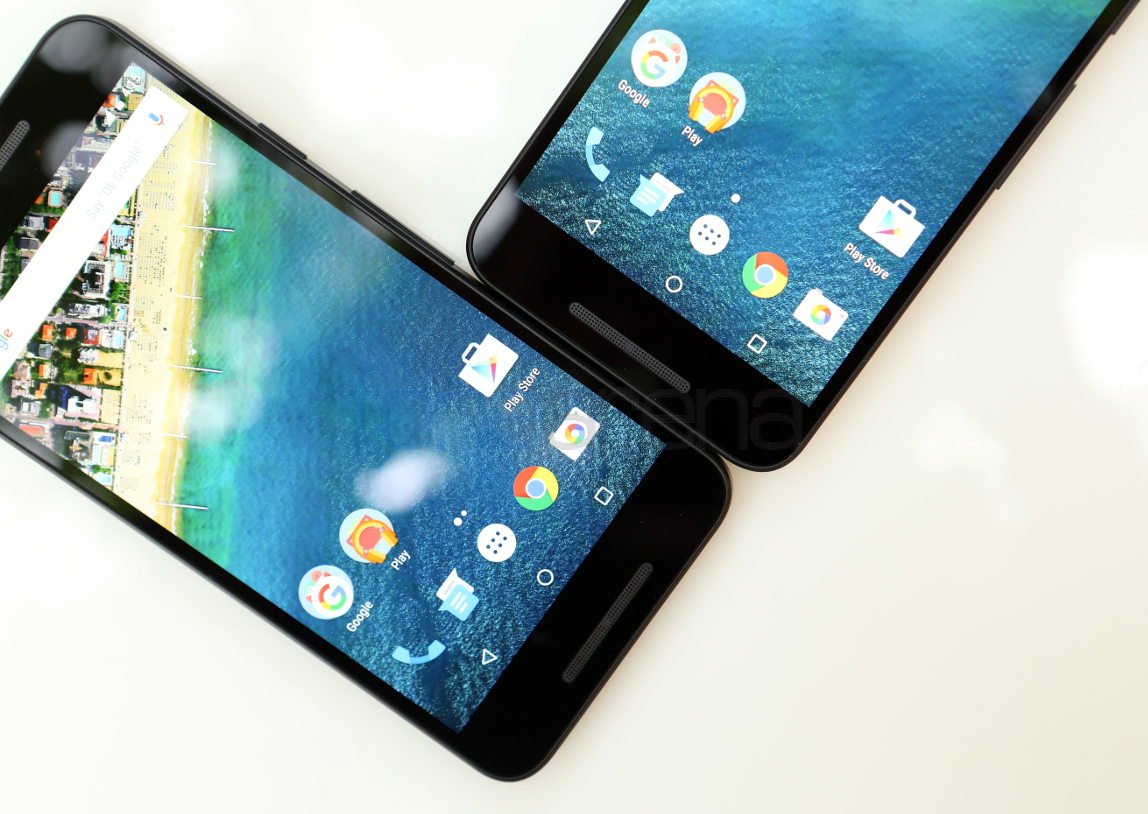 There are three on screen touch buttons on the screen. 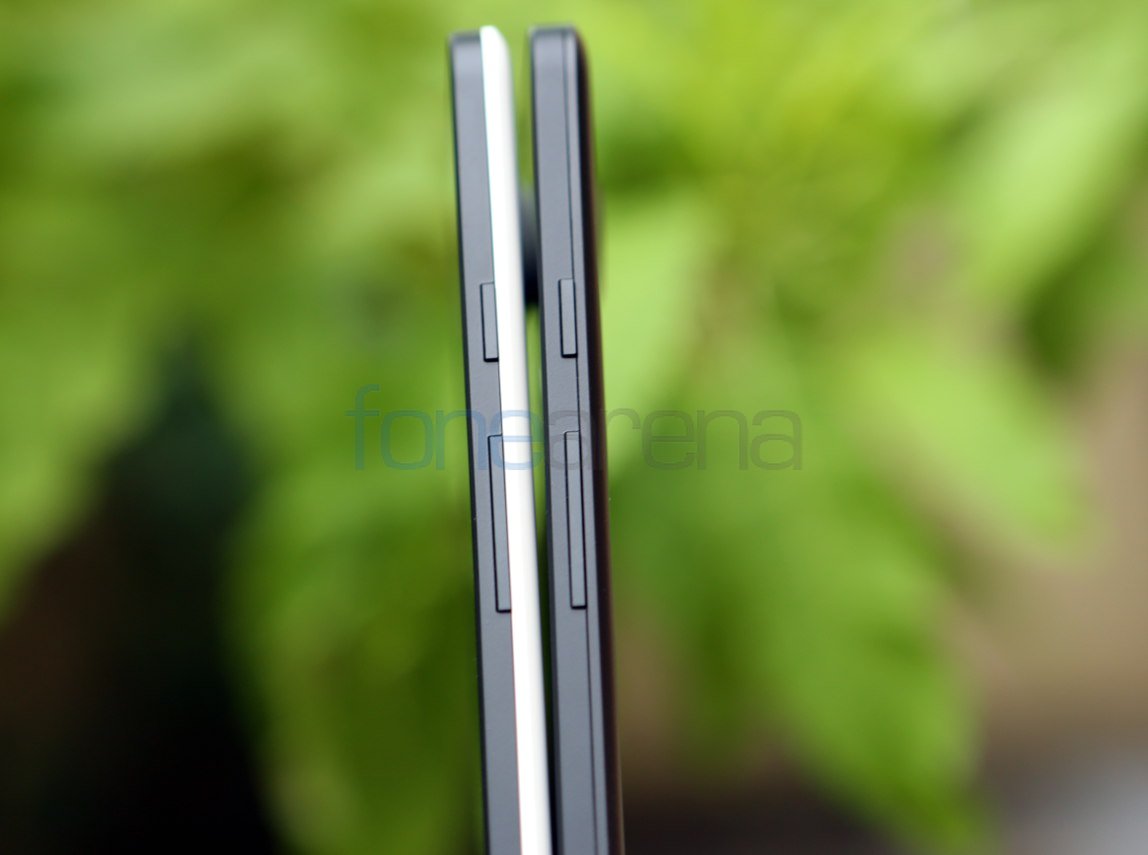 The power button and volume rockers are present on the right side. As you can see, the white back is clearly visible from the side, offering a two-tone finish. 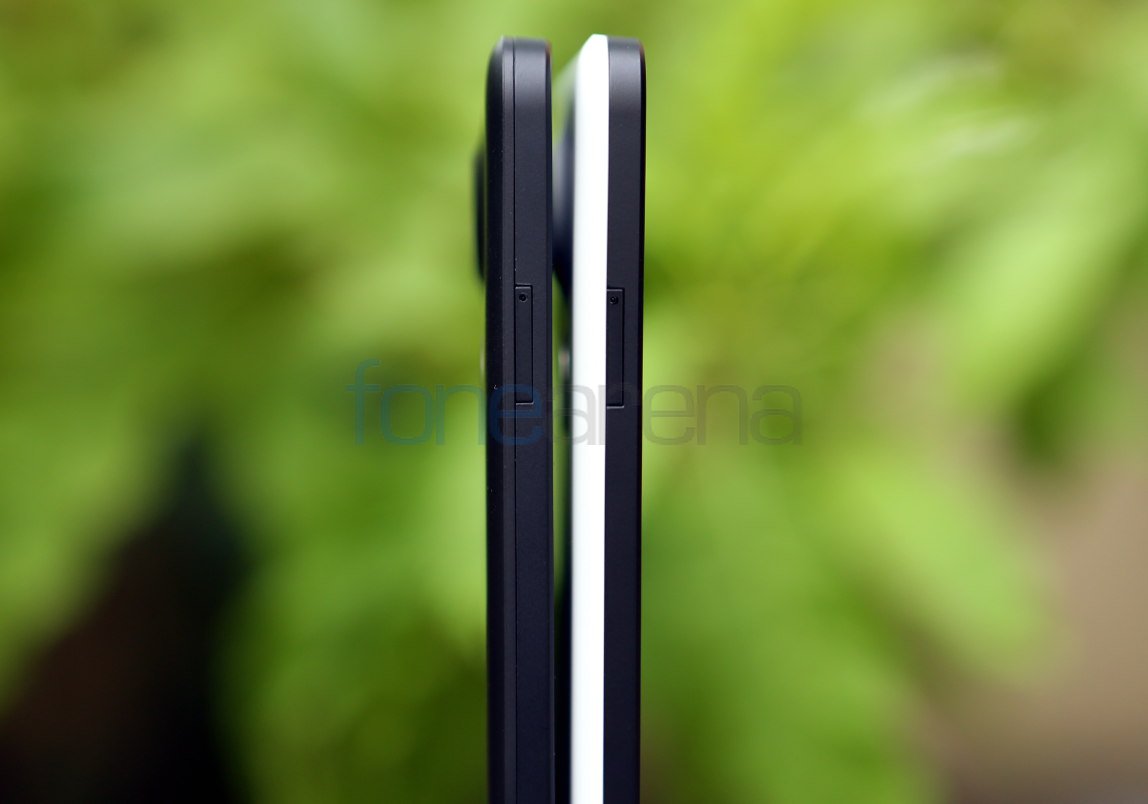 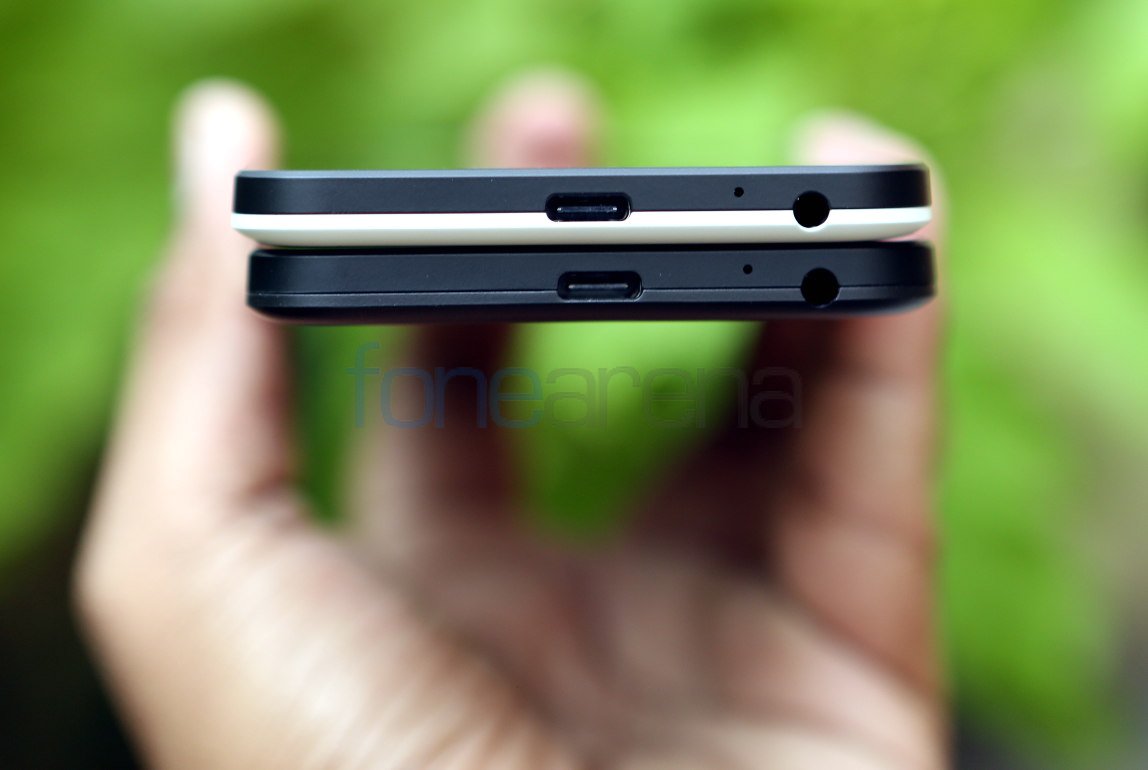 The USB Type-C port, 3.5mm audio jack and a microphone is present on the bottom. 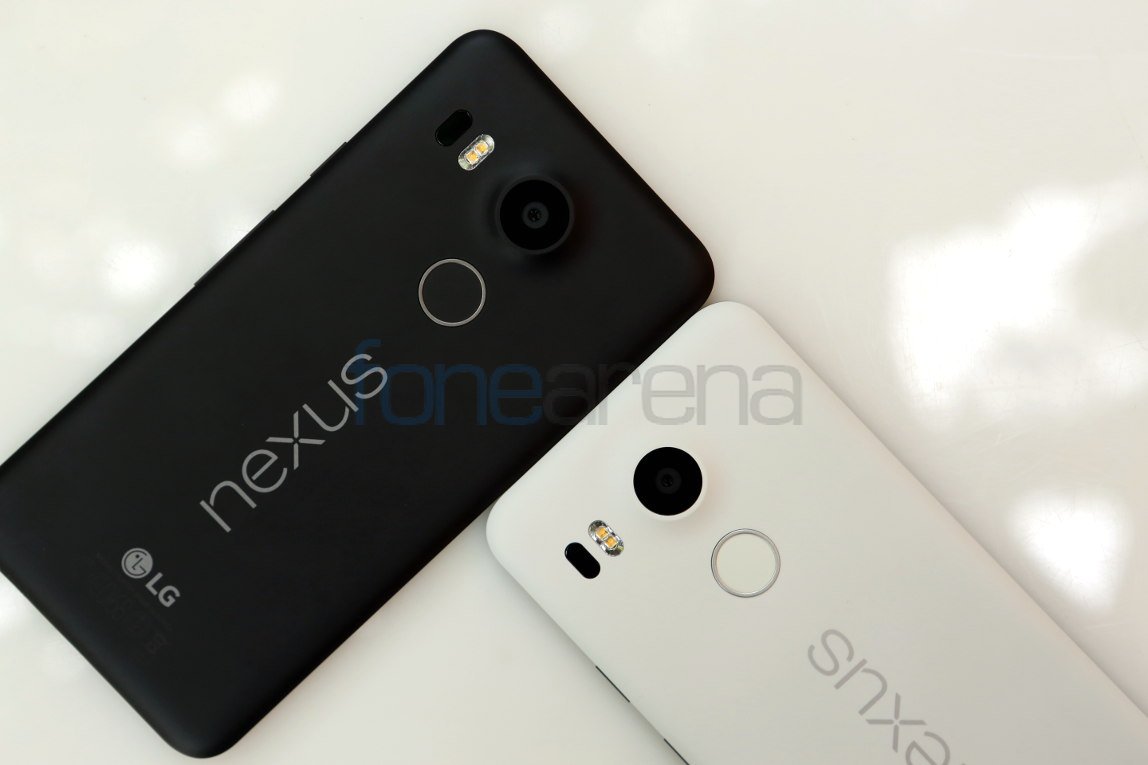 The back panels are present in black and white and have Nexus’ branding engraved on them. Also present is LG branding below. At the back the phone has a 12.3MP rear camera with dual-tone LED flash, 1.55 micron sensor, f/2.0 aperture, Laser Auto focus. Present below the camera lens is the fingerprint sensor called as the Nexus Imprint which can be used for secured lock and payments using Android pay. 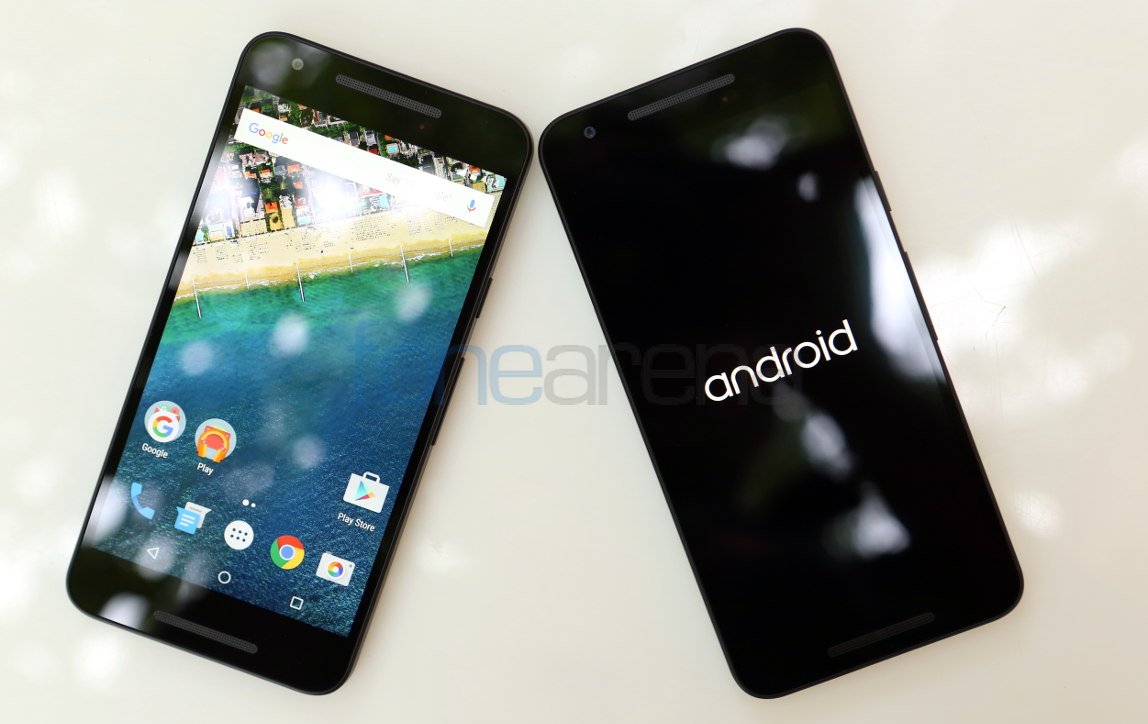 The phone has a 2700mAh battery and supports connectivity options like 4G LTE, WiFi 802.11 a/b/g/n/ac 2×2 MIMO dual-band, Bluetooth 4.2, GPS, NFC. The Google Nexus 5X comes in Carbon Black, Quartz White and Ice Blue colors and is priced at Rs. 31,900 for the 16GB version and Rs. 35,900 for the 32GB variant. They are available on Amazon.in and from several retail stores across India.