Google has updated its monthly Android distribution numbers for the month of October. Android Lollipop adoption is increasing every months and reached 23.5% this months. 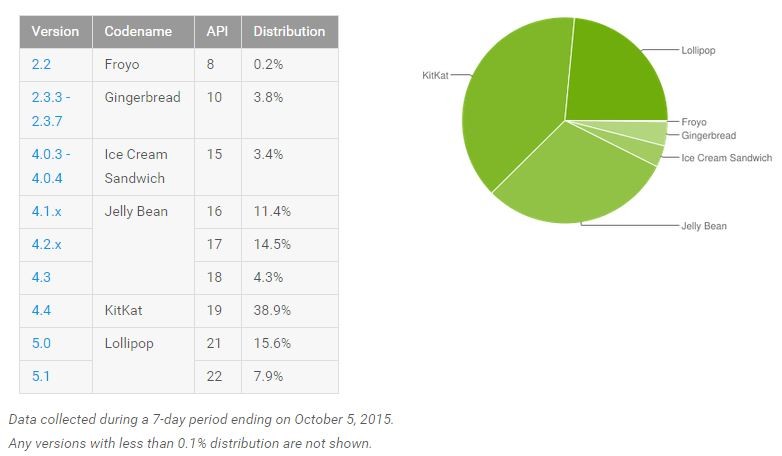 Google has started rolling out it’s latest Android OS 6.0 Marshmallow on Nexus devices earlier this week so it is not present in the distribution chart this month but it will make its debut next month for the first time. The Lollipop adoption has been impressive and is continuing to grow each month as more and more smartphone makers are releasing updates.