Google has updated Play Services that brings a number of new additions. The latest update which bumps the Play Services to 8.1 gets new APIs, app permissions and more.

Google has announced that Marshmallow now has a new permissions model aimed at improving the way app installs and updates are handled. Developers will need to upgrade their apps to support this using the new SDK. This will enable you to manage the permission flows appropriately for your app and avoid any potential connection issues. Next up, the update adds app invites that allow users of your app, invite others to check our the app via email or SMS. Google Play services 8.1 adds the ability for developers to customize the email invitation, including adding a custom image, and specifying a call-to-action button text. These improvements should help developers increase user engagement and conversions with app invites. 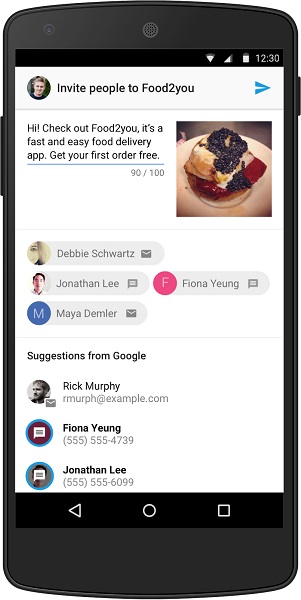 Play services 8.1 brings ambient mode support to the Google Maps Android API. In this mode, a simplified low-color rendering of the map will be seen. This reduces power consumption by lighting fewer pixels, but the camera and zoom level are retained, so user context will be kept. The Ambient Mode support for Google Maps Android API is also available for Android Wear.

Google Nearby will lets developers build simple interactions between nearby devices. This new addition will let your app receive callbacks when an active Nearby publish or subscribe expires. The SDK is now available for developers to download. You can learn more about Google Play services via the Google Developer Website.