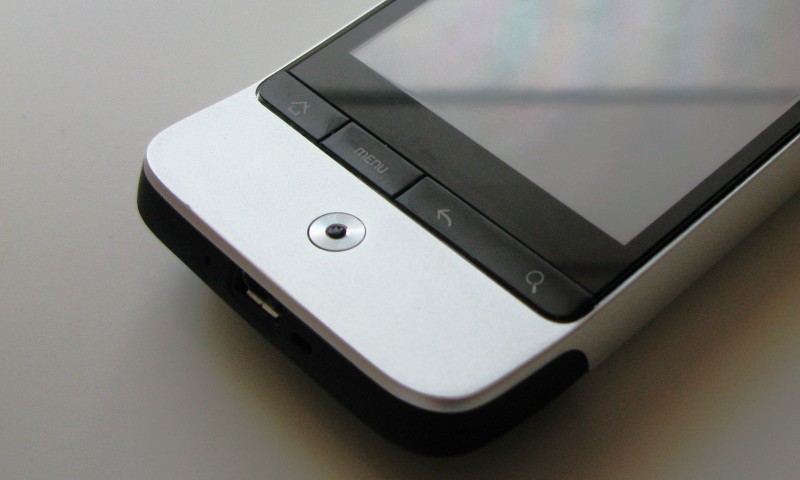 I have never been impressed by Android, particularly the UI, so I wasn’t looking forward to receiving the HTC Legend for review. But this thing runs HTC Sense, and I have high hopes that it would be able to tuck away some of Android’s own UI deficiency.

First the hardware. The Legend features an incredibly sleek aluminium unibody design. This gives it a  highly desirable and premium look, but it also makes it a very slippery phone. There are some rubber on the backside, but they are on the wrong sides. The front is dominated by a gorgeous 3.2″ HVGA (320×480) AMOLED capacitive touchscreen display. It is equally as good as my Walkman X-series DAP. While the screen works amazing indoor, it is for all intent and purpose utterly useless during sunny days. 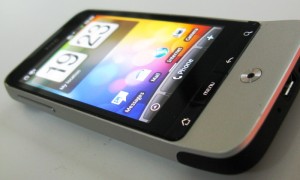 Below the screen are a couple of hardware keys. These includes Home (self explanatory), Menu (assessing the menu), backspace (return to previous screen) and a magnifying glass for bringing up the quick search box. Below the row of keys is the optical joystick shaped like a tiny ball. While it duplicates the functions of a traditional d-pad or optical trackpad, I can’t say I enjoyed using it due to its sensitivity and its location very near the bottom.

The left side features a volume rocker. After years of getting used to the volume keys being on the right side, it did take some getting used to, but it isn’t a huge issue. The right side on the other hand is bare. The power key and 3.5mm headphone socket resides on the top. The bottom house the micro USB charging/sync slot, microphone and lanyard loop. Finally the backside features the 5 megapixel auto-focus camera and a single LED bulb for flash duties. The loudspeaker sits on the left side of the camera module. 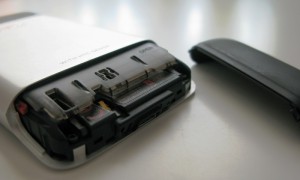 Accessing the battery, sim card slot and microSD card slot requires you the pry out the rubber plastic hatch. Removing the hatch will expose a flap that when flipped will give you access to the 1300 mAh battery, sim card slot and microSD. microSD cards are unfortunately not hot-swappable as the battery will merely slide out if you try. Overall the build quality is excellent with nary a flex or creak when squeezing it.

Booting up the HTC Legend reveals HTC Sense running on top of Android 2.1. Sense is a very pretty and quick UI, though it gets tedious after a while. I also can’t say I like the small icons that much, which makes it harder to select especially those with big fat thumbs. Widgets are easily accessible by swiping around either through the screen or the optical joystick. 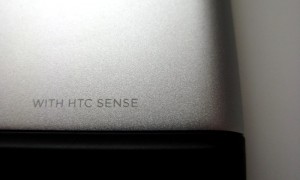 There are two hugely annoying bit about the HTC Legend’s software (and I suspect all HTC Android phones with capacitive screens). First the screen is just too sensitive. I can’t remember the number of times during the past one week that the OS would misinterperate an accidental skin contact for something else, thus ruining what I was doing. Second, the screen vibration feedback only works on the virtual keyboard and nothing else.

The Legend has surprisingly good audio quality. While it isn’t no where near my Walkman or even some mid-end Nokia phones, it is a massive improvement over my last HTC device (Artemis) – which often sounded like a cheap MP3 player you get at market stalls. The Legend on the other hand sounds excellent via my Sennheiser IE 8, with good neutral mids though it does suffer from bass drop-offs. Overall, the Legend is competent enough to be a ‘backup player’. The same can’t be said about the bundled headphones which is pretty awful sounding, so make sure you invest in a proper pair of headphone. 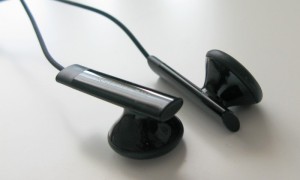 The 5 megapixel auto-focus camera has a maximum resolution of 2592×1936 pixels, and should perform well, in theory. The UI unfortunately left much to be desired which isn’t surprising to be honest. Still there are plenty of manual settings for people who wants to get the most out of the camera. Image quality is average with pictures suffering from poor contrast and plenty of noise. This isn’t a camera you would want to use in low light situation. Samples are provided in the gallery below.

99.99% of all cameras has shutter buttons on the top right casing. It has been the norm for decades, if not forever since compact consumer cameras were first created. There is a reason why it is there – it allows one to hold the camera securely, even one-handed if they wanted to, whilst using the index finger to take pictures. Not so with this. The camera shutter is that small poxy round thingy known as the optical joystick I mentioned earlier. It is so unnerving to use. 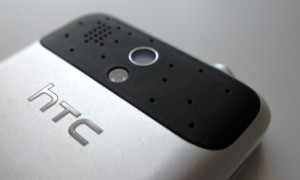 The camera module at the back is too closed to the edge, meaning if I am not careful my fingers will often find its way into pictures. I could use it one handed, but the combination of poorly placed camera shutter button joystick and slippery body meant that unless I used it two handed I would be staring at an incredibly expensive paperweight.

Like most modern smartphones, the HTC Legend comes with a built-in GPS receiver chipset. Cold lock without A-GPS takes a couple of minute which is pretty much standard these days. It does not ship with any navigation application bar Google Maps (it is a Google OS after all), which works well provided you have a pretty good data bundle with your service provider. Using Google Maps is easy enough so I won’t bore you with details about it. 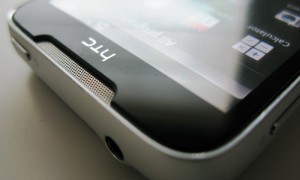 Perhaps the most important bit of a smartphone that many forget is the call quality. Fortunately the voice quality and reception is above average (tested on T-Mobile UK network). The Legend would also vibrate when your call is answered, which is a very useful feature where one do not have to hold the phone to the ear in order to know if the call is connected. Unfortunately the Legend does not feature a front camera, so video calls are not possible.

The phone book (called People) is one of the most fleshed out address book programs I’ve had the pleasure to use on any phones. It not only holds all the basic details as expected from a phone book, but will also display text messages and e-mails, Facebook/Twitter/Flickr integration and call history – all of which are sorted in tabs associated with that particular contact. 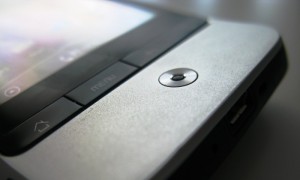 HTC has produced a great looking smartphone with the Legend. At around £350 in the UK for a sim-free model, it is similarly priced to many decent smartphones with similar spec-ed on the market like the N97 Mini and Motorola Milestone. Both the N97 Mini and Milestone has slide out keyboards, so can be argued as better value (the Milestone also has better overall specs). though one does runs Symbian^1 which most either love or hate, and the other runs on stock Android. And for only £50 extra you can get the HTC Desire, a phone with much better spec and a better form factor.

While I’ve not change my mind about Android, the Legend should be a sound investment for people who are in the market for a phone with such an OS. It is rather lovely looking. However I do believe that  HTC has taken the form over function road with this. It isn’t something I can’t imagine people would be happy to use as an everyday device after the initial oohs, and aahhs. Maybe the Desire?

– No front camera for video calls