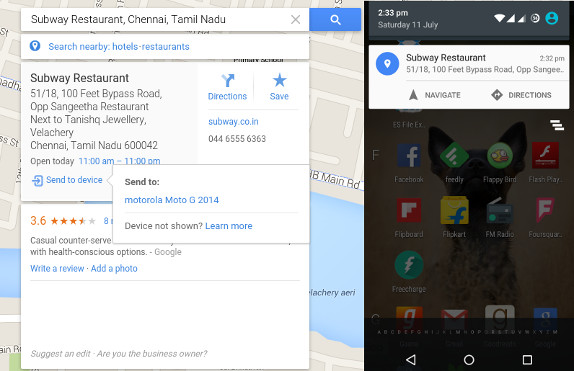 Once you search for a place on a desktop, after signing in to your account, there is a small ‘Click Send to device’ option below the address of the location. If you have signed in with the same Google account on several devices, it will show all those devices so that you can send the direction to Any of your Android or iOS devices. Once it’s sent, your Android device will receive a push notification with options to Navigate or show Directions to the place using Google Maps app.

Even though several third-party apps already have options to send push notifications from desktop to an Android device, this new built-in feature in Google Maps is definitely a great addition. Update Google Maps for Android to the latest version to try out this new feature.