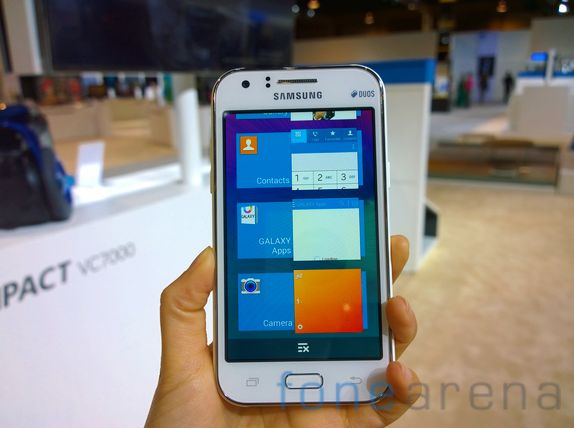 Samsung launched the Samsung Galaxy J1 in India earlier this year, and even introduced its 4G variant dubbed the Galaxy J1 4G. Now specifications of upcoming Galaxy J2 (SM-J200F) smartphone has surfaced. This comes soon after the announcement of the Galaxy J5 and Galaxy J7 selfie-focused smartphones in the J series. Looks like Samsung is looking to expand the J series.

According to Sammobile, the Galaxy J2 will come with a 4.5-inch WVGA screen, will be powered a quad-core Exynos 3475 SoC and run on Android 5.1.1 (Lollipop) out of the box. It will have a 5-megapixel rear camera and a 2-megapixel front-facing camera. The smartphone was recently imported to India for testing earlier this month and also showed up on Geekbench database.

The report doesn’t say when the Galaxy J2 will go official, but the smartphone is expected to launch in India first, similar to the Galaxy J1.