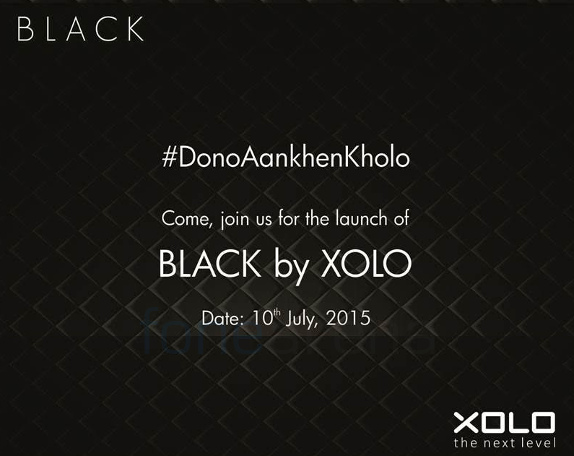 Xolo has finally announced that it will launch its first BLACK series smartphone on July 10th. It announced the online-only sub-brand in May. The smartphone was expected to be introduced in June. The company teased the smartphone’s dual rear cameras, smudge-free design and brushed metal frame recently.

The smartphone will run on new HIVE UI 1.5 based on Android 5.0 (Lollipop). It will come with 4G LTE support and will be priced under Rs. 15,000, the company already said during the announcement. Xolo will launch a new Black phone every quarter.

Xolo has partnered with Flipkart to sell the smartphone exclusively. We will bring you all the specifications and the price of the smartphone on July 10th.