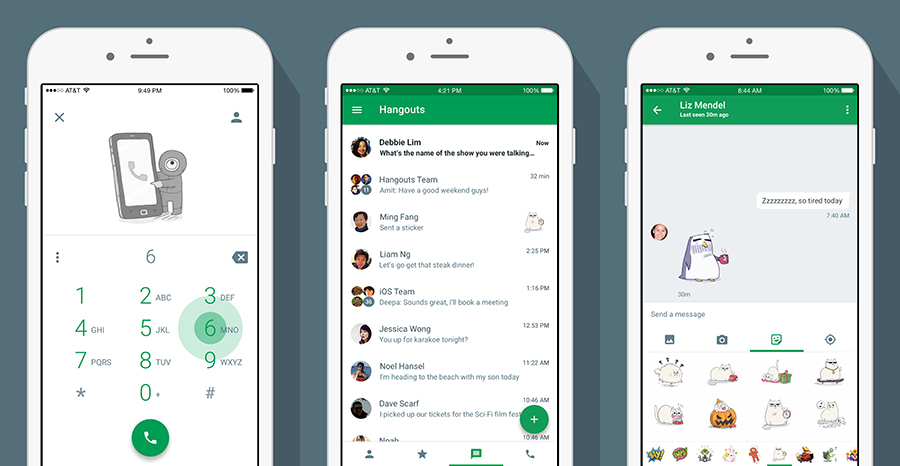 Google has just released a new version of Hangouts for iOS devices. The Hangouts v4.0 brings in a new design that follows Google’s Material Design along with several bug fixes and performance improvements.

The new app aims to enhance user experience on iOS device by being faster and easier to start new conversations. Here is the changelog below:

Overall the speed and stability of the application has been improved a lot as well compared to the previous version of Hangouts. The updated application is now available for download on the App Store and is 40.4MB in size. We should also be getting a major update to Hangouts for Android in the near future so do stay tuned for that.