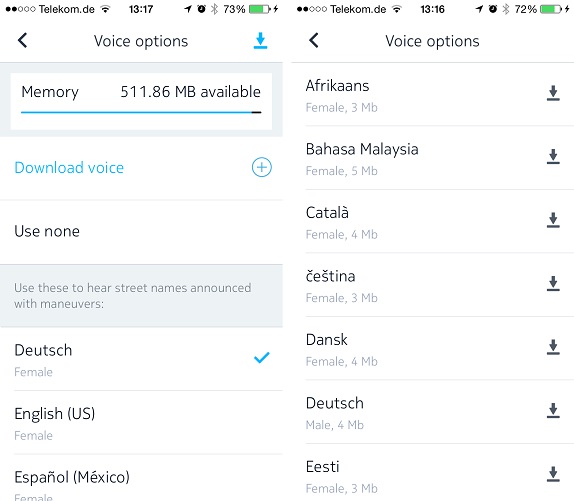 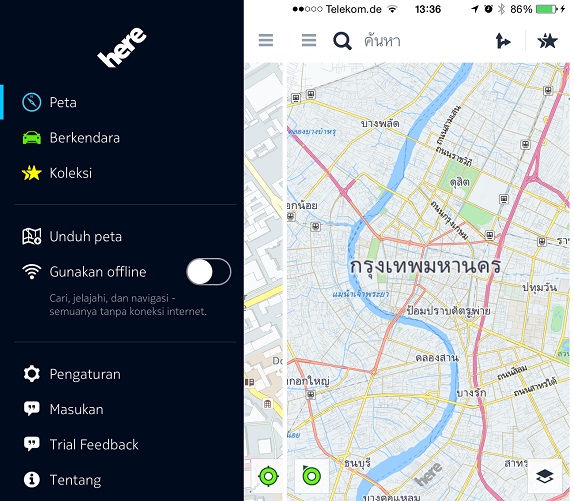 In addition, the HERE Map is now available in 19 new languages including – Czech, Dutch, English (UK), English (US), Finnish, French, German, Hindi, Indonesian (Bahasa), Italian, Malay (Bahasa), Polish, Portuguese (Brazil), Russian, Spanish (Spain), Spanish (Mexico), Thai, Turkish and Vietnamese. This is up from six languages when it was launched in March. The user interface language is set automatically according to your system-wide preferences. While in case of voice guidance packs, you have to download each one separately in the HERE app settings.