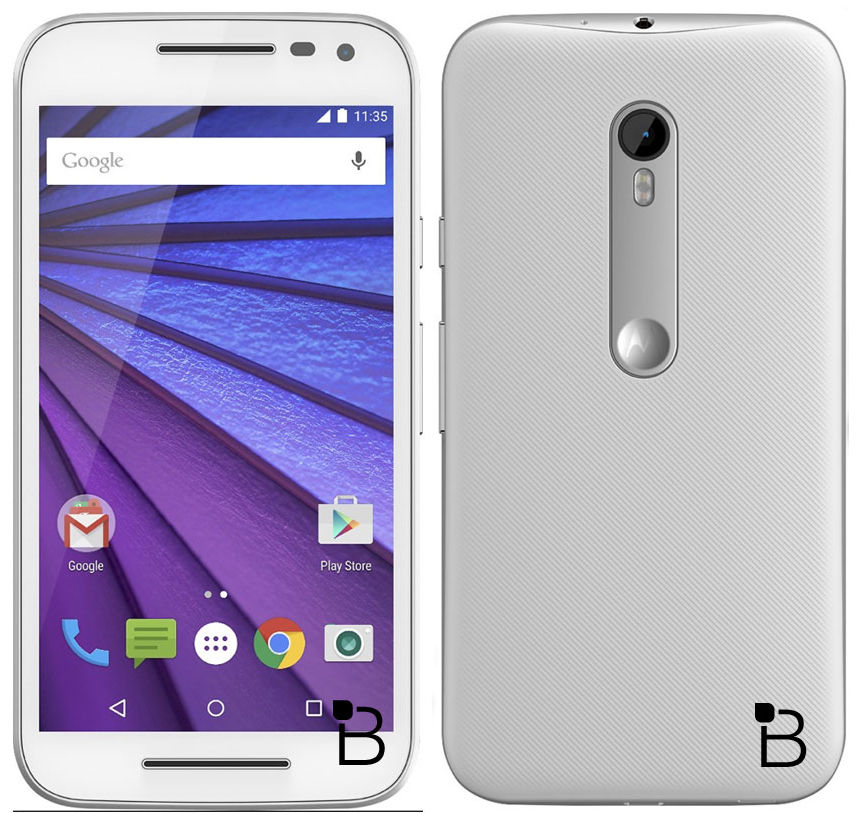 The image shows the smartphone with a similar design as the current Moto G (2nd Gen), including dual front-facing speakers. The camera, LED flash and the Motorola logo are present on a metal piece and the back cover has small patterns.

According to earlier rumors, the smartphone will come with a 5-inch HD (1280 x 720 pixels) display, powered by quad-core Snapdragon 410 SoC, run on Android 5.1.1 (Lollipop), come with a 13-megapixel rear camera with flash, 5-megapixel front-facing camera, 1GB of RAM, 8GB of internal storage with expansion slot and LTE support.

Motorola launched the Moto G (2nd Gen) back in September last year. It is expected to launch the third-gen Moto G sometime in the Q3 2015.