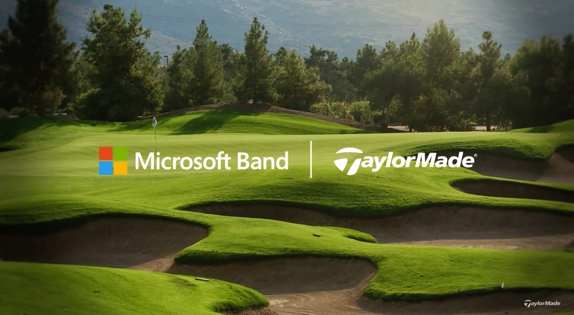 The Microsoft Band, launched in October, is gradually becoming quite a comprehensive fitness tracking platform. The company’s first effort in the fitness wearable space, the Band stood out for the sheer number of sensors on offer. Redmond has stood behind their product and has regularly added compelling features to the Band making it a fairly compelling offering.

Microsoft has announced that it is partnering with TaylorMade to introduce automated golf tracking to the wearable. The Microsoft Band will integrate with their own Health service to track shots as well as to keep track of your score card. To achieve this, Microsoft has tweaked the sensors on the wearable to be able to differentiate between practice shots and actual ones. In addition to the regular step, heart rate and calorie burn tracking, the band will also be able to detect the next hole as you move around a course.

For workout and biking enthusiasts, Microsoft is adding bike and guided workout observations to the Band as a free update this summer. This would be a follow up update to the smart coaching functionality that was added in April and the third party app support introduced through a software update in February.