Anticipated Moto X successor rumours have been around for a while now. Fresh in-line is the purported image and specifications of alleged Moto X (3rd Gen), claimed to have sourced from a Motorola insider. 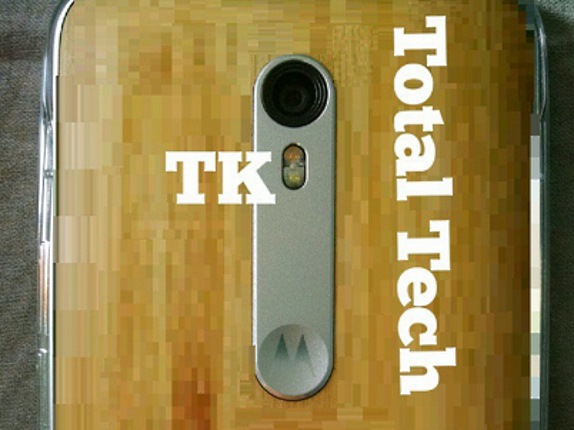 The leaked image by TotalTech showcases a wood backed version of the alleged third-generation Motorola Moto X alongside detailing purported specifications in a video (see below).

The Motorola Moto X (3rd Gen) Moto X will come with a 5.64-inch Quad-HD (1440×2560 pixels) display with a pixel density of 564ppi on offer. It will be powered by an unknown Snapdragon chipset coupled 3GB of RAM and 32GB of internal storage with almost 21GB of native storage available to the user, according to TotalTech (via PhoneArena).

The handset is also tipped to boast of a Type C USB port and quality stereo speakers. It is said to come in Plastic, Wood, Leather and an unnamed new material backs. The Android operating system should be the latest 5.1.1 out-of-the-box.

So far reports have suggested that the Lenovo-owned Motorola has many new models in development and will at least launch two new Moto devices – Moto X (3rd Gen) and successor Moto 360 smartwatch – this summer.

Speaking to The Telegraph, Lenovo’s Chairman and Chief Executive, Yang Yuanqing, said, “We have many new models in development with the Moto brands. So you may see in summer us launching some very exciting products, including phones and watches.”

Apart from this, a recent report also pointed out that the company is testing two new flagship devices with QHD screen on Verizon wireless network carrier in USA.