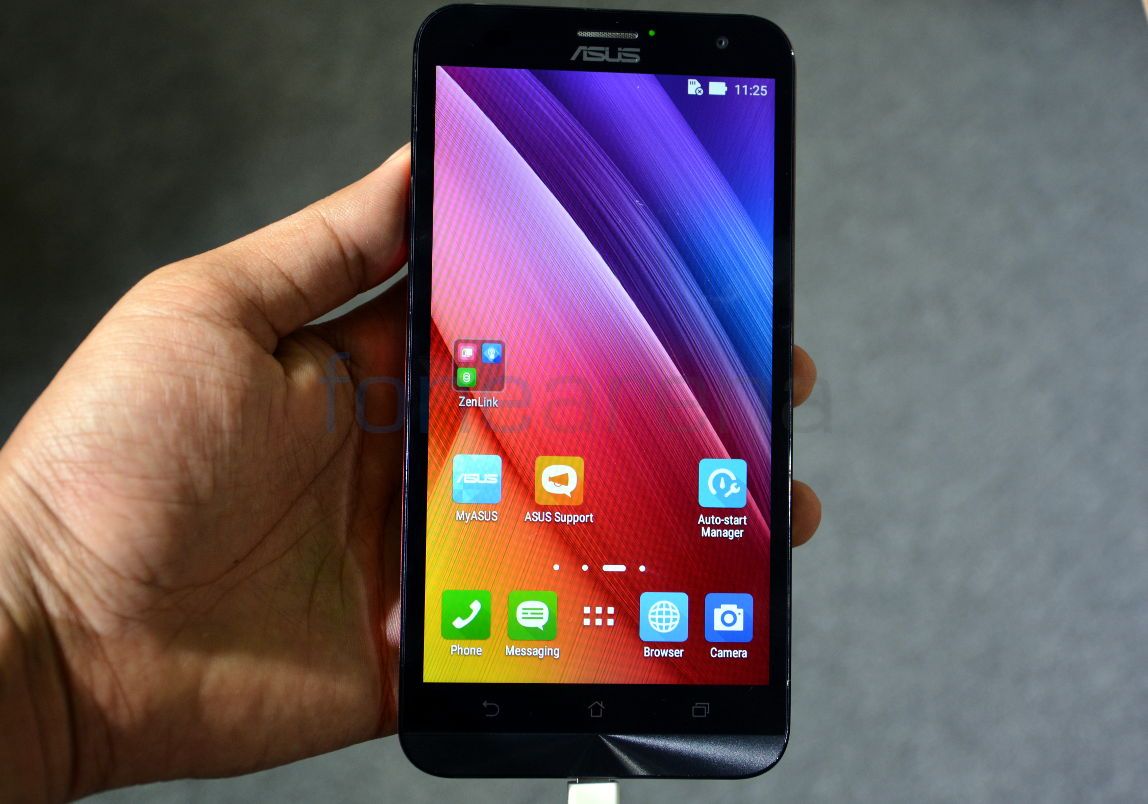 Asus unveiled the Zenfone 2 ZE550KL, a new version of the Zenfone 2 at the Computex 2015 this week. We managed to get hands-on with the new smartphone. Here we are bringing you a close look of the smartphone.

The Zenfone 2 ZE550KL has a 5.5-inch (1280 x 720 pixels) display with Corning gorilla glass 4 protection. It is powered by a 1.2 GHz quad-core Qualcomm Snapdragon 410 (MSM8916 ) 64-bit processor with Adreno 305 GPU, compared to Intel Atom processor on earlier Zenfone variants. The design of the smartphone is similar to older Zenfone variants. 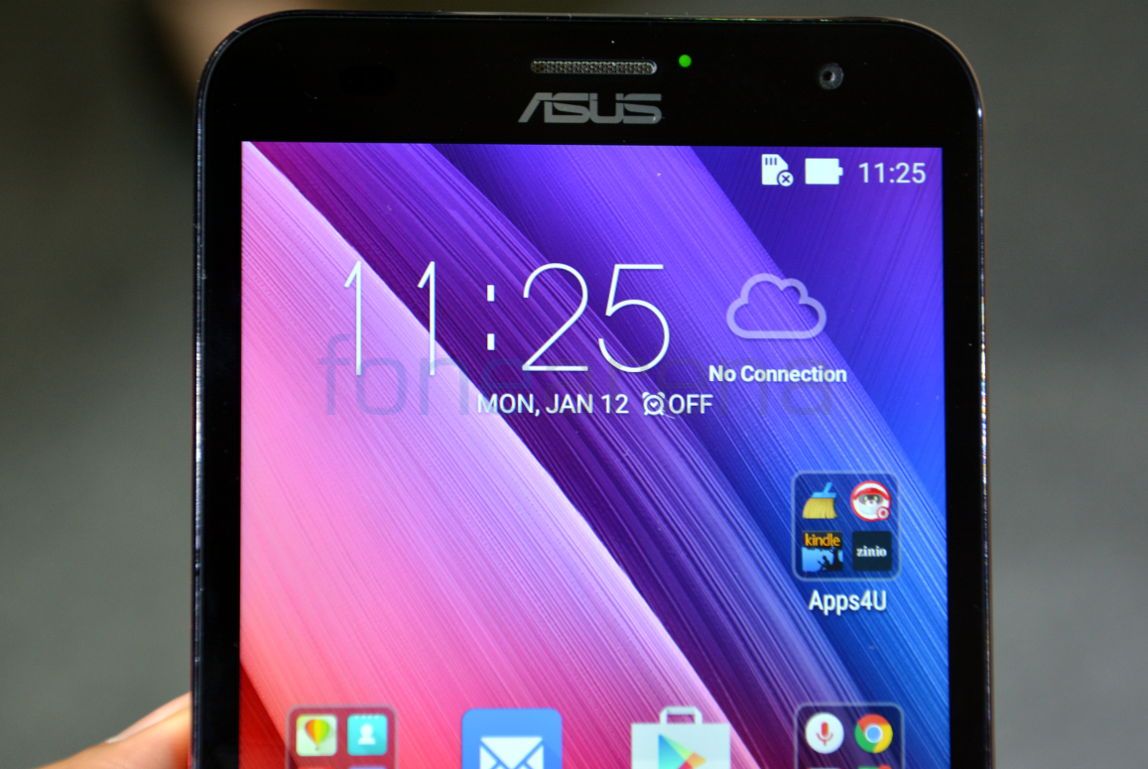 The earpiece is present above the display, above the Asus branding along with a LED notification light. There is a 5-megapixel camera on the front with f/2.0 aperture and 85-degree wide-angle lens. It runs on Android 5.0 (Lollipop) 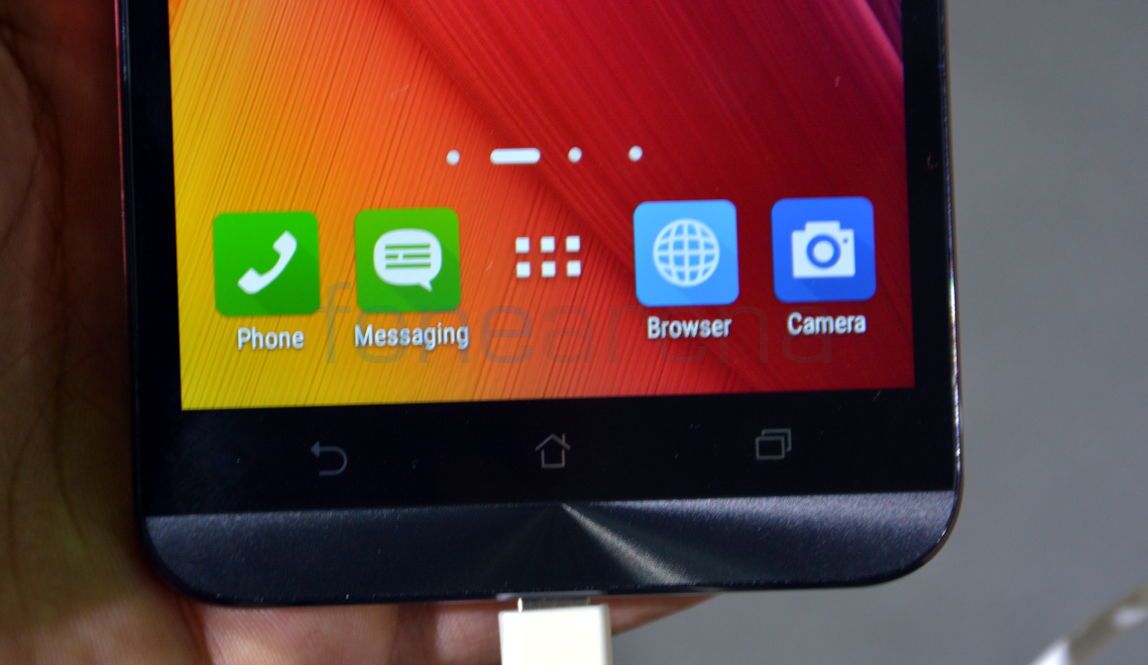 It has capacitive touch buttons below the display and a usual chin below that. 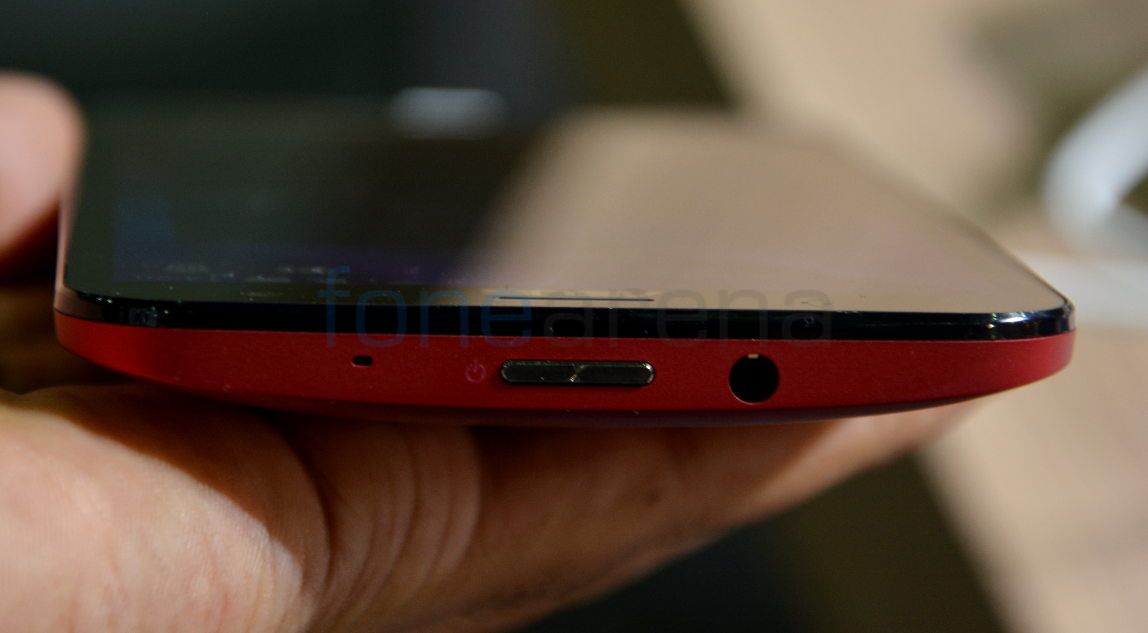 On the top there is a secondary microphone, a large power button and a 3.5mm audio jack. 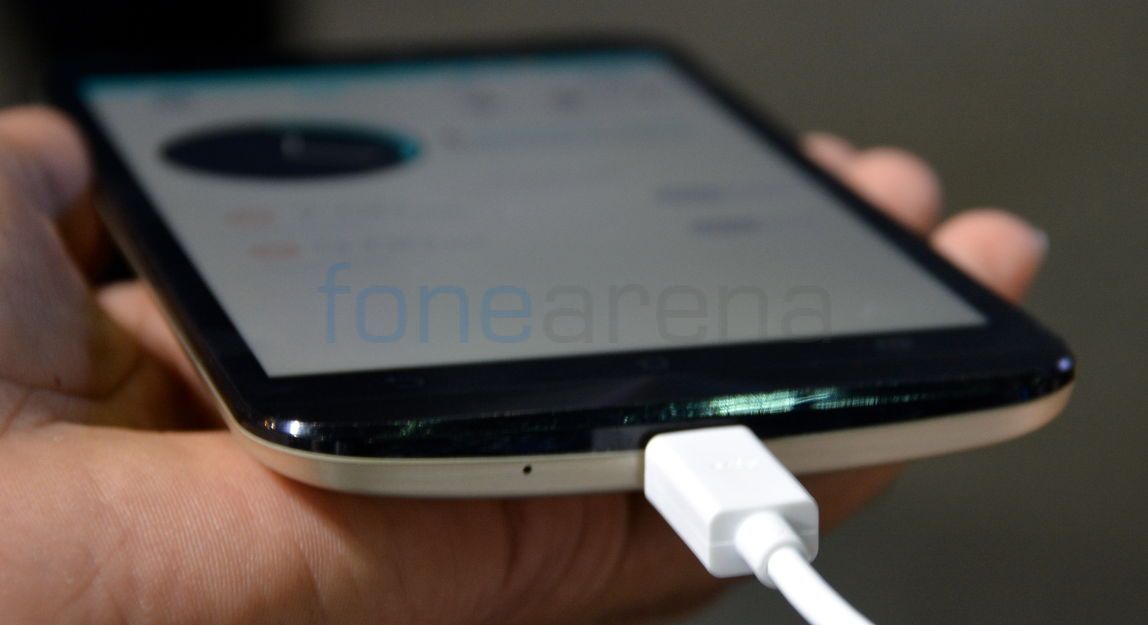 On the bottom there is a primary microphone and a micro USB slot. 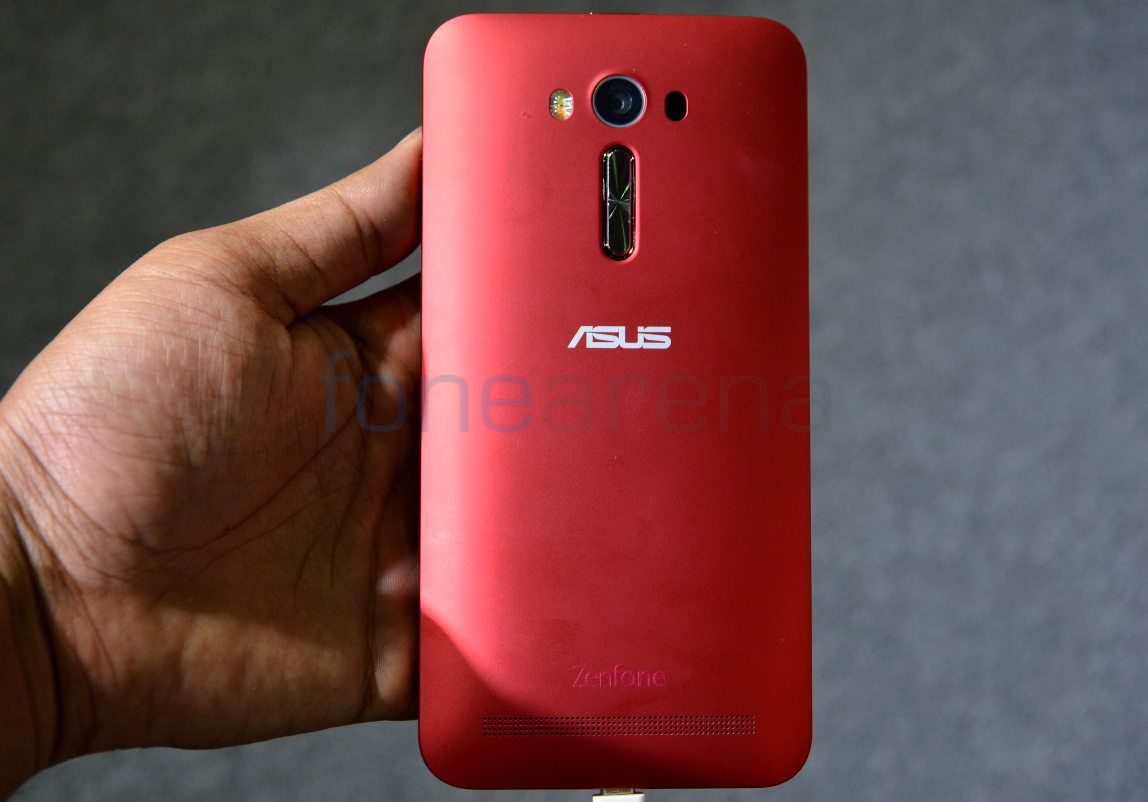 It also comes with matte back cover in some models. Under the back cover there are two micro SIM slots and a microSD slot (expandable up to 128GB). The smartphone has 2GB RAM and 16GB of internal storage. It also has 4G LTE support and the usual set of connectivity features such as WiFi 802.11 b/g/n, Bluetooth 4.0 and GPS. 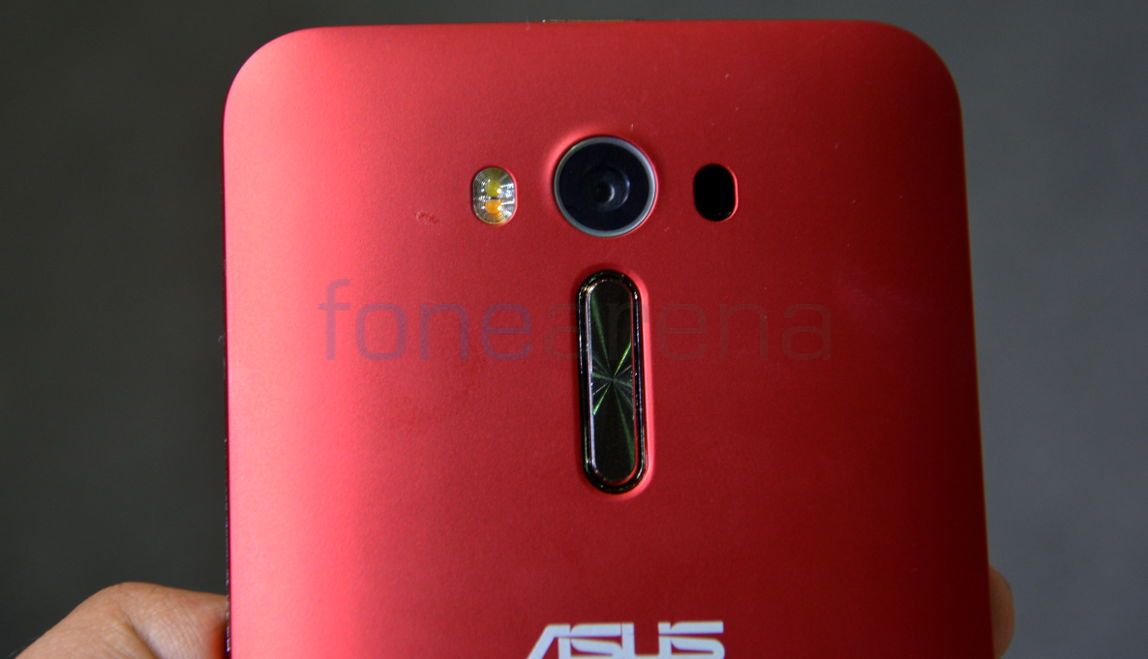 It has a 13-megapixel camera on the back with f/2.0 aperture and Dual LED Real Tone Flash and Laser Auto Focus that offers quick focus. There is a large volume rocker below the camera, similar to other Zenfone 2 models. 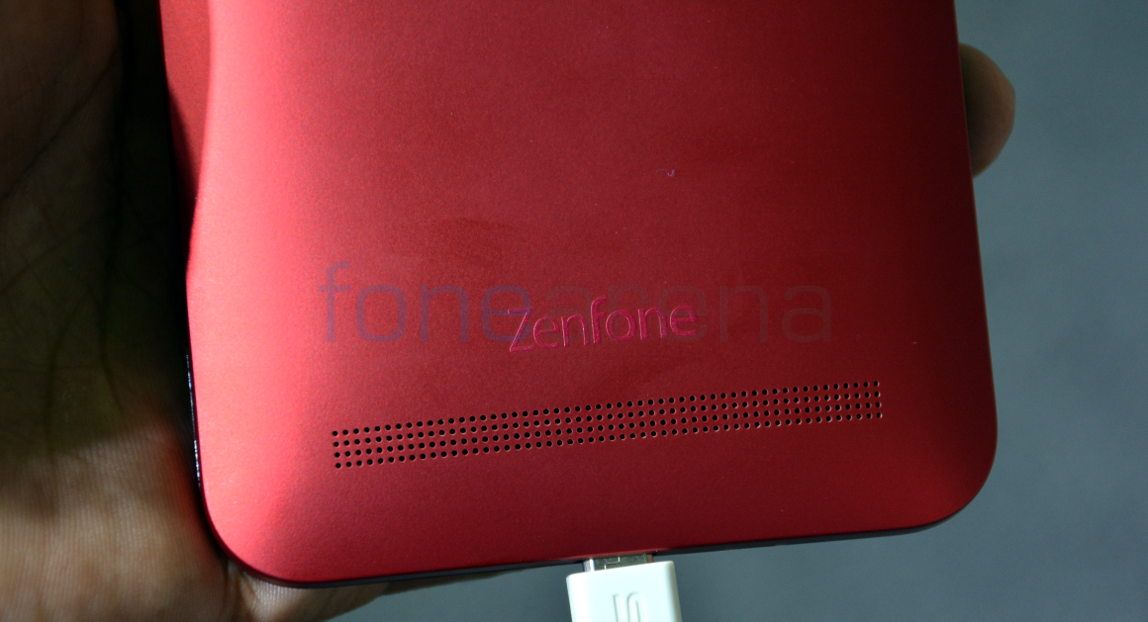 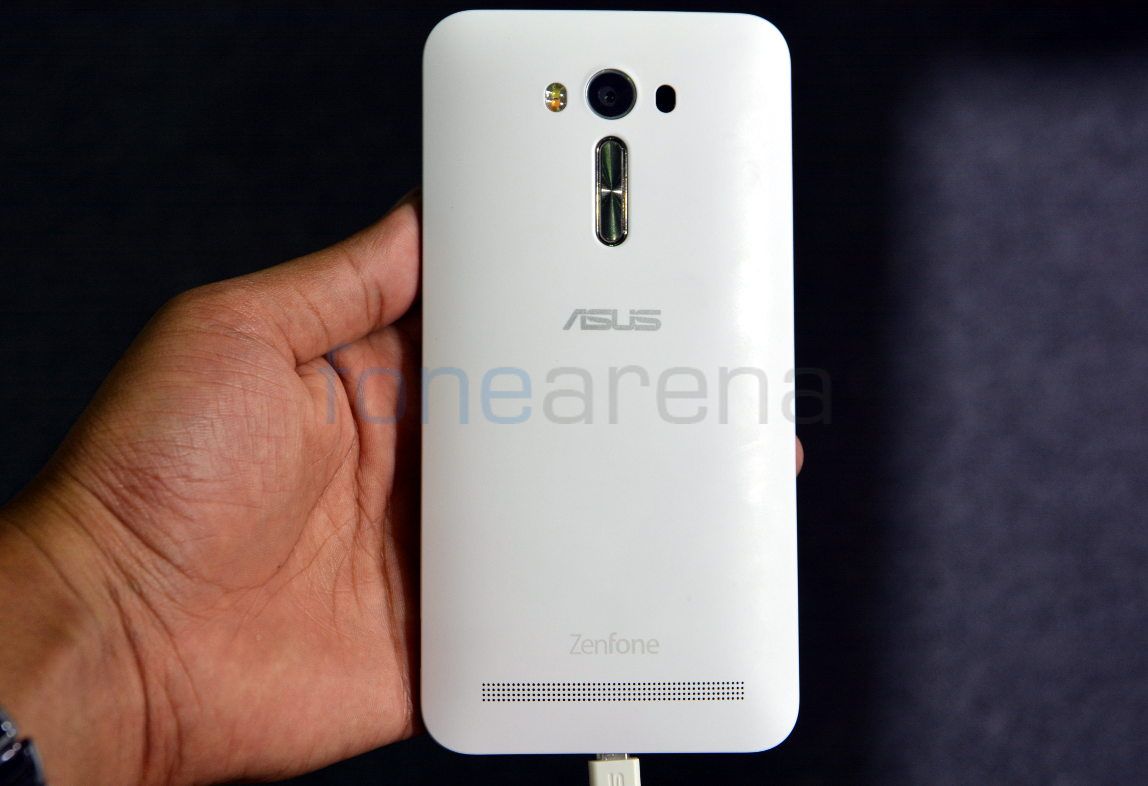