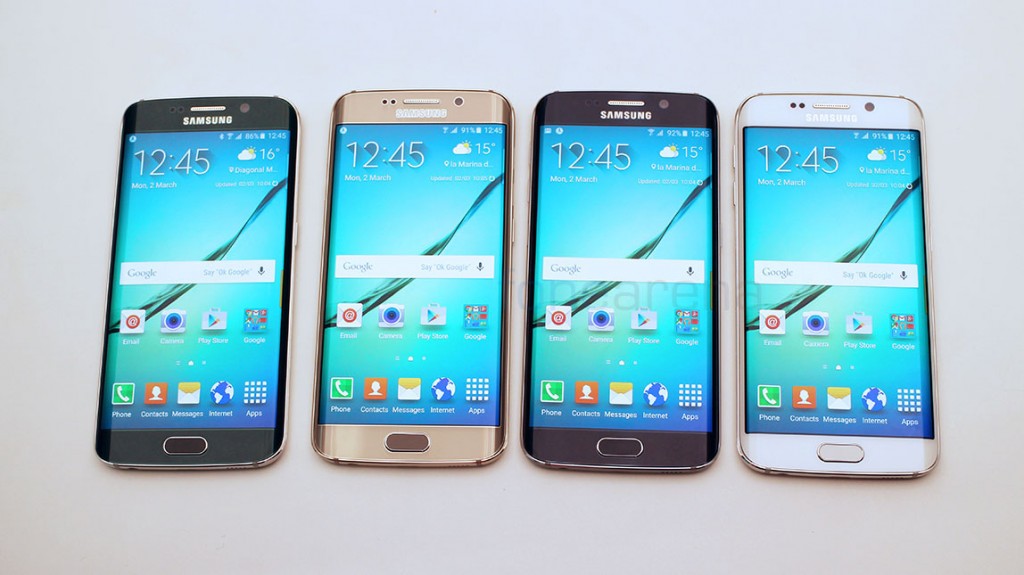 If you take a look at photos of the initial batches of the Samsung Galaxy S6 Edge or the ones from MWC 2015, you will notice that there is a halo of sorts around the front logo of the device. This is true particularly for the Gold variant of the device. Now it seems that Samsung have fixed the issue in the newer production batches as can be seen in our Gold unit of the S6 Edge as well. 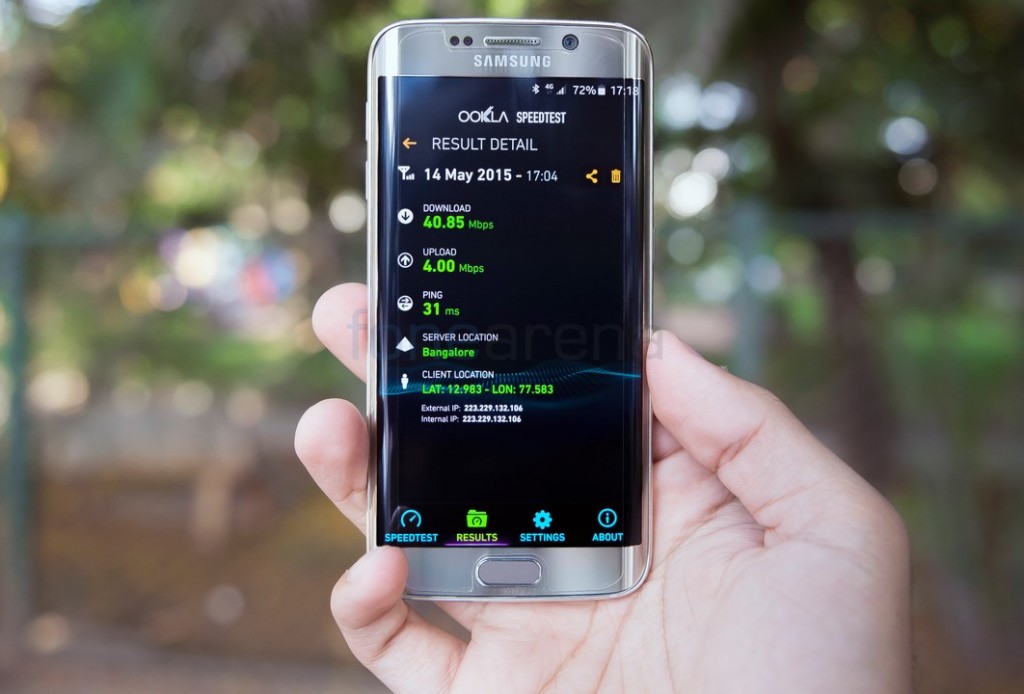 If you look at the first photo in this article, you can clearly see that the Samsung logo on the Gold version looks a bit smudged. If you take a closer look at photos of the gold variant you will see that there seems to be another shade of gold around the Samsung branding that gives the logo a halo effect. In the video below, you can see how the logo looked on the units that were available at MWC and some of the initial batches of the device. In fact around the 1:34 mark, Varun even comments about the way the logo looks with the ‘Halo” effect.

This has been fixed in the newer batches as can be seen on the speed test unit that we have. The newer unit does away with the Halo effect and you have a much neater and simpler logo that’s clearly legible. The other color variants also did have the issue but none were as pronounced as the one on the Gold variant. The same issue was there for the regular Galaxy S6, particularly in the Blue variant. We guess Samsung would have fixed the issues on that as well by now.