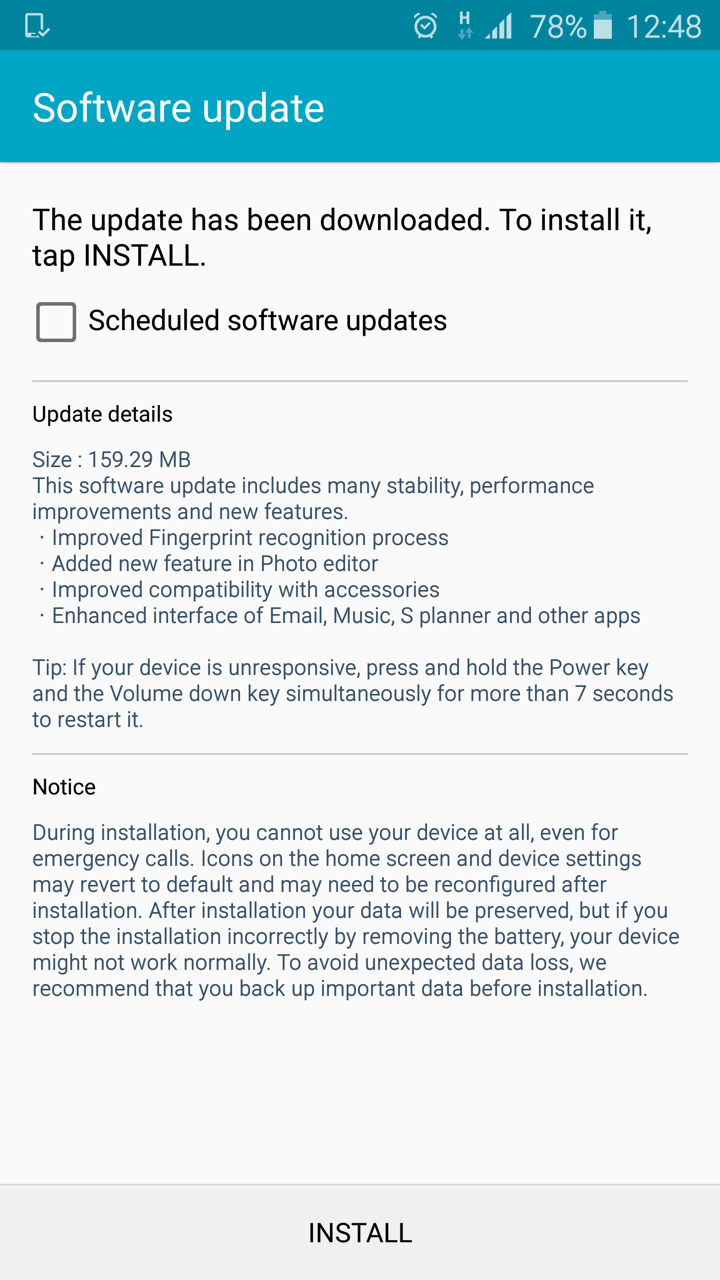 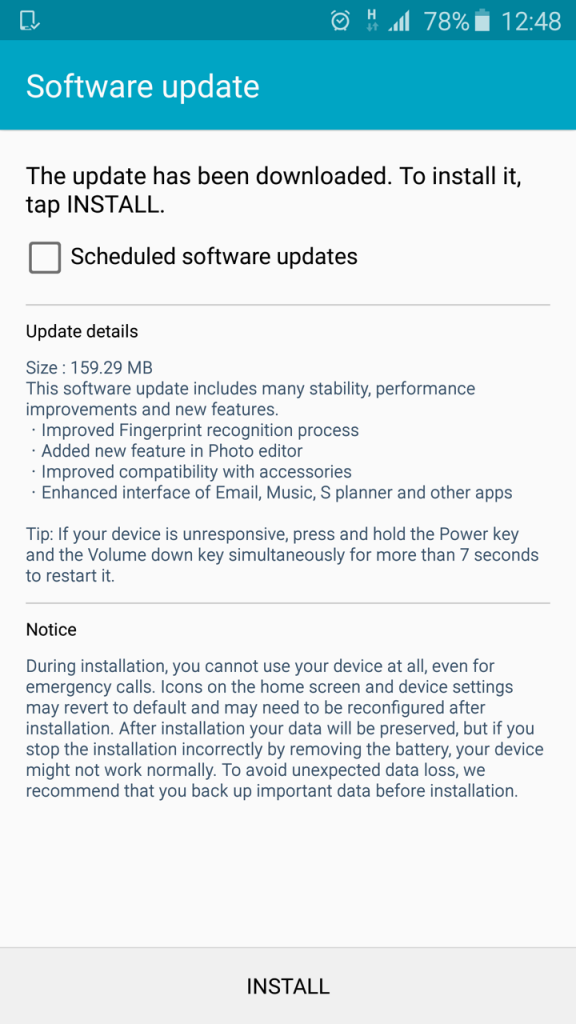 Samsung has released yet another update for users of the Galaxy S6 and S6 Edge. The XXU1AOE3 build is around 159 MB in size and will be available as an OTA update.

The update brings about improvements in the performance of the fingerprint scanner. It also brings about a new feature to the built-in photo editor although it is not known what exactly the feature is.

There is an improved compatibility with accessories as well as improvements in the interface of Email, Music, S Planner and other apps.

While the update to Android 5.1 isn’t here yet, it is still nice to see Samsung releasing regular updates to improve the experience of the users. Do check out whether the update is available for you yet. If not don’t worry as the updates can take sometime to come to your device depending on your region and whether or not it is under a carrier.