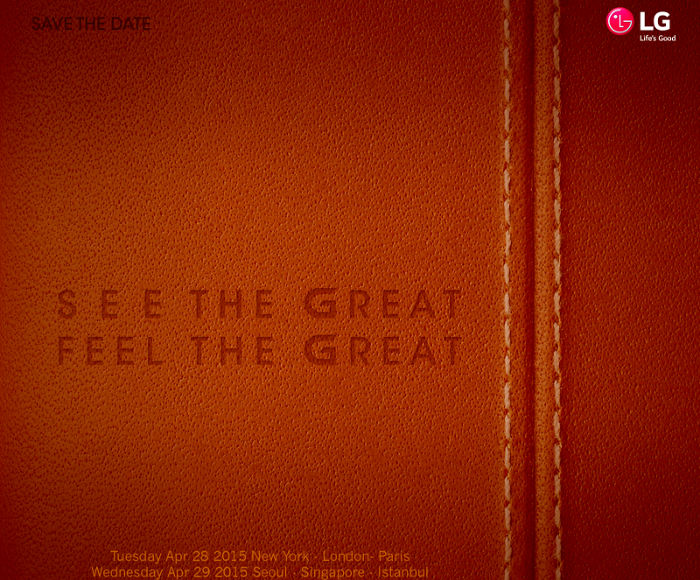 LG has started sending press invites for the launch of its next flagship G series smartphone next month. The invite just says See the Great. Feel the Great with G highlighted using LG’s logo used for G series smartphones. There are several events worldwide, similar to LG G3 launch events. The event takes place in New York, London and Paris simultaneously on April 28th, Tuesday and events in Seoul, Singapore and Istanbul are scheduled for Wednesday, April 29th.

Last year’s LG G3 invite had a brushed aluminium background for its metal-like plastic back, but this time it has a leather-like design, which could mean that the LG G4 could feature leather back or a faux leather, event though some leaks revealed the same metal-like back. It is also likely to feature rear power and volume buttons like the G3. Even the LG G4 Note with a stylus is also expected at the event or sometime in future.

We should know all the details at the launch on April 28th, which is less than a month away.