We have heard a couple of rumors about the LG G4 that is scheduled for a launch next month. Today, some images have been leaked that are said to be of the LG G4. 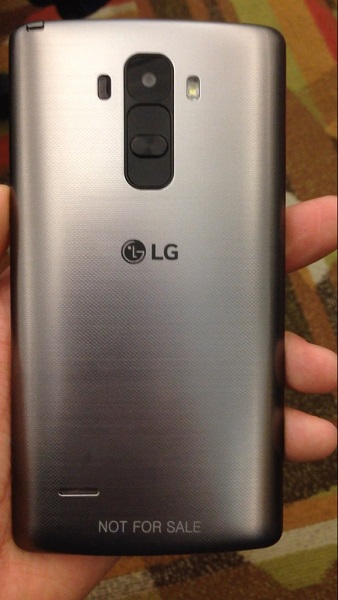 As per the leaked image, the LG G4 looks almost similar to the G3 as the company has continued the design to its upcoming flagship device. The power button and volume keys are situated at the back, however, the round power button has been changed to rectangular one. Also, it looks like the phone has slightly bigger bezels than the G3. The top-left corner of the handset in picture also seems to have a slot for either a stylus. G4 has been rumored to sport a stylus to compete with Samsung Galaxy Note 4. It is also touted that the phone will not have metal casing. 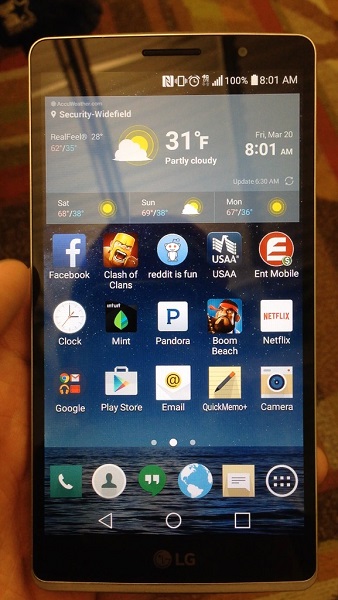 The rear camera with laser autofocus and LED Flash are also seen next to the power and volume buttons. The chassis of the device looks like it sports a similar brushed aluminum texture to what we saw on the LG G3. Moving on to the front side, the device resembles to that of the G3 and the software also look similar to LG’s revamped Optimus UI along with Material Design features.