Xiaomi is working on a new smartphone that has made an appearance on a benchmarking site. Codenamed as “Ferrari” the smartphone is expected to launch in coming months. 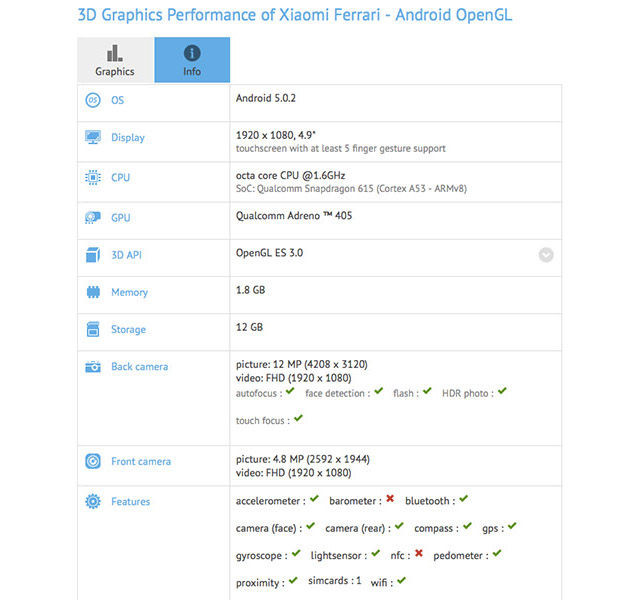 The Xiaomi Ferrari has been spotted on GFX benchmark that gives out the specs of the phone. As per the listing, the smartphone sport a 4.9 inch display that has a Full HD resolution of 1920 x 1080 pixels. Powered by octa core  1.6GHz Qualcomm Snapdragon 615 processor and an Adreno 450 GPU, the device will come with Android 5.0.2 Lollipop. It will have  2GB of RAM and 16GB of built in storage, 13MP rear camera, 5MP front shooter. The benchmark listing does not show connectivity options and micro SD expansion slots.

There is no word about when the device will be launched and what will it cost.