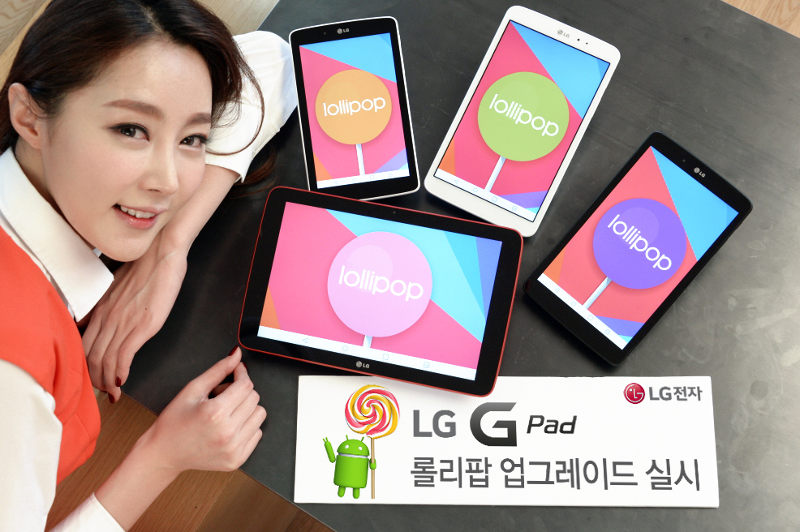 The LG G Pad series will get the Lollipop update in Korea later this month. LG did not reveal when the update would roll out for the G Pad series globally.