It looks like Sony is working on another selfie focused smartphone after the Xperia C 3. Photos of a certain Xperia Cosmos has been leaked focusing the 5MP front facing shooter with LED flash. 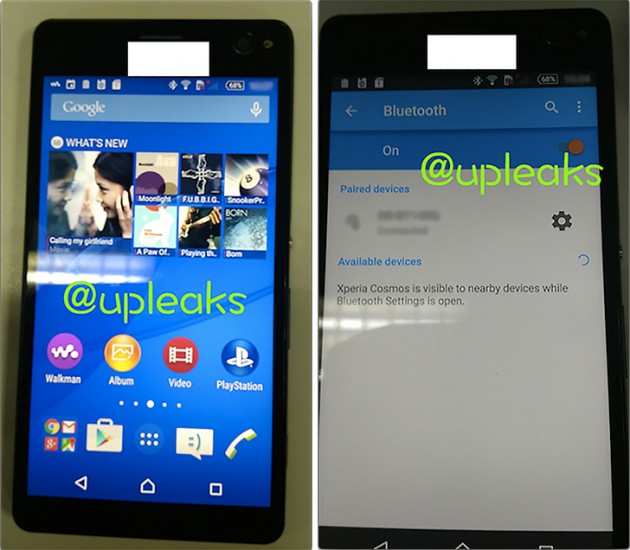 Photos of the Xperia Cosmos have been leaked by popular leakster @upleaks on Twitter. As per the images, the phone will run Android 5.0 Lollipop and smartphone powered by a MediaTek MT6752 processor (a 64-bit octa-core LTE SoC). It has rounded corners, smaller bezels and a the trademark Sony power button on the right side.

The phone looks like a mid range device and Sony is releasing yet another device that will capitalize the current selfi trend. Unfortunately, there are no other details about the specs of the phone are available.