The handset might have already been replaced but Samsung’s first curved edge smartphone – the Galaxy Note Edge – still has some uses. Sharing the same internals as the Galaxy Note 4, the Note Edge is a powerhouse capable of performing lots of tasks and armed with a 3000 mAh battery to power you through the day.

The week of Mobile World Congress 2015 is traditionally one of the busiest of the year for journalists, with endless hours of status updates, checking facts, finding your way to venues and occasionally, posting on the go. Samsung claim that the Galaxy Note Edge can easily last a full day of heavy usage so how did the Note Edge – courtesy of Vodafone UK – handle the heavy usage of a week at MWC?

There’s three areas we’re focusing on in this editorial; the unique curved Edge Screen, the connectivity capabilities of the Note Edge including LTE and the battery life.

The Galaxy Note Edge was the first to have an Edge screen with the customisable panels and during the busy week, the Edge Screen came in handy. From checking the latest trends on Twitter to the latest notifications and even incoming calls, the Edge Screen was more useful than anticipated.

From our hands on with the Galaxy S6 Edge, we know what a handset feels like when the curved edge is a part of the design but whether it’s the steep gradient at which it curves or the unnatural design, the Edge Screen is useful but difficult to use in one hand. 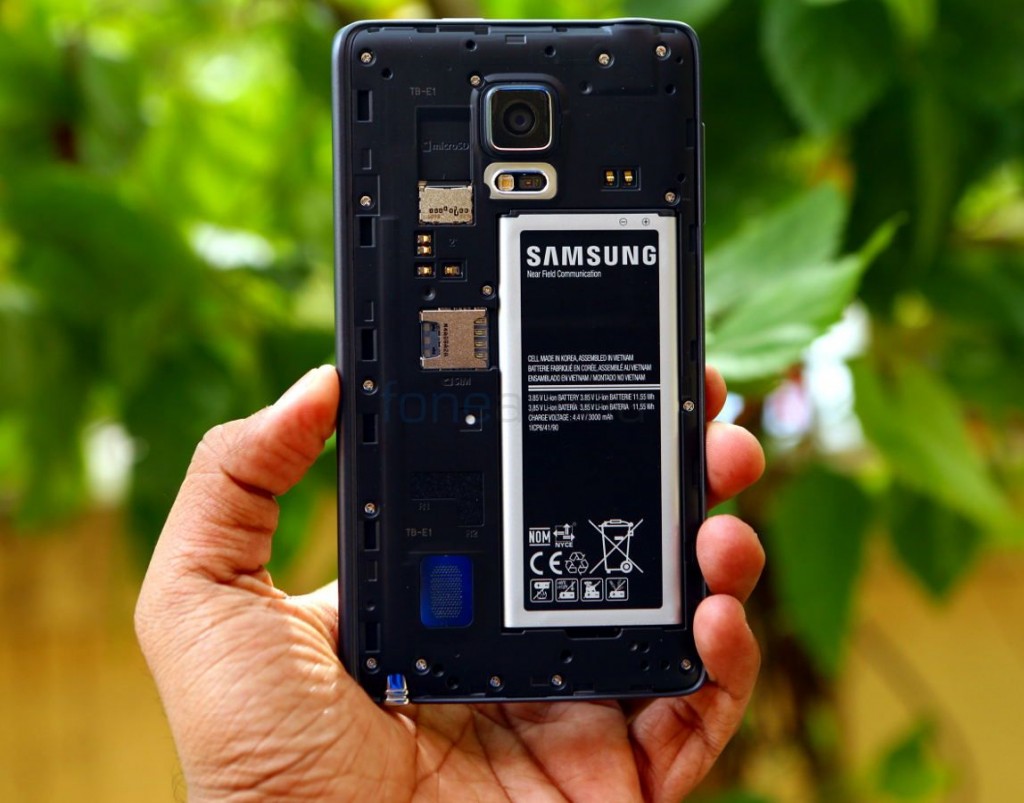 The battery life was one of the biggest surprises of the week as through our time in Barcelona, we found we used the Galaxy Note Edge mostly as a modem.

Traditionally, using your smartphone for tethering (sharing data with another device), consumes a large amount of battery life. Whilst in Barcelona, the Note Edge proved that – like the Galaxy Note 2 – it has the ability to tether for an entire day. More than once – despite the varying signal which adds to battery drain – the Galaxy Note Edge would last over 18 hours whilst being used as a modem. 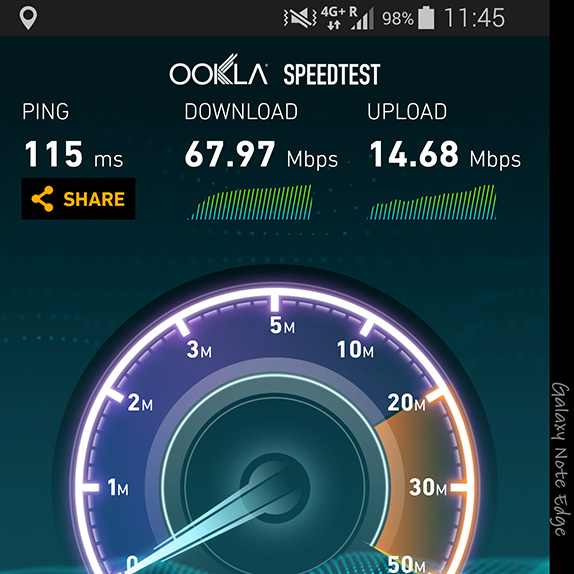 If there’s something that Samsung traditionally gets right every time it updates the Note range, it is the connectivity options. As a powerhouse handset, the Galaxy Note Edge (and the Note 4) are packed full of connectivity options including NFC, dual-band Wi-Fi 802.11 n/ac, Bluetooth v4.1 and 4G LTE.

The Note Edge comes equipped with LTE Cat 6, which supports carrier aggregation (also known as double speed 4G) to provide download speeds of up to 300Mbps and real-world speeds of up to 150Mbps. As we’ve already covered, the Vodafone network offers double speed 4G in London and parts of its European estate and during the trip to MWC, the Note Edge proved to be a trusty companion.

Equipped a Vodafone EuroTraveller SIM card – which offers 4G roaming for £3 per day – the Note Edge was more reliable than the Wi-Fi at our apartment, at events and in the venue itself. On several occassions, Vodafone 4G Roaming gave us speeds in excess of 60Mbps and especially at the Samsung Galaxy S6 launch – where Wi-Fi was a problem – the SIM offered reliable data.

A week with the Galaxy Note Edge 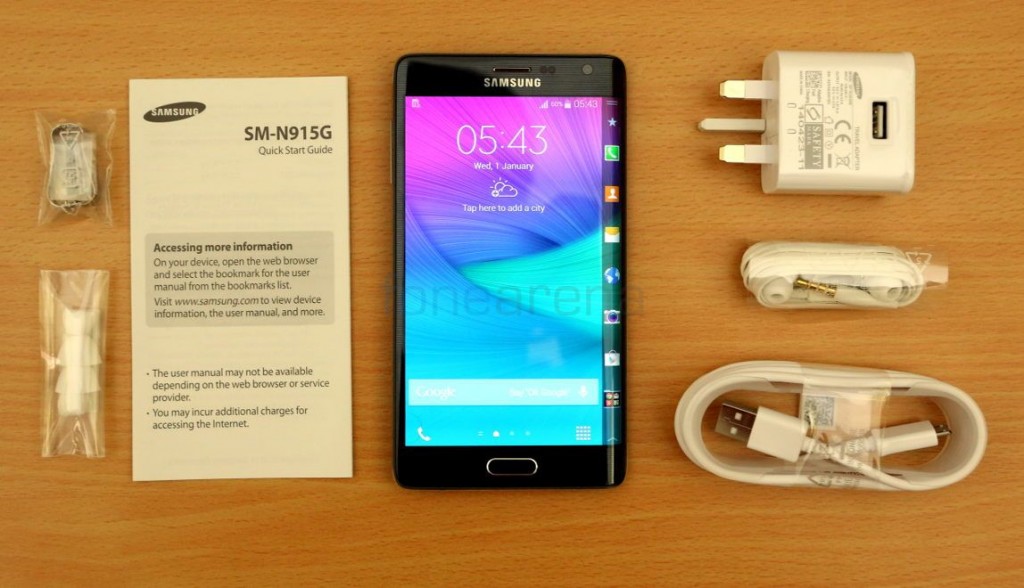 The Galaxy Note Edge is not a device which will appeal to everyone; a niche product that has already split opinion, the handset is useful to some and considered useless by others. Yet for me, the Note Edge proved to be more useful than not during the week at MWC.

The Edge Screen had both uses and pitfalls but the battery life and the connectivity options were essential during a very busy week. From tethering and uploading between events to blogging in general, the Vodafone EuroTraveller SIM and the Galaxy Note Edge were key tools in providing a week’s worth of coverage from a global event.