MyGov, the citizen engagement platform of the Government of India has announced the launch of a nation wide contest to build a mobile app for the Prime Minister’s Office (PMO). 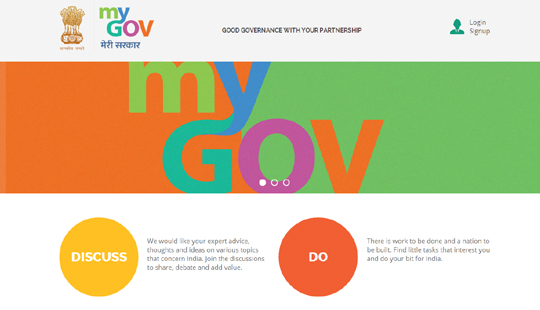 Google will partner MyGov in this contest to build the PMO Mobile App. The duo is hosting the contest that will be held across the country, at different institutions & colleges. The contest has already started on MyGov.in. The contest will happen in three stages; in the first stage, public will provide input as to what they want from the application, in the second stage the wireframes will be built and the third and final stage will include judging and building the application.

“We announced about five months ago that we will contribute on the Digital India initiative and the app development contest is a step in that direction. We are very excited to be a part of the Prime Minister’s vision and would urge every Indian to come forward and participate in the app development contest and become a cohesive part of governance and decision making in the country. ”

Speaking at an NASSCOM event Prime Minister Narendra Modi said, that he was planning to invite ideas from the public for developing a mobile app for his office. He added that the government would work with Google for selecting the best ideas to develop the app and it’s features. The finalists will be mentored by Google, the technical partner of the contest. An external jury will judge the contest and choose the final app.