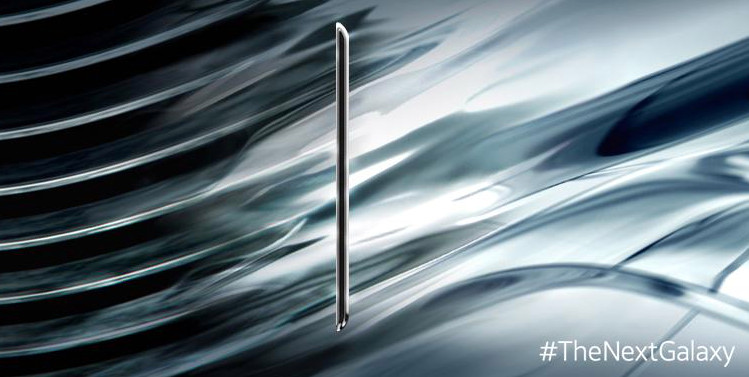 Few days after releasing couple of video teasers for its next flagship Galaxy smartphone, Samsung has released a image teaser and a new video teaser that shows the side profile of the Galaxy S6 smartphone. This shows its sleek profile and its curved corners. Check out the short video.

I am #TheNextGalaxy. See what inspired me at #Unpacked. https://t.co/r9hNJnrMP5

Samsung is expected to unveil the Galaxy S6 and Galaxy S6 Edge at the MWC, which is just a week away.  The Galaxy S6 is rumored to come with a 5.1 inch Quad HD display, Octa-Core Exynos 64-bit processor, 3GB RAM, 32GB internal storage, Android 5.0 (Lollipop), a 16MP camera with Sony IMX240 sensor and a 5MP front facing camera. The S6 Edge is also said to have curved screen on the both sides.

Samsung is expected to adopt a much more streamlined TouchWiz interface without any bloatware and also bundle Microsoft’s apps and services on its new flagship.