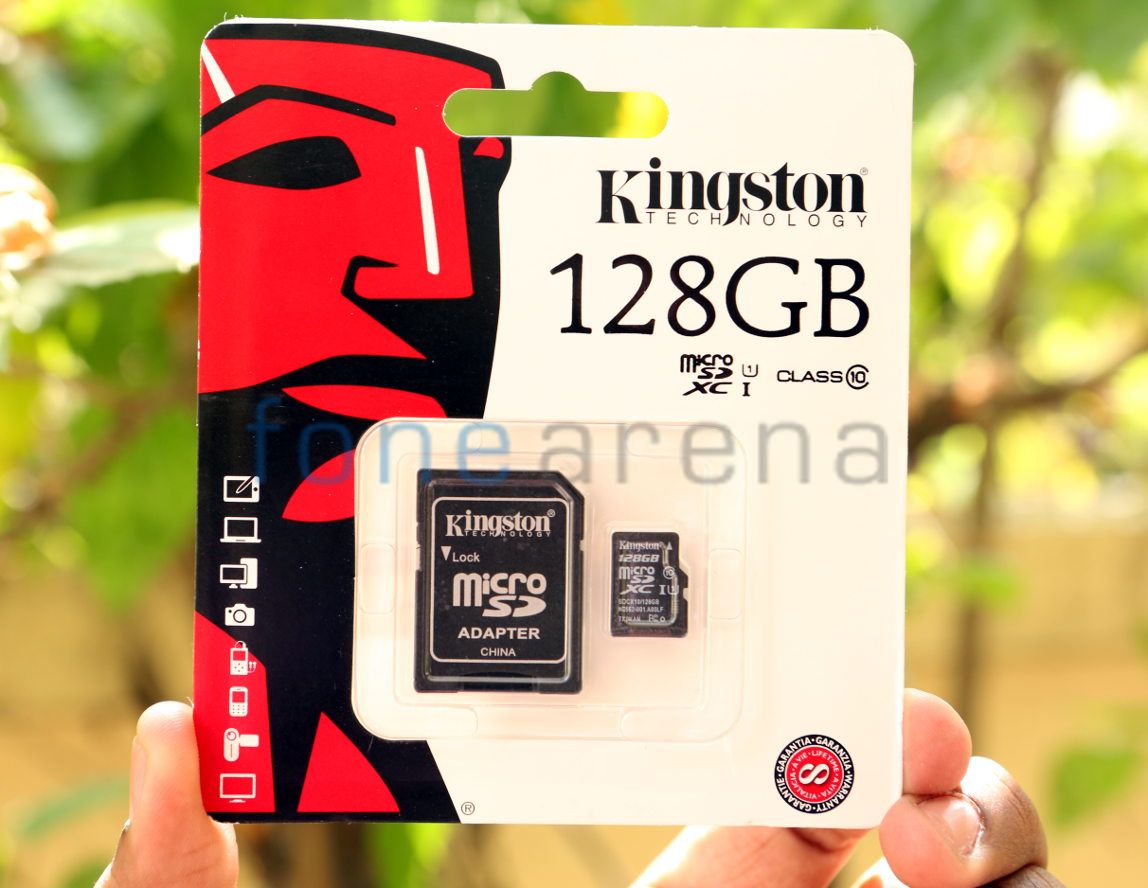 Kingston introduced its 128GB Class 10 UHS-I Speed Class 1 (U1) microSD for smartphones and tablets last year. It is not available in India yet, but we manged to get one for review before it launches here. Since this is a class 10 Card, it promises a minimum data transfer rate of 10MB/s. The company doesn’t reveal maximum read and write speed, but we will test out both the read and write speed of the card. How good is the card? Let us find out in the complete review. 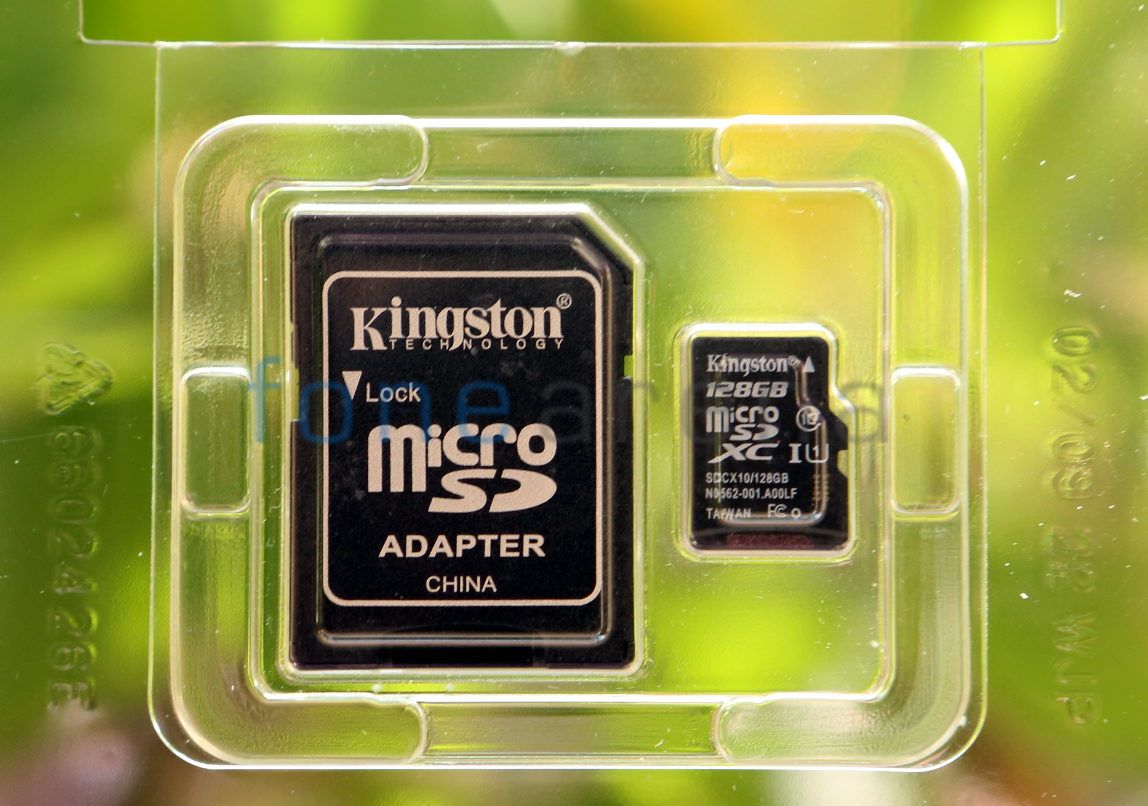 Several top-end and mid-range smartphones now support 128GB microSD cards. Even low-end Lumia devices support 128GB cards, according to Microsoft. We tested this card from the top-end Galaxy Note 4, Note Edge, HTC One M8 to mid-range Samsung Galaxy A5, Galaxy A3 and several other smartphones, which worked fine without any issues. We also tried it on the Moto G (2nd Gen), but it did not work since it supports microSD card only up to 32GB. 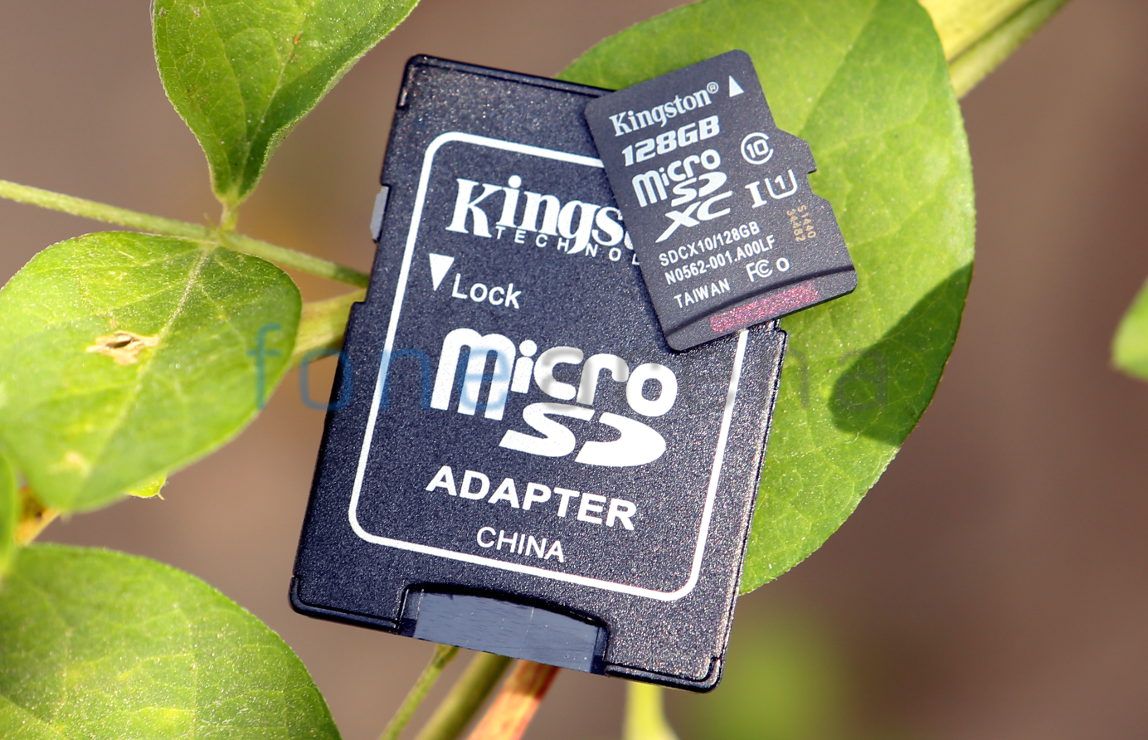 Here are some benchmarks to show how this card performs. 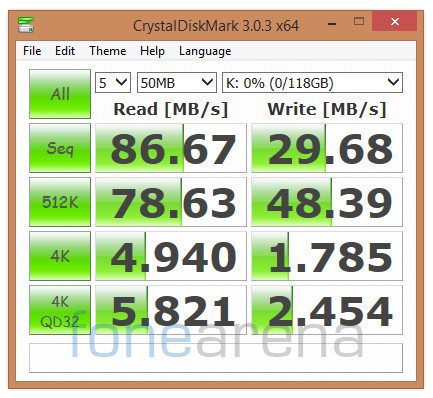 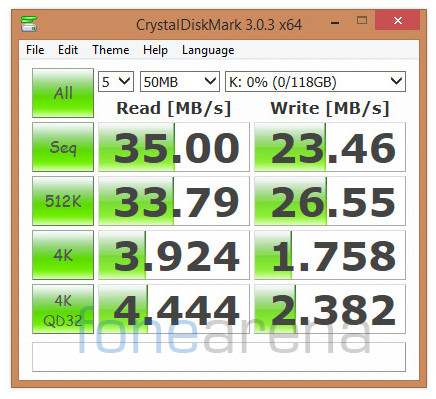 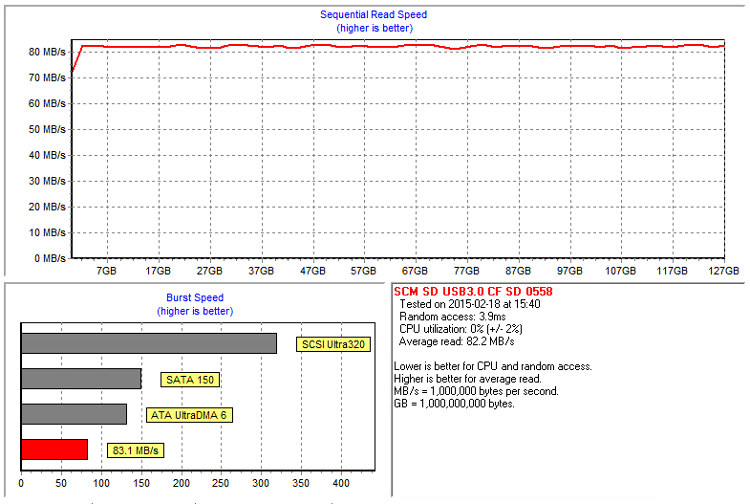 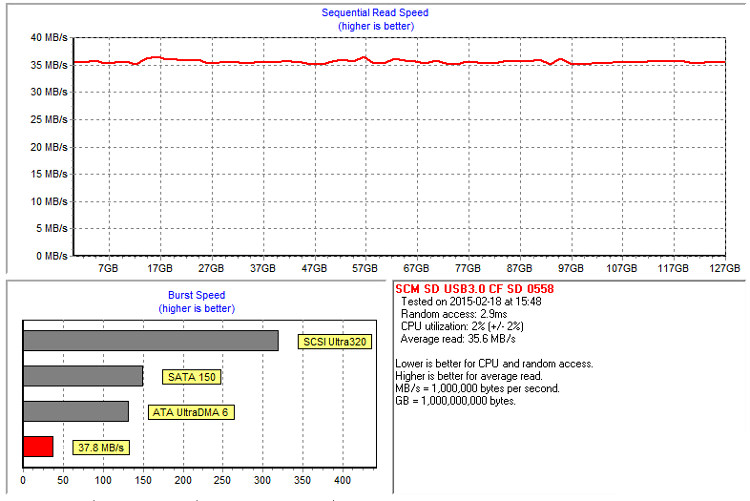 Read speed was steady at 80 MB/s using USB 3.0 in HD Tach. Using USB 2.0 connection, it was steady at 35 MB/s. Both these tests make it clear that using a card reader with USB 3.0 support lets you transfer data faster between your PC and the card. Data transfer speed will be different when you are using it in a smartphone. Let us check the transfer speed of the card in a phone.

Read and Write speed using A1 SD Bench for Android 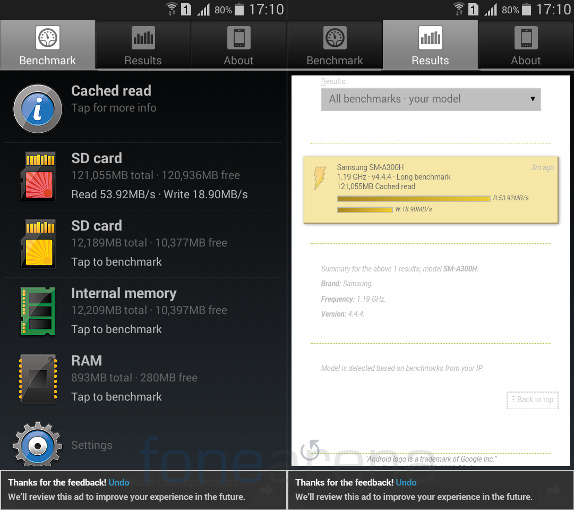 The read speed was around 53.9 MB/s and the write speed was around 10 MB/s with the A1 SD Bench app for Android. Some testing apps like SD tools and SD Card Tester did not work and showed errors, hence we could not test the speed using those apps. 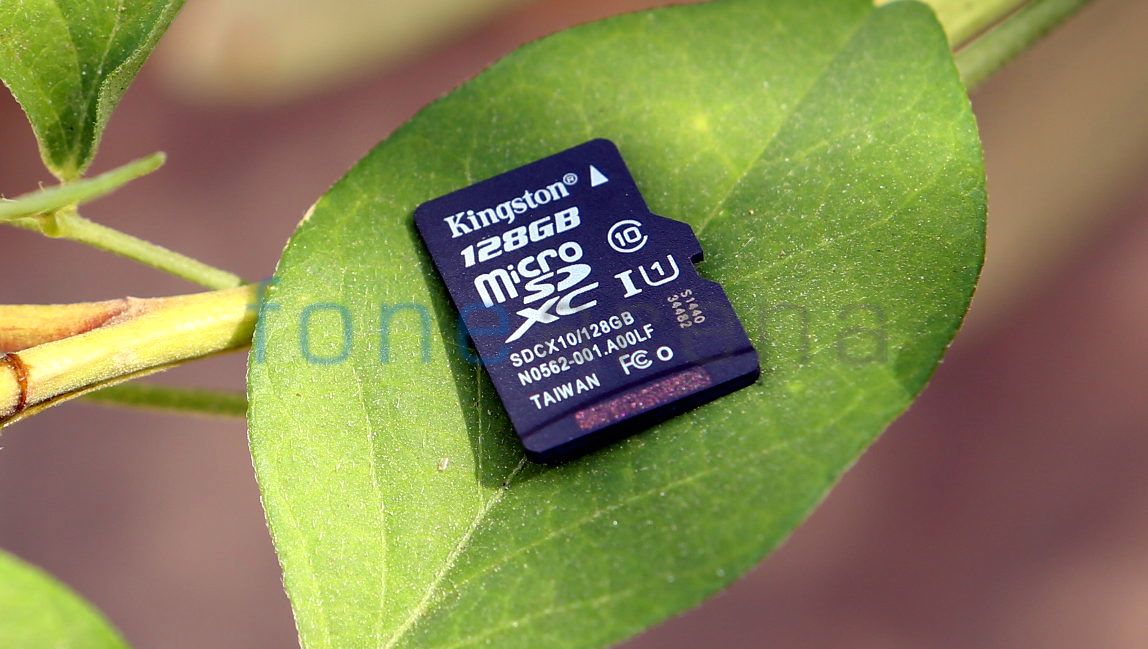 The Kingston 128GB Class 10 microSD XC card offered impressive and steady write speed and read speed for a UHS-I U1. We have come a long way in expansion memory. Few years back 512MB and 1GB cards were the top-en, now we have 128GB cards. Since we now have smartphones that is capable of recording 4K videos, which takes of several GBs of space for a few minute video, having a 128GB card handy lets you store several hours of 4K videos. Having a memory card slot in your smartphone is always useful if you play more games in your smartphone or store a lot of media content, and if it supports 128GB microSD cards, it would be even better.

Main thing you should notice about the 128GB cards is the compatibility. Check the official smartphone or tablet maker’s website to find out if your device supports 128GB cards. Even though most latest mid to high-end devices do, some smartphones only supports maximum 32GB or 64GB cards. The Kingston 128GB SD card is available for $99.99 in the U.S, which coverts to about Rs. 6,200. It is not available in India yet, so the Indian pricing is unknown at the moment. We will let you know once it goes on sale in India. Kingston also introduced high capacity UHS-I U3 microSDXC cards few months back. We will be reviewing the Kingston 64GB UHS-I U3 microSDXC card soon, which offers 90MB/s read and 80MB/s write speed.