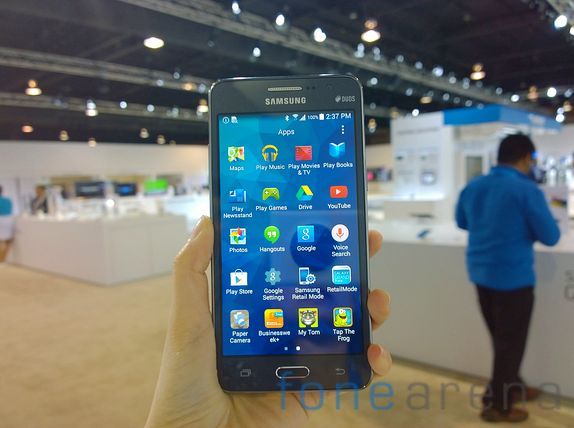 From top of the 4G devices line that was announced at the Samsung Forum 2015 in Bangkok, the Samsung Galaxy Grand Prime 4G will hit stores from second week of March 2015. The dual SIM phone will be available in White and Grey colours. 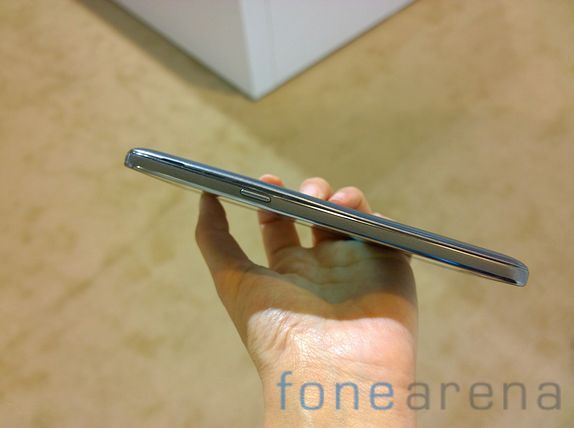 Samsung Galaxy Grand Prime 4G is not quite slim at 8.6mm in thickness. Rounded edges give it a more bulky look. It feels reasonably light to hold. This 4G phone weighs about 156 grams. 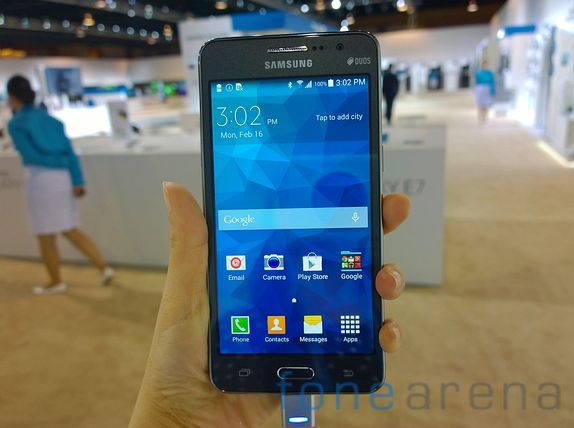 5-inch qHD TFT display has a rather disappointing 960×540 resolution. 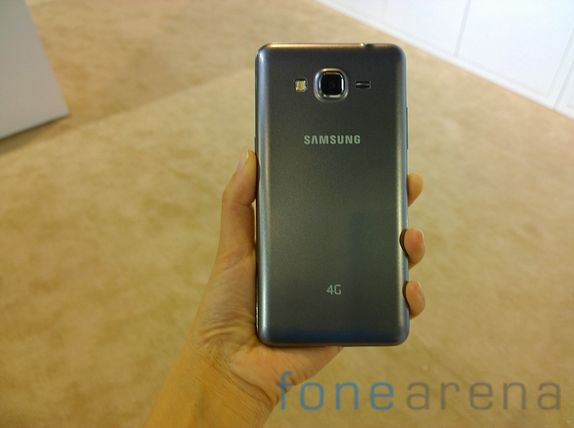 Backside proudly reads 4G with a 2600 mAh battery hidden behind it, to power a dual SIM phone. Back cover is given a matte finish with curving side spines. One side holds the volume rocker and the opposite side has the power button. Top side has the 3.5mm audio jack and bottom side has the micro USB slot for charging. 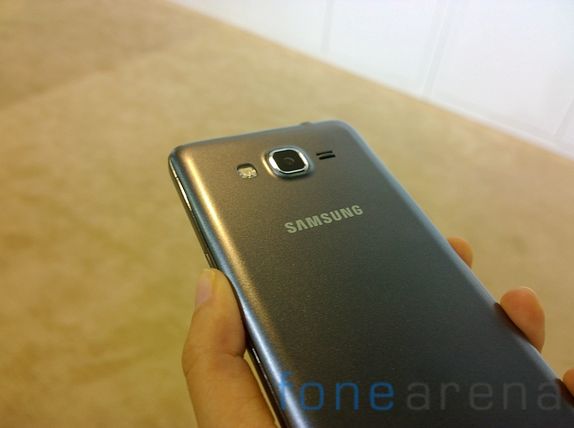 Back side bears an 8MP snapper with single LED flash and speaker grill right besides it. Front side camera is a 5MP camera. Video recording capabilities include full HD recording at 30fps. 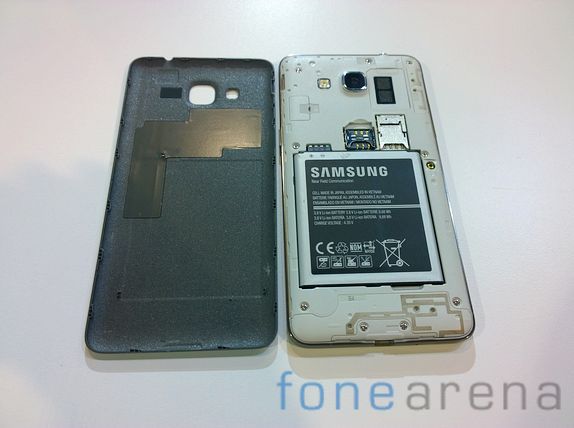 All slots are behind the plastic back cover. Above the battery compartment on the right side is a micro SIM slot and right on top of it, within the same metallic space, is a micro SD card slot. The middle slot, is the second SIM slot. There is a memory slot in the device because Samsung offers only 8GB ROM. It has 1GB RAM and it is capable of taking up to 64GB microSD memory card. 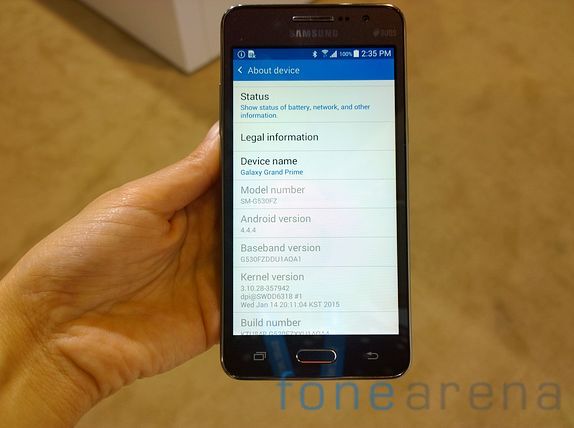 It runs on a 1.2GHz quad core processor. This Android phone is not powered by Lolipop, but the older Android 4.4.4 (KitKat). The Samsung Galaxy Grand Prime LTE is expected to be priced very close to its predecessor. Price of the device will be revealed, closer to the launch date.