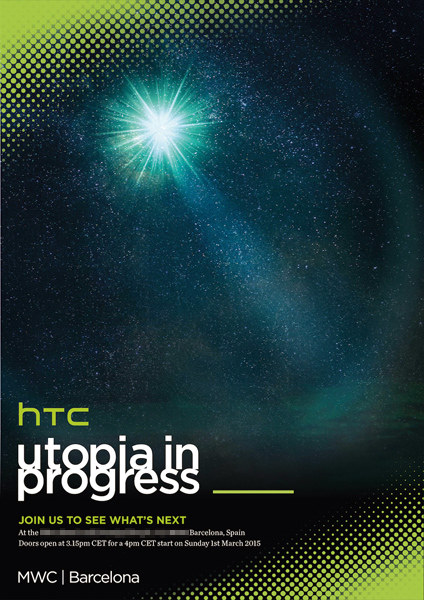 HTC has started sending out invites for the the announcement of its next flagship smartphone at the Mobile World Congress in Barcelona on March 1st. The invite just says utopia in progress on a starry sky, highlighted by a single burst of light and Join us to see What’s Next.

HTC unveiled the Desire 826 smartphone at the CES earlier this month, but it did not introduce the most expected flagship One series smartphone codenamed Hima.

There are huge expectations for the next flagship HTC smartphone as usual. The HTC event at the MWC is set for March 1st, 4PM CET (8:30PM IST).