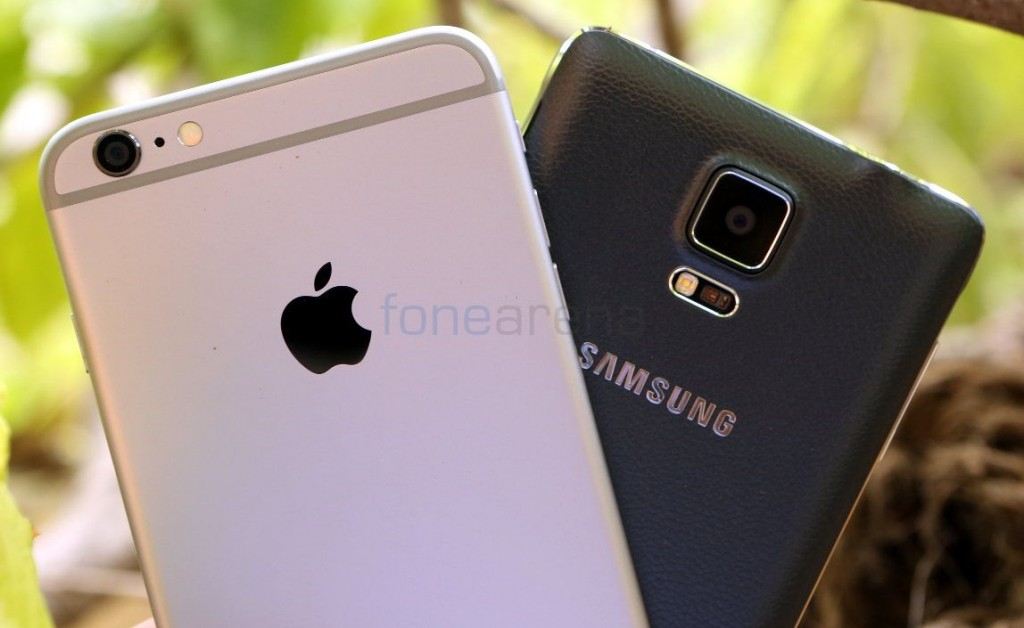 Samsung and Apple have had their fair share of flagship battles over the years. iPhone or Galaxy S? That’s the standard question people asked, for buying a flagship. But this year has been slightly different. In the Note’s third iteration, it was clear that Samsung had not one but two flagship devices. Similarly, Apple now has two flagship devices, the iPhone 6 and the 6 Plus. Conveniently, the iPhone 6 Plus and the Note 4 are direct competitors, with similarly sized screens and ambitions. They compete on a lot of things with many commonalities, but some experiences are decidedly better on one, when compared with the other. So, here are five things that we feel the Note 4 does better vs the iPhone 6 Plus.

Before diving into the list, it’s worthy to note that the Galaxy Note 4 has a 5.7 inch display while the iPhone 6 Plus, which is a tad taller, has a 5.5 inch display. Both are big and beautiful screens, with the Note 4’s AMOLED screen sporting a resolution of Quad HD 2560×1440 while the iPhone’s IPS screen comes with a full HD 1920×1080 resolution. 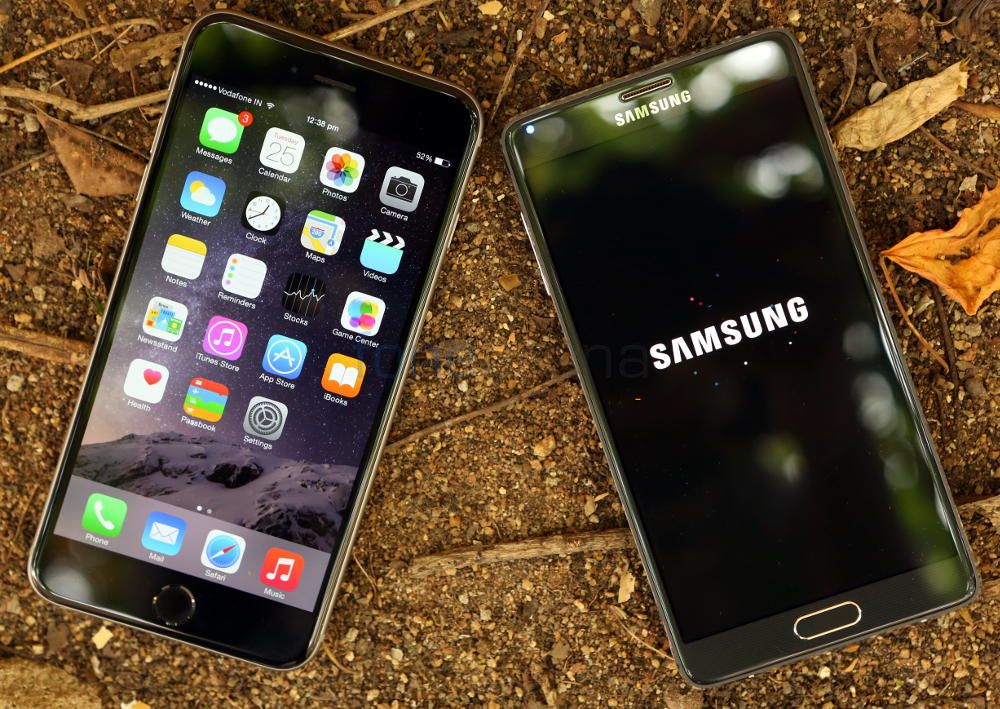 The Galaxy Note 4 has double the resolution of the iPhone’s 8 MP sensor and can record 4K video at 30 fps while the iPhone does full HD. Yes, the Note 4 resolves more detail and it 1ups the iPhone in other departments too, but what we really like is something that makes the Note 4 much better than the iPhone, Realtime HDR, in videos. Harsh lighting and lost detail in shadows can be recovered when using HDR in photos, but videos have largely been ignored, mainly due to the heavy lifting needed. Others have tried, but Note 4 kills it, with great dynamic range in videos. While it is not possible to shoot HDR video in 4K, the full HD option itself works great, and is miles better than the iPhone’s full HD videos. The Rich Tone also brings a cinematic feel to the colour. 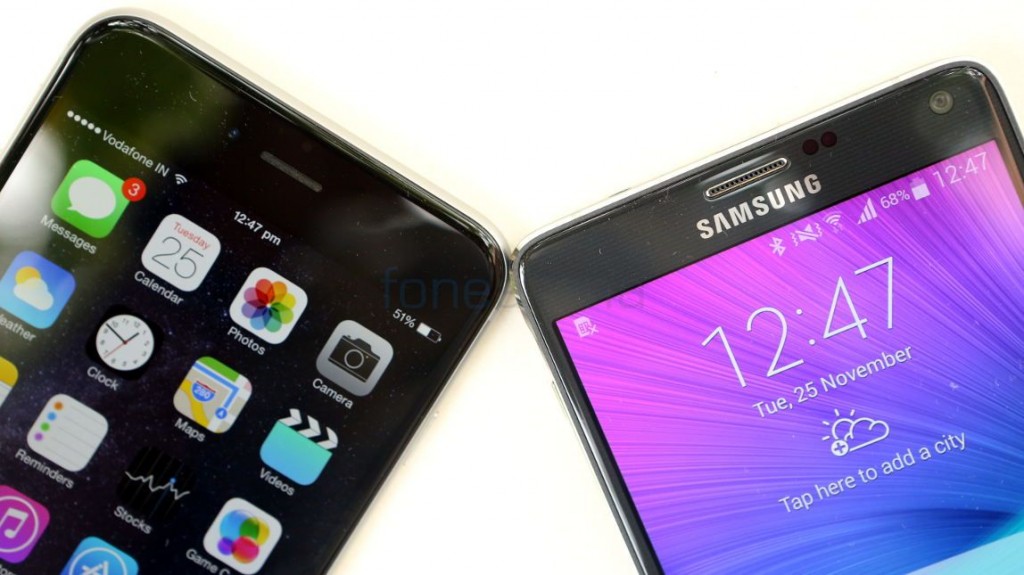 The front facing camera is an important feature these days, because, well, Selfies. The one on the Note 4 is a 3.7 MP unit, fitted with a really wide angle lens. The lens, by default, has an angle of 90 degrees in portrait and 120 degrees in landscape, to enable better group selfies. Not only that, the front facing camera can record videos at WQHD resolution. The iPhone pales in comparison, with a narrower lens and lesser resolution.

#3 Not slipping from your hands 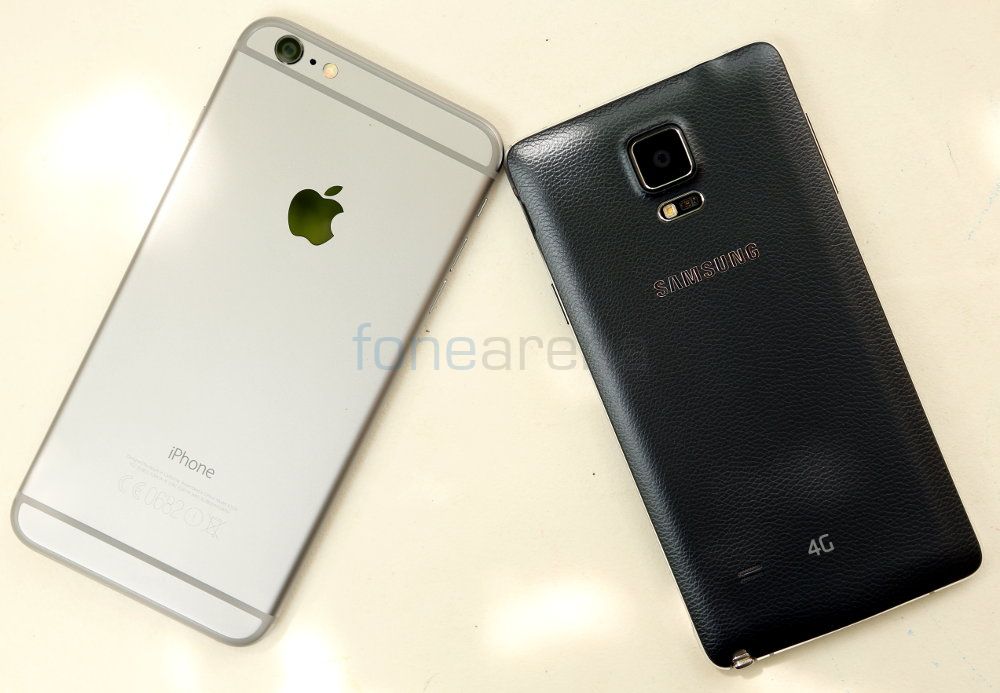 When designing a big phone, the way it fits in your hand, matters a lot. In this department, the iPhone 6 Plus falls flat, sometimes literally, in comparison with the Note 4. The Samsung Galaxy Note 4 has a curved back, which manages to fit nicely with the curvature of our hands, while the iPhone 6 Plus’ curved sides and a flat back, make it unwieldy for use. We thought the iPhone weighed more, but it doesn’t. Also, the materials used on the Note 4 are much better for grip than the matte metal finish the slippery iPhone sports. 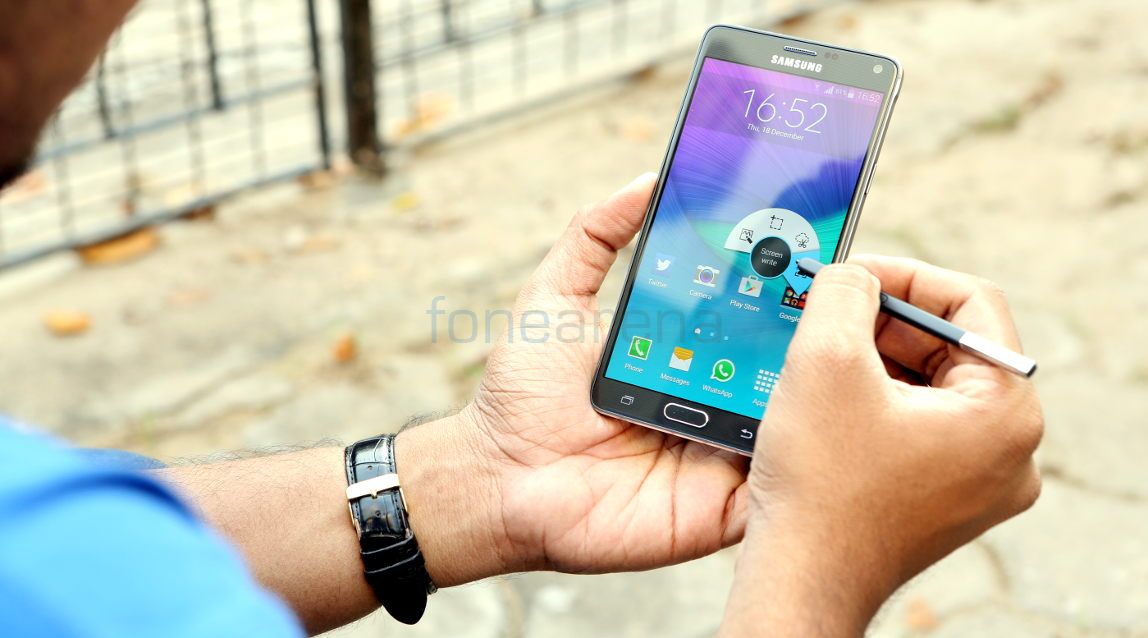 Obviously the S-Pen and its features are non existent on any other device, but what counts is how it makes the whole process of note taking better, on a phone. Let’s not kid ourselves, people take a lot of notes and that’s why apps like Evernote or OneNote exist. The default note-taking experience on the Note 4 is S-Note, which can be linked with Evernote and even OneNote has great inking support. The act of taking the S pen out and jotting down notes in seconds is a much better experience than having to type it out inside an app.

Check out the complete set of features here

#5 Utilizing of the big screen 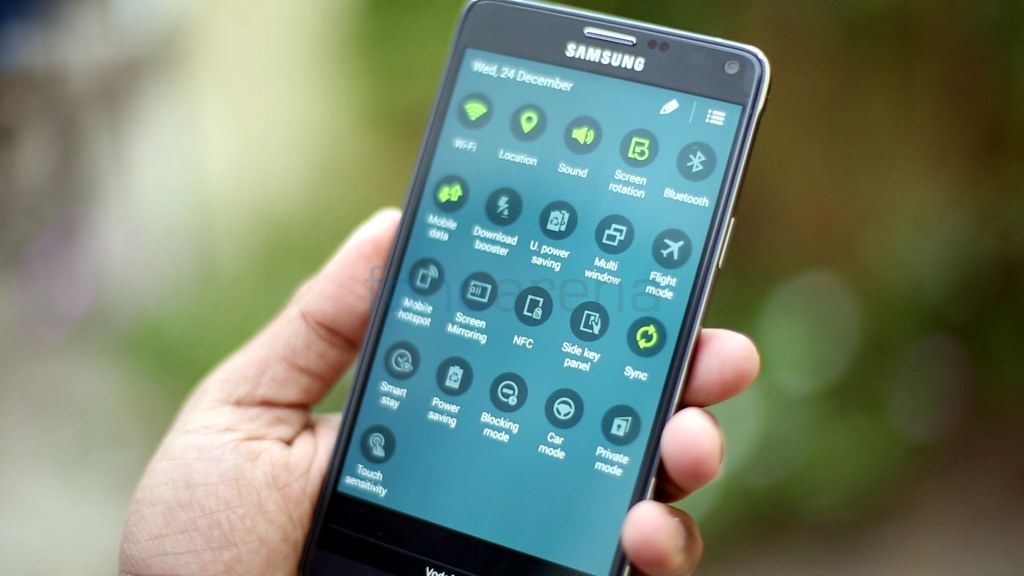 As mentioned earlier, these top end screens are almost always indistinguishable despite the differences in technology, mostly because the human eye cannot tell between 1080p and Quad HD, adding to the fact that they already are great displays on their own. But the Note 4 surely utilizes the big screen way better than the iPhone, mainly thanks to the multitasking features it has. You can run two or more apps at the same time on the Note 4, which makes for interesting use cases some times. Like for example, taking notes with the browser open, something the Note 4 can do and the iPhone can’t. Apart from scaling and reachability, the iPhone doesn’t do much for the big screen, while the Note 4 is swamped with features, mainly because of the legacy it carries in software as well as hardware.

Multitasking on the Galaxy Note 4

Both the 6 Plus and the Note 4 are great devices, but clearly, there are some key things that the Note 4 does better. May be the iPhone will play catch up later, but for now, you have only two choices for buying the best top end phablet. So, what’s your choice? The Galaxy Note 4 or the Apple iPhone 6 Plus? Let us know what you think in the comments section below.