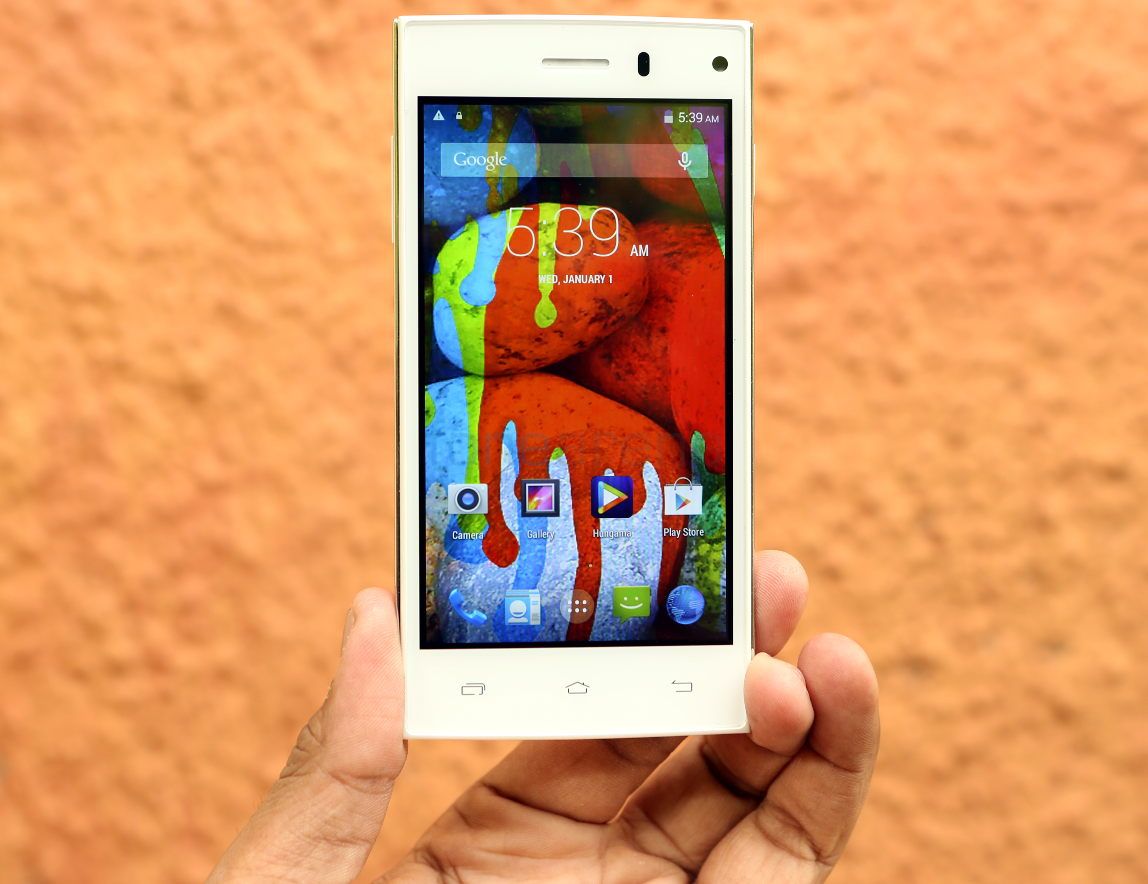 Obi Mobiles launched the Obi Alligator S454 smartphone in the low-mid range segment few weeks back. Priced at Rs. 6,450 (MOP), the Obi Alligator S454 competes with the likes of Micromax Unite 2, Motorola Moto E and even the Android One devices that lies in similar price range. Check out the unboxing and photo gallery. 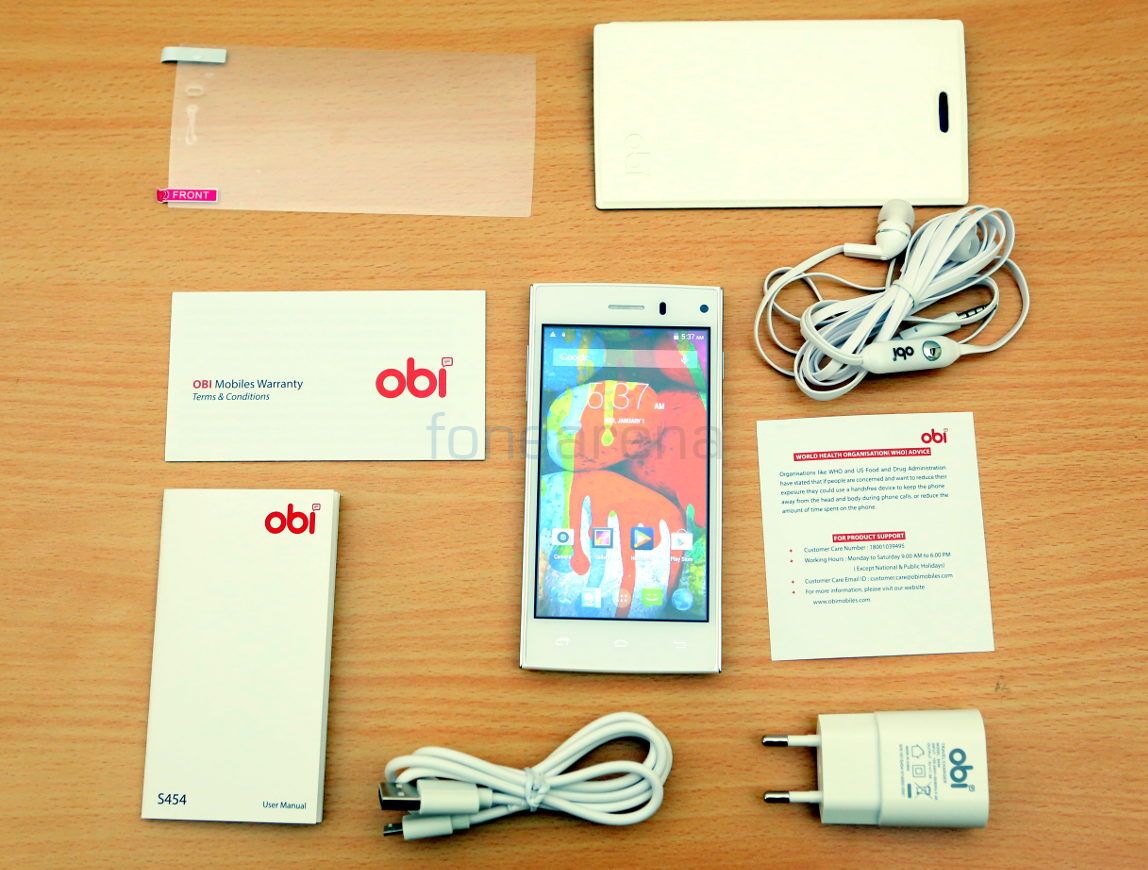 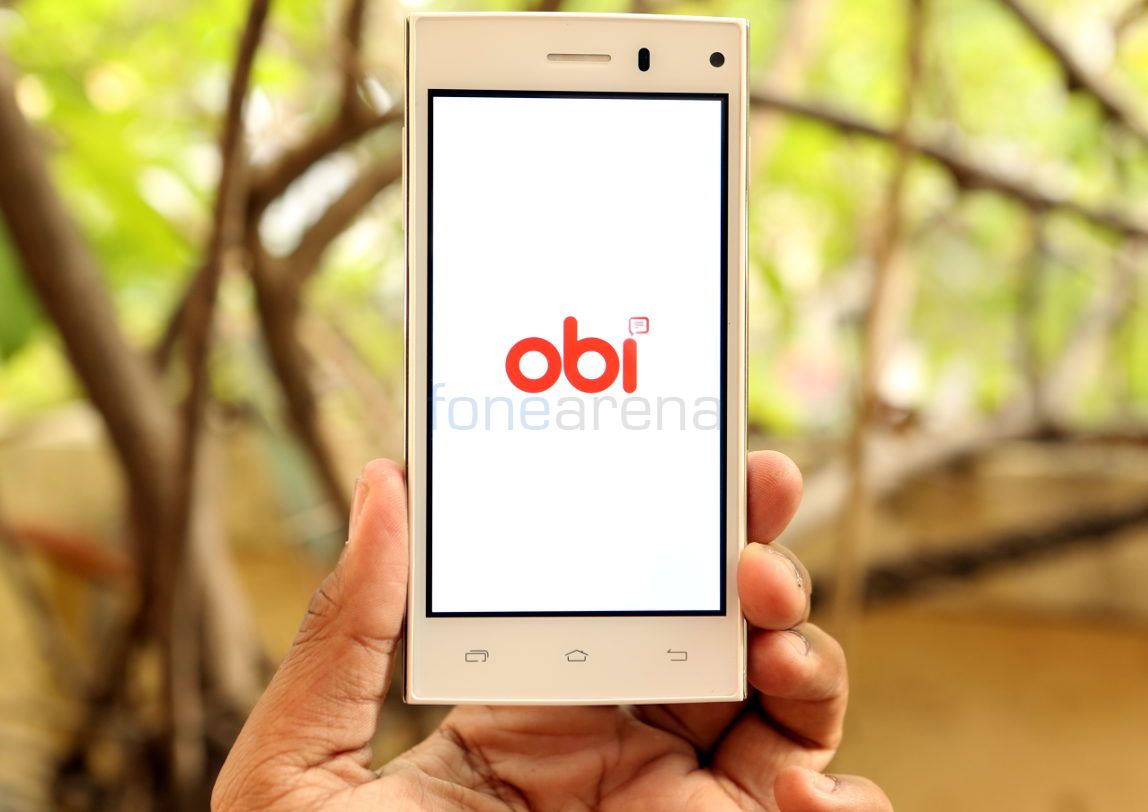 The 4.5-inch (960 x 540 pixels) qHD IPS display looks quite good and is bright. The design of the smartphone is similar to the Obi Hornbill S551 on the front, but sides and back are different. Powered by a 1.3 GHz Quad-Core MediaTek MT6582 processor with Mali 400 MP2 GPU with 1GB RAM, the UI is smooth. It runs on Android 4.4 (KitKat), which is almost stock. 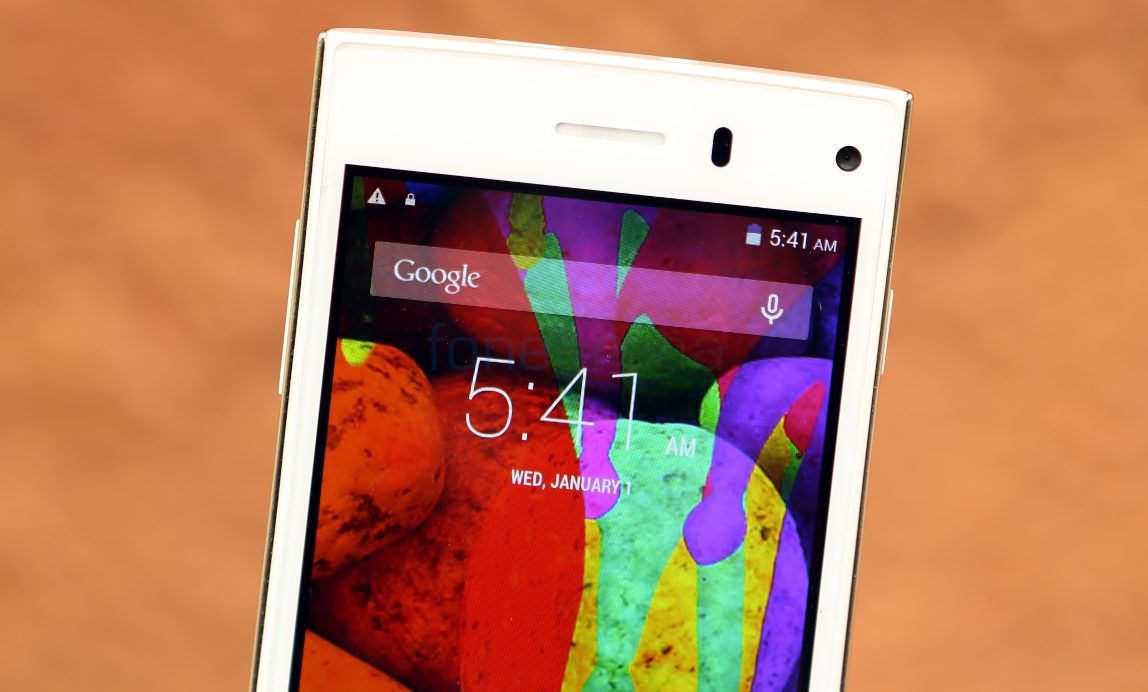 It has a 2MP front-facing camera along with earpiece in the center and the usual set of proximity and the ambient light sensors. 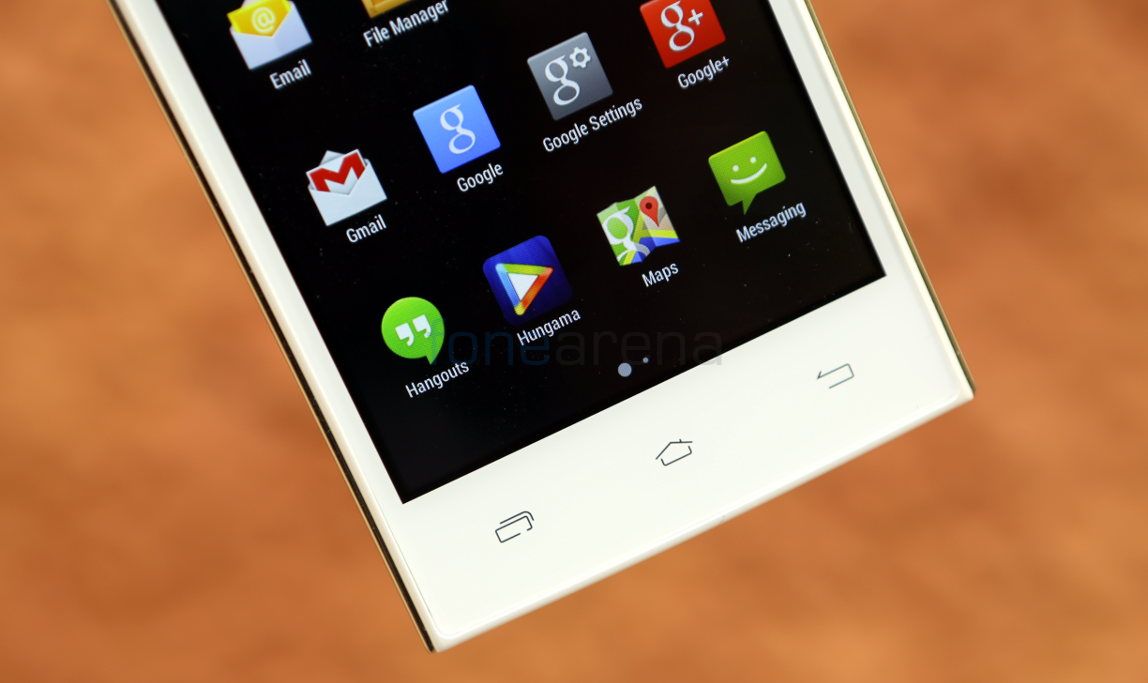 It has the usual set of capacitive touch buttons for menu, home and back, below the display. These are not backlit, but offer haptic feedback when pressed. 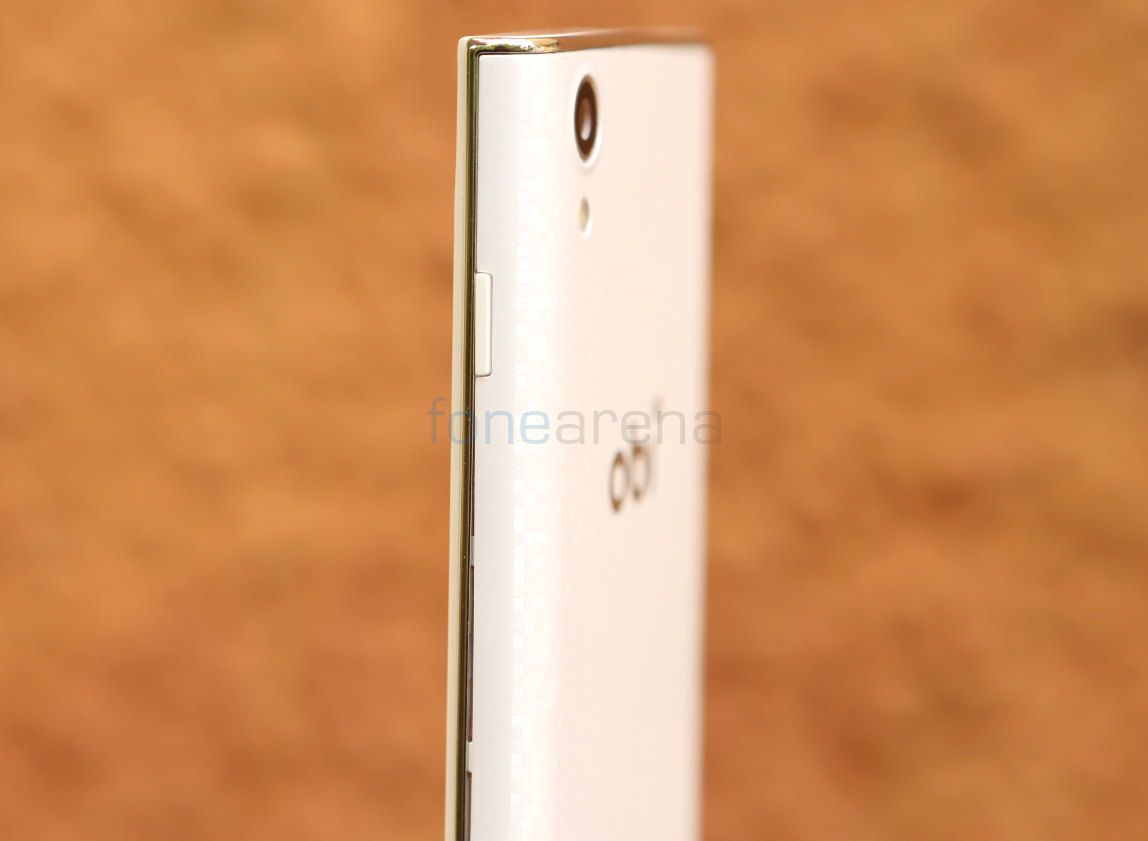 There is a power button on the right side, between the front and the back panels. You can also see a shiny chrome rim running on the sides. 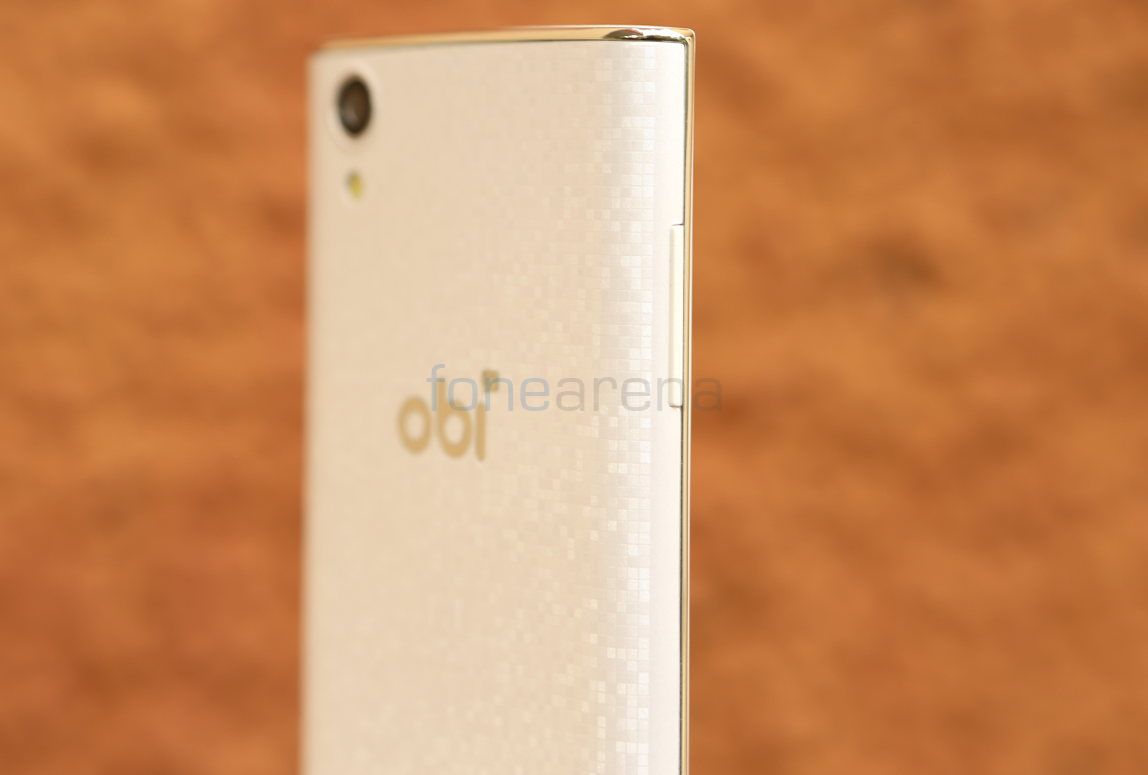 The volume rockers are present on the left side. The smartphone is 8.2mm thick. 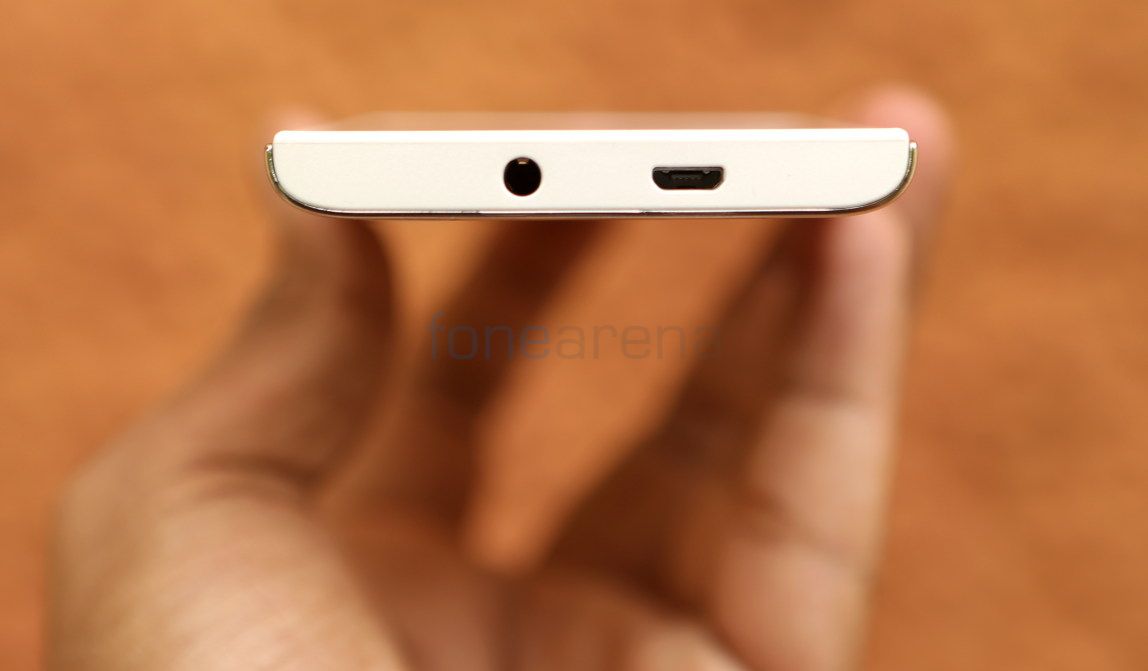 The 3.5mm audio jack is present on the top along with a micro USB slot. 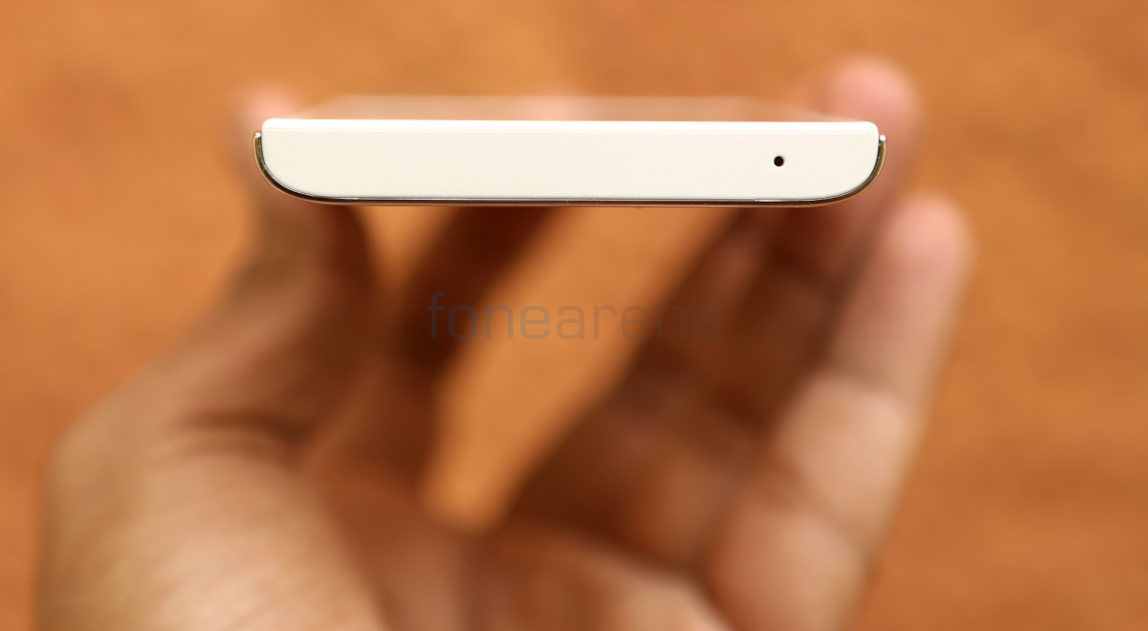 The primary microphone is present on the bottom. The smartphone has curved edges that look appealing. 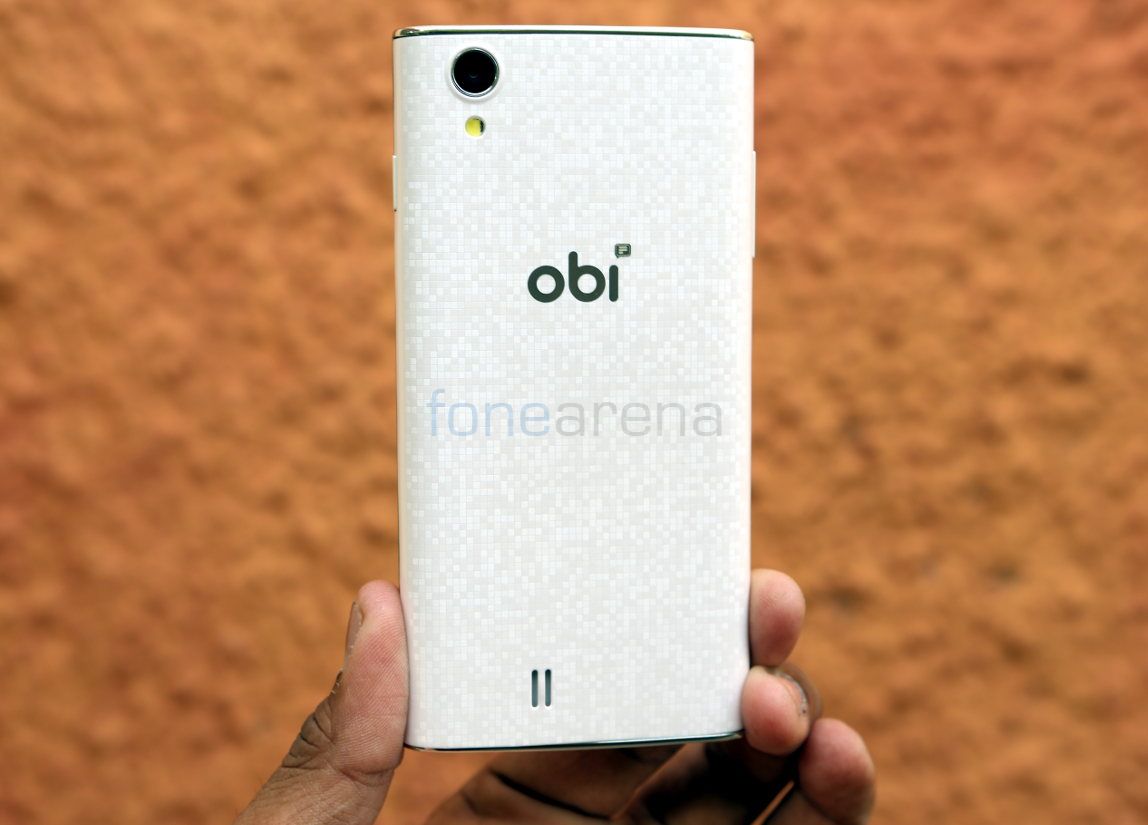 The back cover has a unique pattern, similar to the Nexus 4. It has solid build quality. 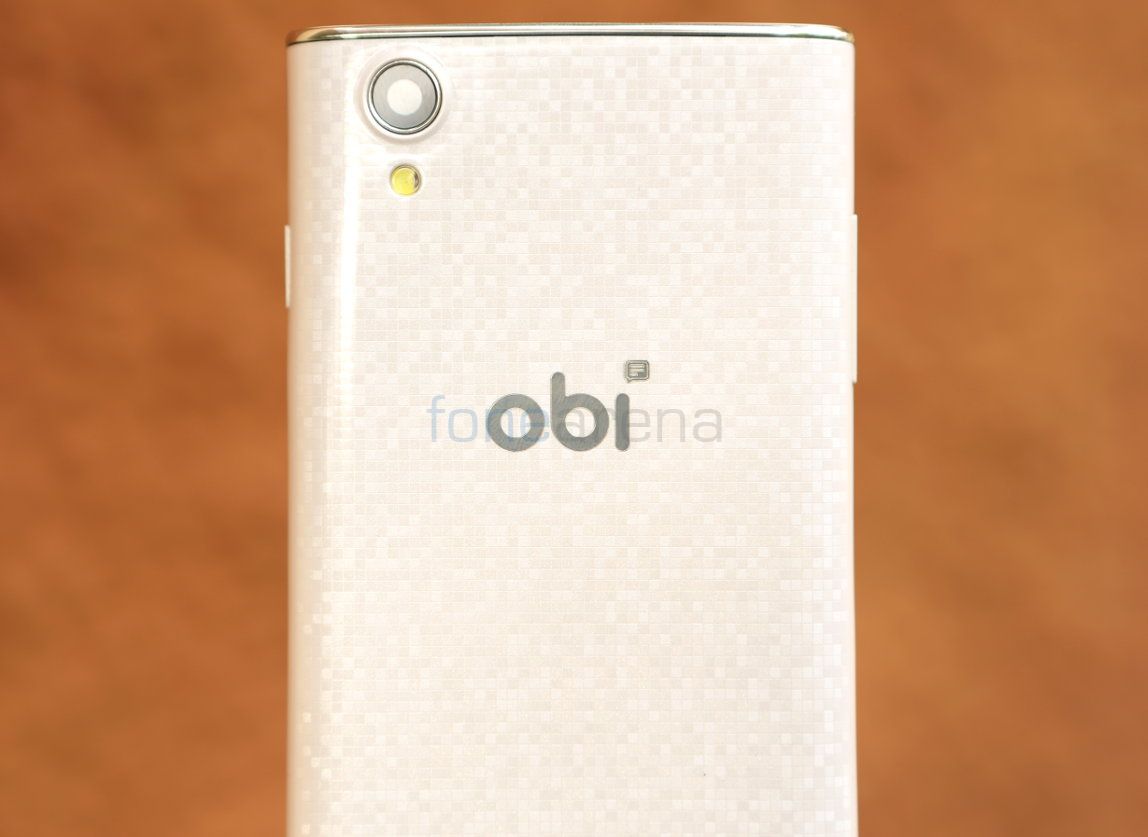 There is a 8MP auto focus camera on the back with LED Flash. 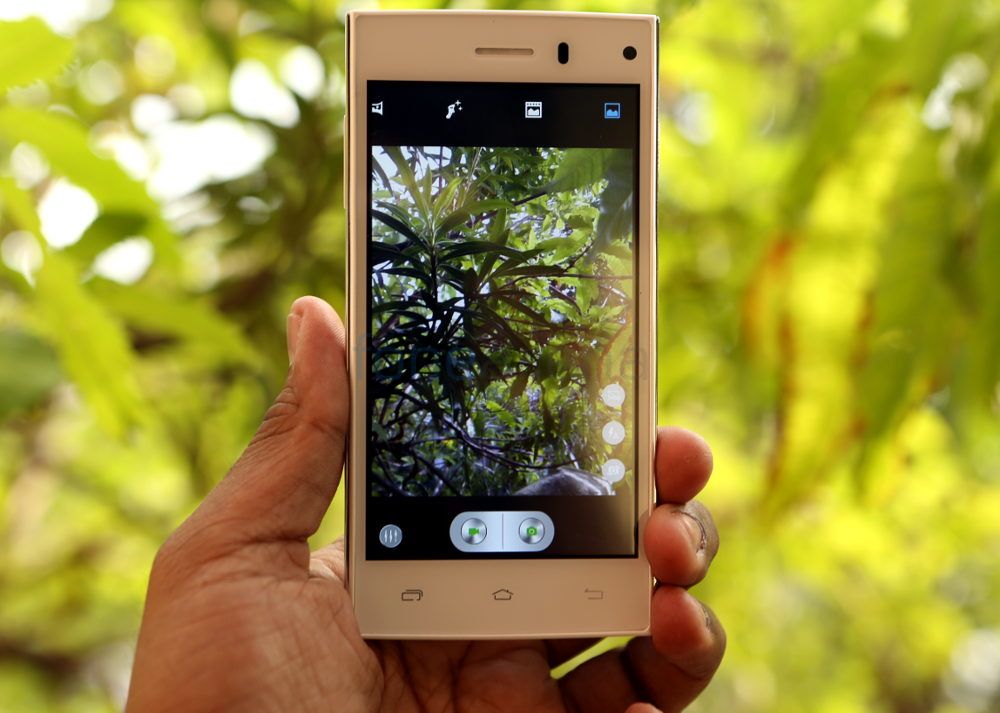 The camera UI is almost similar to most MediaTek-powered smartphones running on Android 4.4, but the on-screen buttons are a bit different to match Obi’s style. 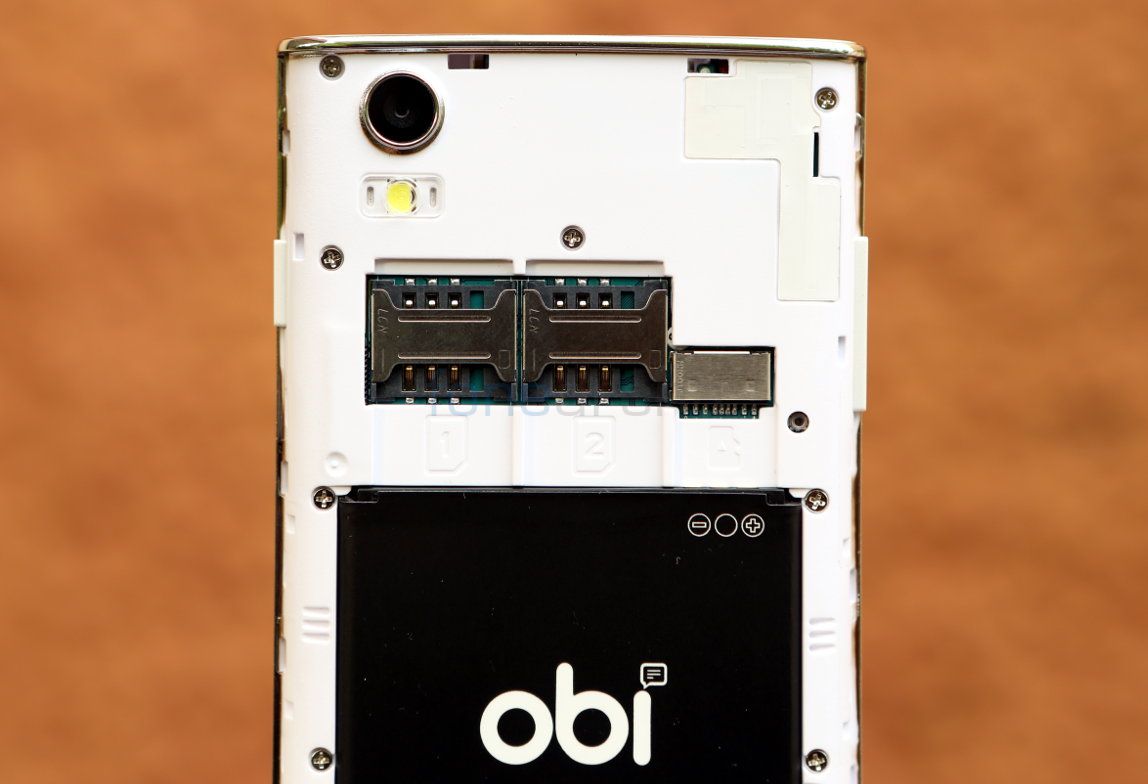 There are two standard/mini SIM slots under the back cover along with a microSD card slot that accepts cards up to 32 GB. It has 3G, Wi-Fi b/g/n, Bluetooth 4.0, and GPS. It has 8GB of internal storage, out of which 4.14GB is available for mass storage and 1.8GB for apps.

There is a 1600mAh Lithium-Ion removable battery . We will be testing out other aspects of the smartphone in separate articles and videos soon.