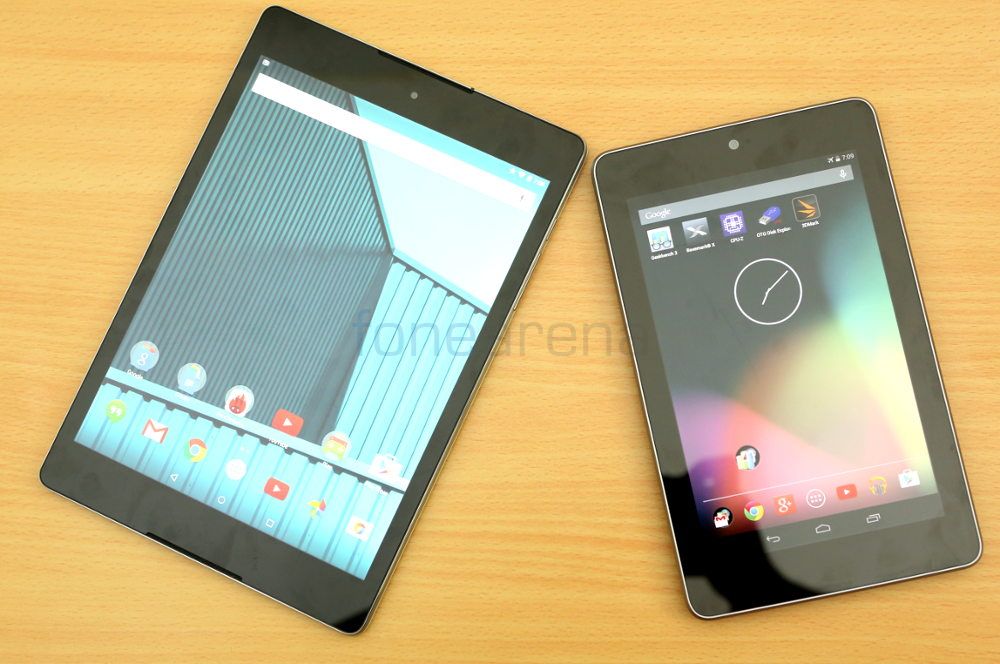 Google announced the Nexus 9 tablet made by HTC last month. We brought you the hand-on and the photo galley of the Nexus 9 followed by the unboxing. Now lets compare the Nexus 9 with Nexus 7 2012. 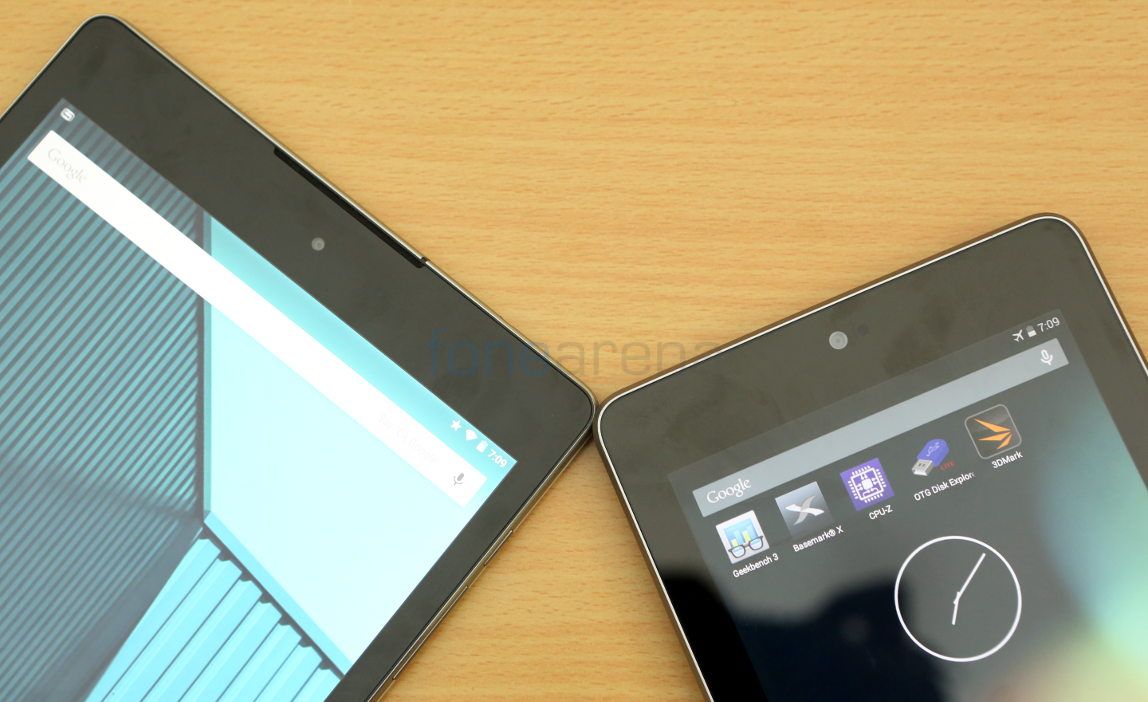 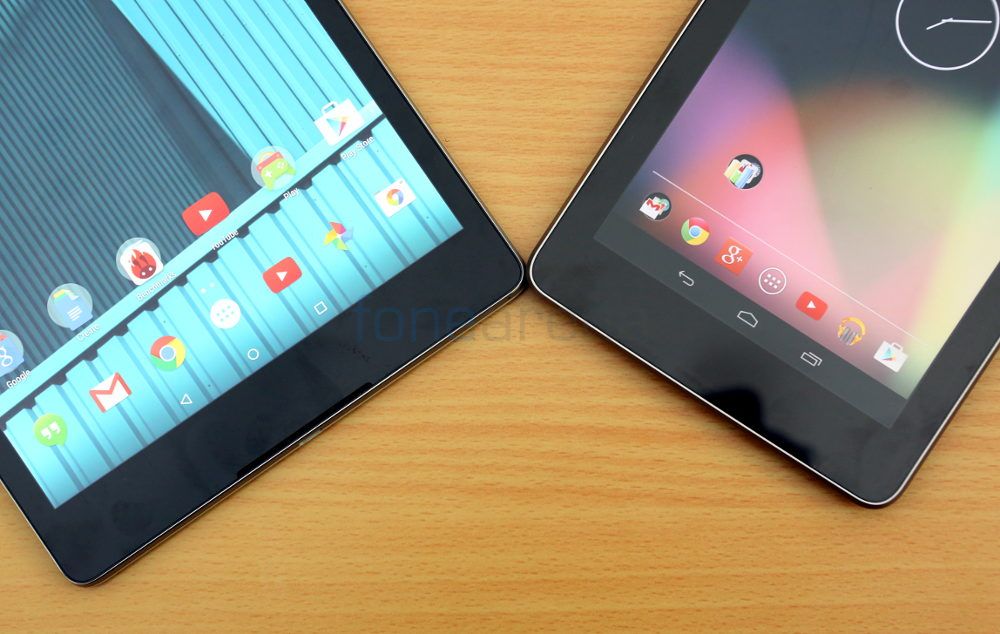 Both the tablets have on-screen touch buttons. The front facing speaker is also seen on the Nexus 9 below the bezels. The Nexus 9 runs on Android 5.0 Lollipop and the Nexus 7 recently got the Lollipop update. 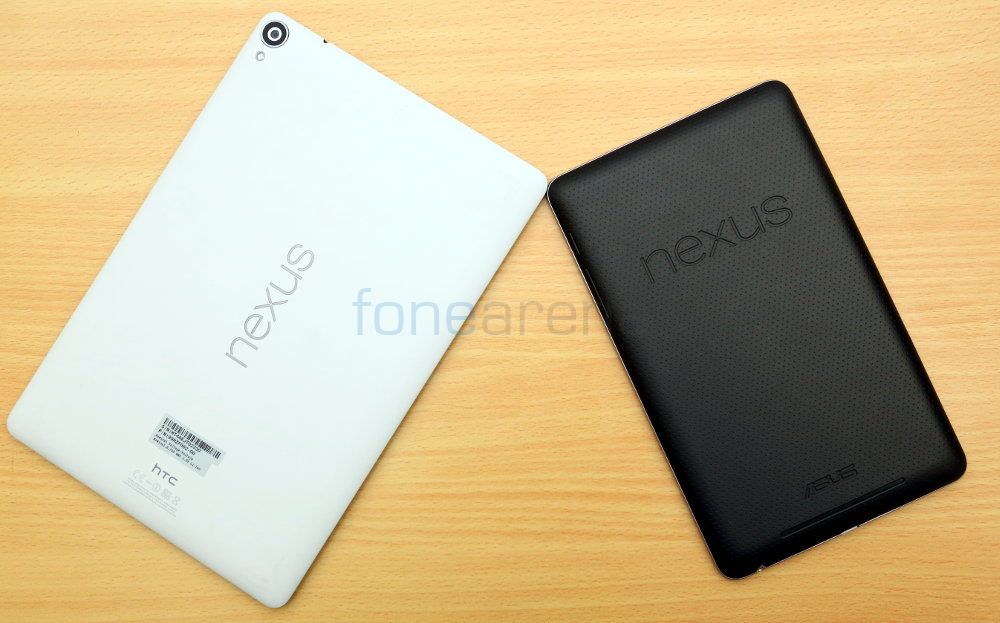 Both the devices have the volume rockers and power button on the right side. However, these keys are is a metal finish on Nexus 9 and that on the Nexus 7 2012 is plastic and are situated on the back cover instead of the right side. 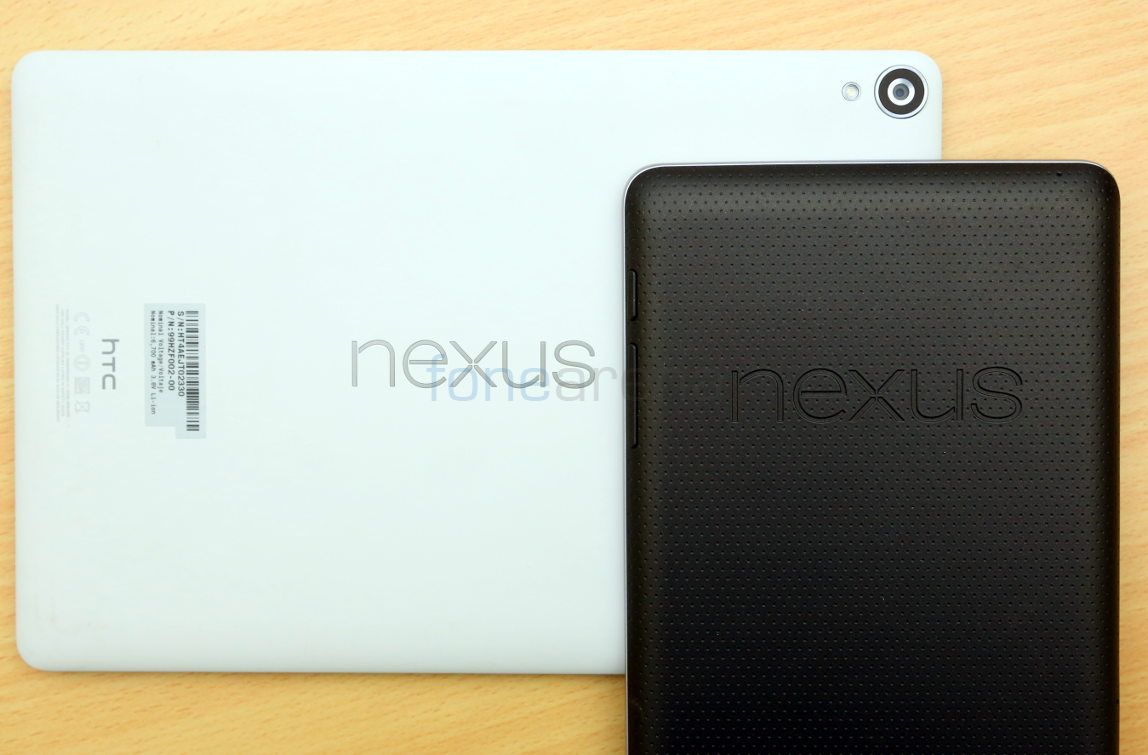