Google’s Project Tango tablet has appeared on the Play Store. The 7-inch Project Tango Tablet Development Kit is powered by NVIDIA’s new Tegra K1 processor and comes equipped with an impressive 4GB of RAM and 128GB of onboard storage. 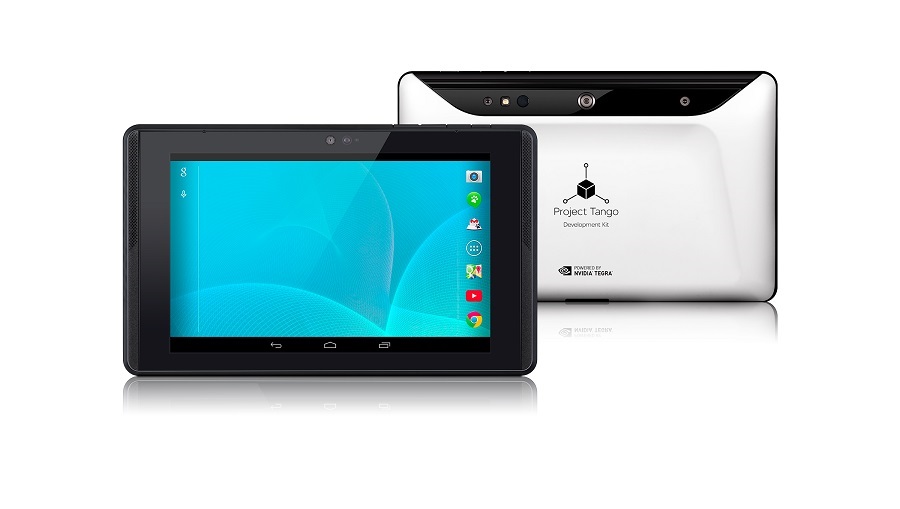 Google announced in June that it is bringing the Project Tango tablet along with LG in 2015. The first Project Tango developer kit is not up for sale yet but is listed in black or white models. For those who are unaware, Project Tango is an ambitious project announced by Google in February this year that has ability to measure dimensions of the surrounding. It comes with a bunch of sensors to add 3-D mapping and other advanced scanning software. It has 1MP front shooter and a 4MP camera at the back and comes with a 4,960 mAh battery.

The Project Tango tablet runs on Android 4.4.2 and  is expected to cost $1,024, but there is no word of when it will actually go on sale. As it is a developer kit, the Project Tango comes without a warranty and Google will not be accepting any returns or issuing any refunds.
via