Last week, WhatsApp CEO Jan Koum revealed that it has postponed the release of its voice calling feature till Q1 of 2015. Now, a couple of icons and screenshots of the voice call functions has been leaked.

The icons were leaked to the Dutch Droidapp by “anonymous sources”. They sport a flat and simple design. The first icon is for missed call, second one is to begin a call and third icon is to end a call. While fourth, fifth and sixth is for incoming and outgoing calls respectively. Finally, the last icon is for Active new call. A bunch of source code were also leaked that indicate the voice call features. These source code are available in Dutch, French and German languages as well. 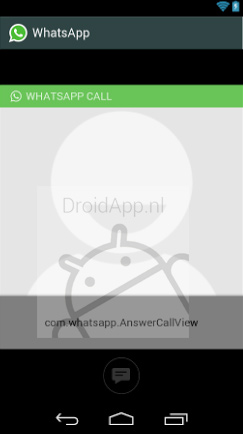 Let’s hope that WhatsApp will finally roll out the much awaited feature in the new year at the earliest. Earlier today, WhatsApp was updated with new check mark system that shows the status of your sent message.