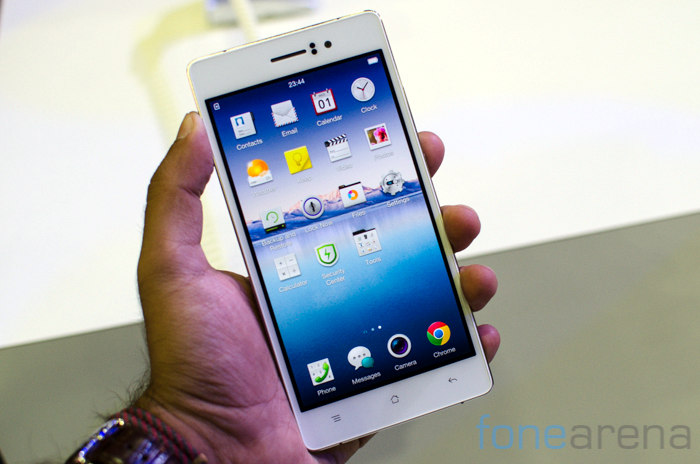 Oppo just unveiled the Oppo R5, the world’s slimmest smartphone at just 4.85mm thickness. We got to check out the smartphone at the Singapore event. Here is the photo gallery and the hardware walkthrough. 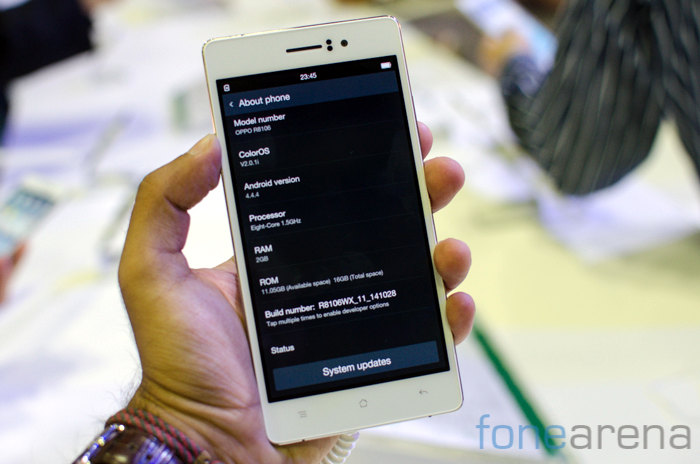 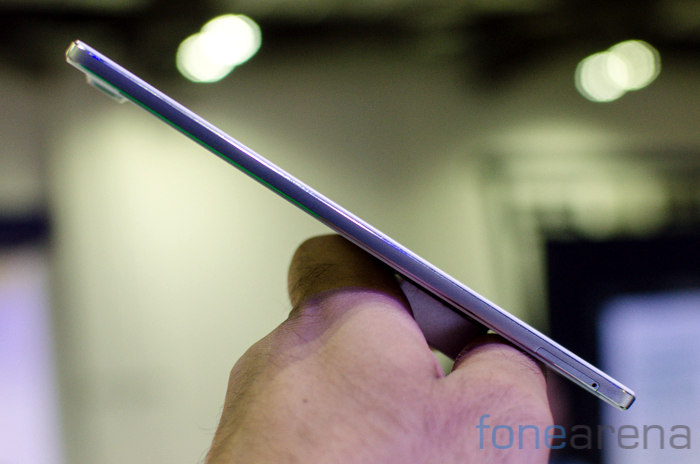 Oppo has used  metal, resin and other composite materials, that transforms thereby preventing it from absorbing any heat and improving the thermal efficiency. On the left side there is a single micro SIM card slot. 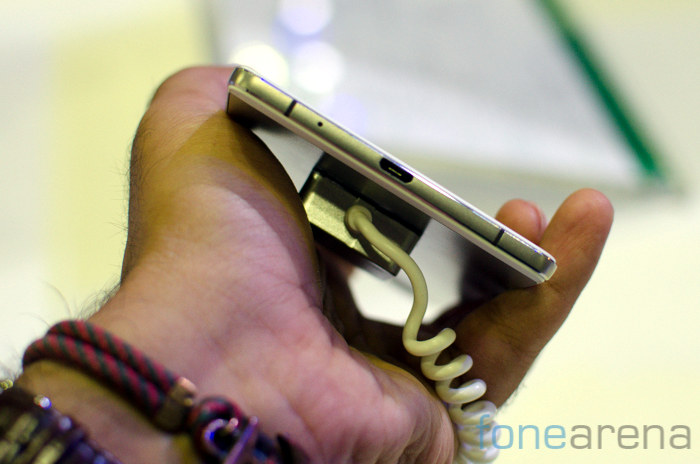 There is micro USB slot and a primary microphone on the bottom. 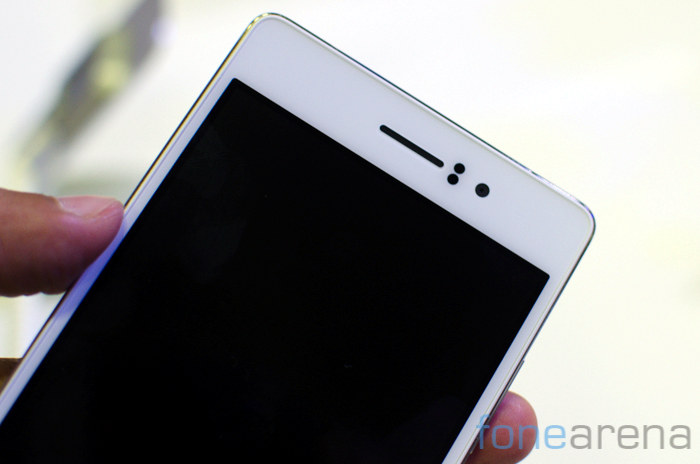 It has a 5-megapixel front-facing camera and the usual set of sensors next to the earpiece. 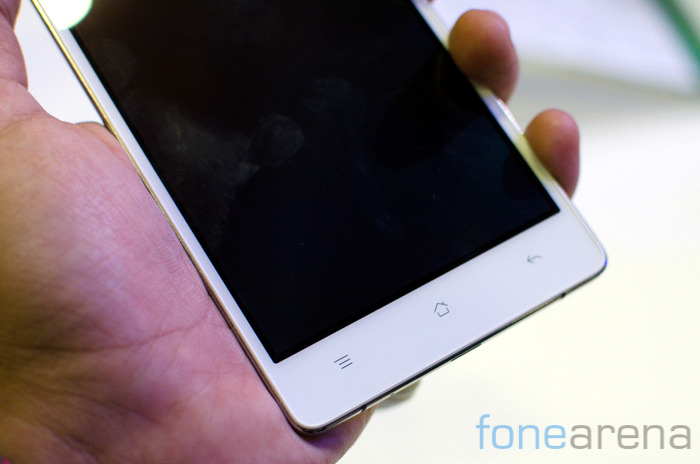 It has the usual set of capacitive touch buttons below the display. 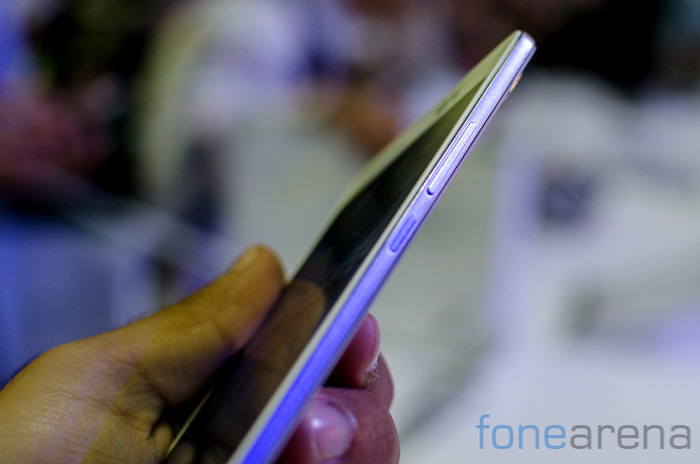 On the right side there is a power button and volume rockers. The smartphone comes in silver color. 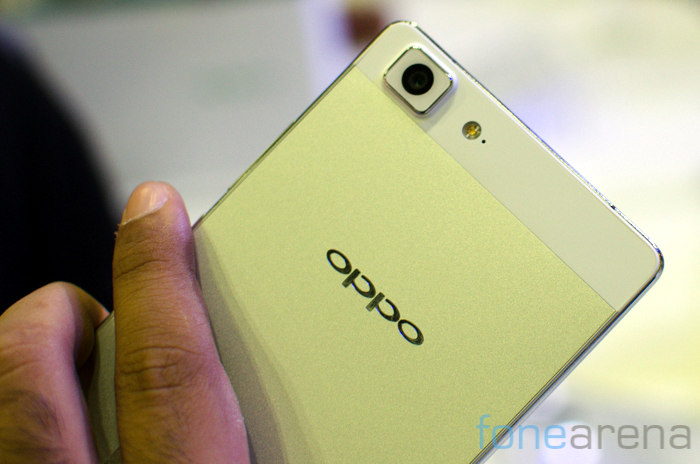 The 13-megapixel rear camera has Sony IMX214 sensor, Schneider lens and can capture images up to 50-megapixels using the photo stitching feature. Underneath there is a 2000mAh battery that has VOOC fast charging capabilities that can charge the phone to 75% in 30 minutes. It priced at 2999 Chinese Yuan / US$499 and would roll out in December.