Acer, the Taiwanese multinational hardware and electronics corporation is known for its desktop and laptop PCs. The company has entered the mobile space with its tablets and is trying hard to make a name for itself in one of the most profitable segments. 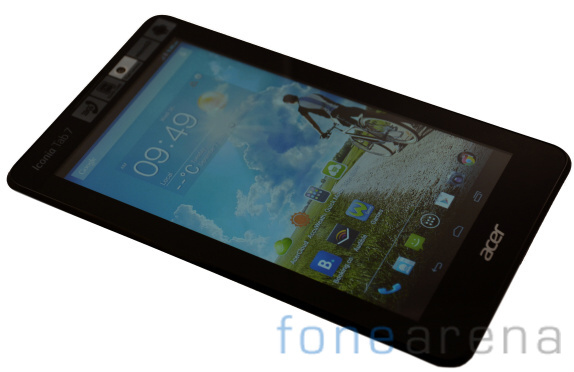 The latest slate from Acer to hit the store shelves is the Iconia A1-713. Acer is promoting the 3G data and voice calling ability of the tablet and calls it one of the best in its price range. We decided to take the device for a spin in order to find out if it has enough quality to sustain in the market and here’s what we think.

Acer Iconia A1-713 comes in a standard retail box with usual product branding and its hardware details. Inside the package you can find the A/C adapter, USB cable and some leaflets. 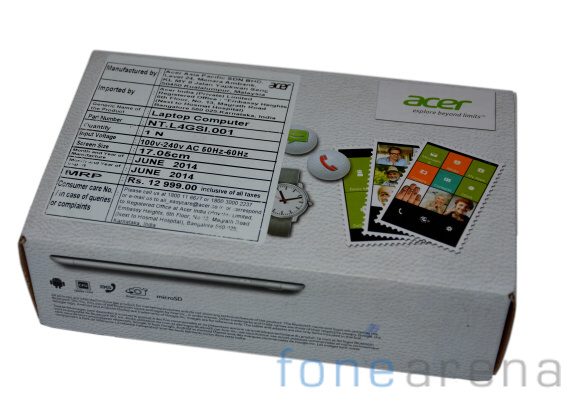 Apart from the basic accessories, Acer isn’t providing anything else and we believe that’s more to do with keeping the cost down.

The Acer Iconia A1-713 comes with a design language that we have seen with most of the 7-inch Android slates out there. Acer’s building material of choice is plastic and even though it’s of high quality – it doesn’t contribute to the looks of the tablet. 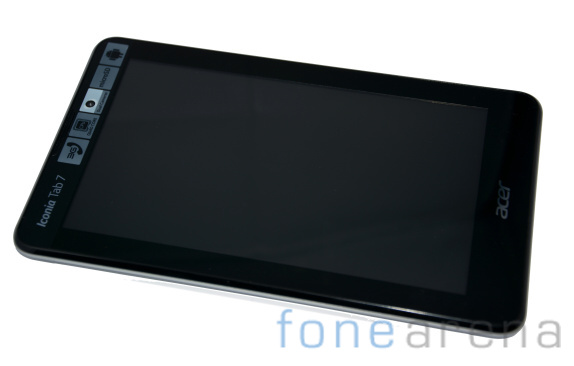 The rear panel of the slate has a metallic finish and is quite slippery. So, you need to be a bit careful while handling the tablet, else you might end up dropping it quite often. At 305 grams, the Iconia A1-713 is quite hefty, but the weight also has lot to do with giving a solid feel in the hand.

On the front, there’s a 7-inch display with on-screen touch buttons. Above the panel, there’s a front facing camera, earpiece, notification LED and an array of sensors. 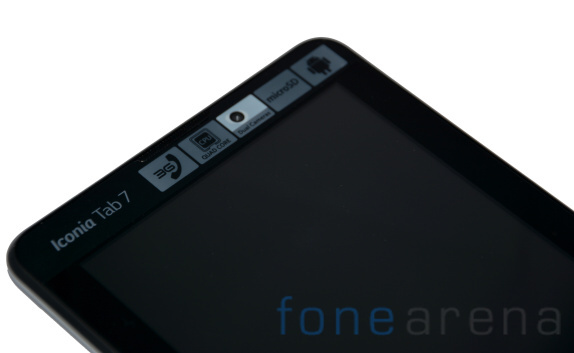 The volume rockers and the power button are seen on the right side along with the noise cancelling microphone pinhole. The left of the tablet is bare. 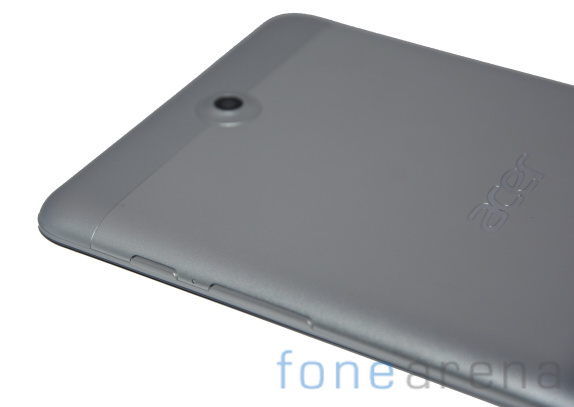 On the top is where you find the 3.5mm audio jack, while the bottom of the slate is where the micro USB port is located. 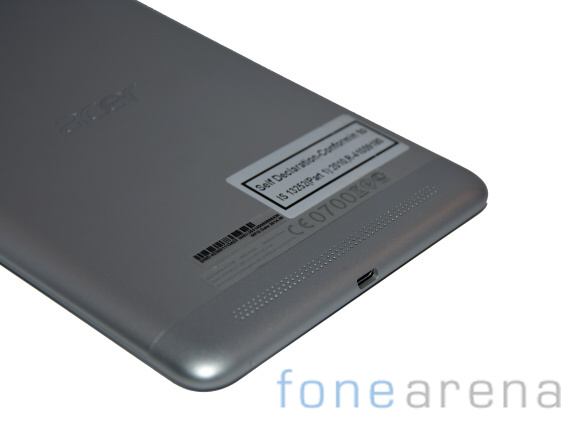 Moving on to the back you can see the rear camera. There’s a removable panel at the top of the tablet and underneath it is the SIM card and microSD slots. Acer branding is right in the centre, while the speaker grille is placed at the bottom. 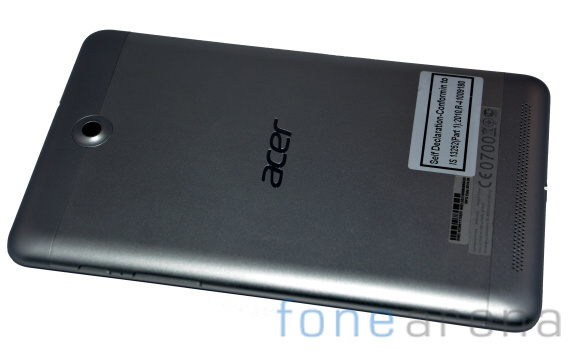 We were quite disappointed with the removable panel as it tends to flex very easily and is quite flimsy. We suggest you to handle it quite softly else you might end up breaking it.

Acer Iconia A1-713 sports a 7-inch TFT display with a resolution of 600 x 1024 pixels. These numbers add up to a pixel density of 170ppi. Acer hasn’t done a great job when it comes to the screen and it is definitely not one of the best we have seen.

If you look quite closely, you can differentiate between individual pixels and unfortunately, that’s not the quality we expect from a 7-inch tablet. The text appears to have a fuzzy texture and reading for a long time becomes quite challenging. 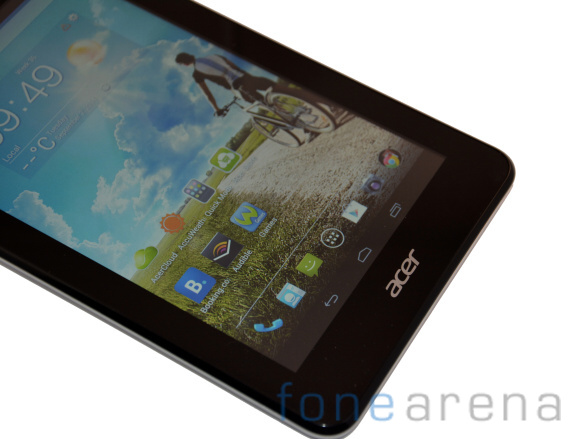 To make it worse, the viewing angles aren’t the greatest. The colors tend to shift when viewed at an angle and the contrast is a let down as well. You need to find a shelter to view the screen as its sunlight legibility is very poor.

The front panel is as good as a reflective mirror. Overall, the display on the Iconia A1-713 is not up to the mark and we don’t think it will impress any of you.

Acer Iconia A1-713 comes out of the box with Android 4.2 Jelly Bean. The quad-core processor along with 1GB of RAM tries its best to keep the performance smooth, but there is heavy lag while multi-tasking or whenever there are multiple applications running in the background. 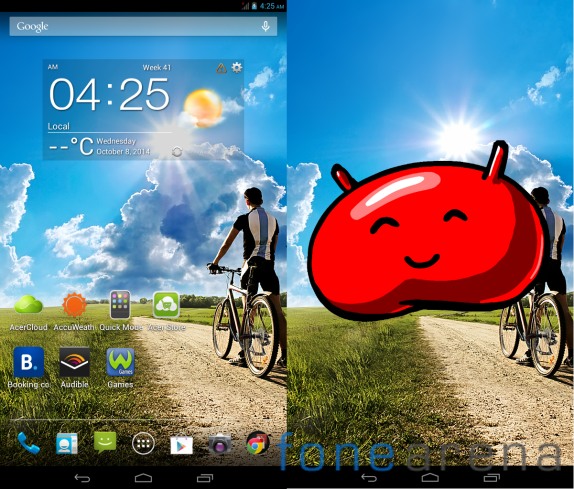 From the outset, the user interface looks very similar to stock Android. Acer has included a bunch of third-party applications along with some of its own. There’s no tablet specific software tweaks, which means that you don’t get multi-Window mode among other things. 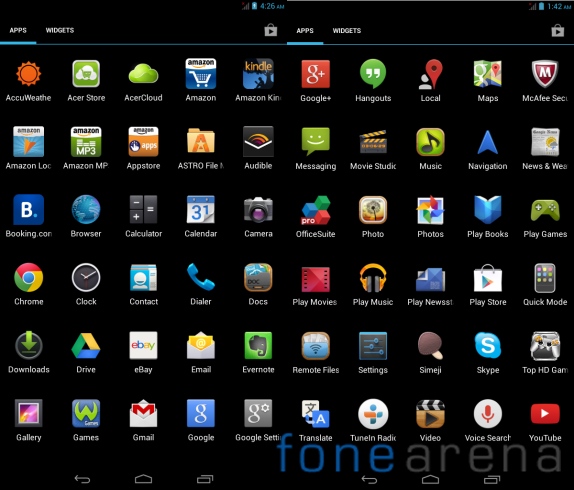 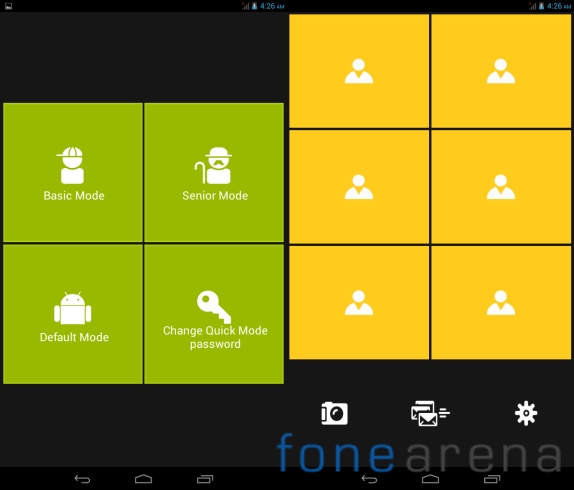 We liked the home-back Quick Mode option that allows you to switch between Basic, Senior and Default user interface modes easily. The unique modes come with a simplified interface, which is inspired by the Windows Phone operating system.

Under the hood of the Acer Iconia A1-713, there’s MediaTek MT8382 chipset with quad-core 1.3GHz CPU, Mali 400MP GPU and 1GB of RAM powering the tablet. There’s 16GB of internal memory, which can be expanded up to 32GB via a microSD card.

We are quite certain that Acer hasn’t managed to get the most out of the MediaTek chipset as the performance of the Iconia A1-713 is quite disappointing.

More often than not, there’s a delay while opening the app drawer and the applications take some time to open once fired. At times it becomes frustrating waiting for the apps to launch, especially when we are trying to multi-task. 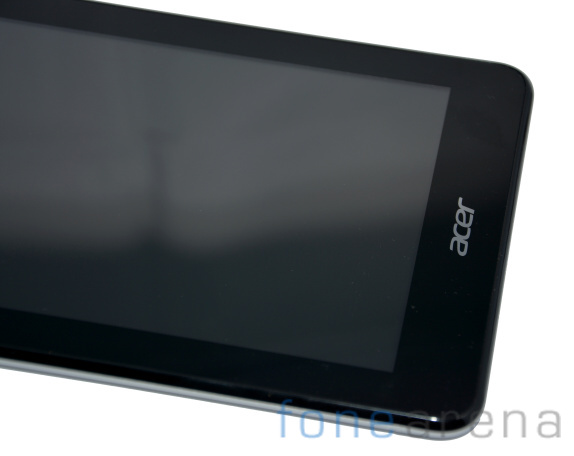 We ran some benchmark applications and the results were as expected – nothing great. The Iconia A1-713 managed to come up with a score of 15,500 in the AnTuTu test, which determines the overall performance of the tablet.

The compound benchmark Quadrant gave score of 5600 points, which is downright poor in today’s standards. And, when it comes to offscreen benchmarks and with a score of 6 frames per second, the tablet failed to impress us again.

We tried to play some graphic intensive games and the experience was miserable. High-definition videos tend to play smoothly, but the tablet cannot handle heavily encoded full HD videos.

There’s only one way to describe the 2 megapixel rear camera and the VGA front facing camera on the Acer Iconia A1-713 – they are dreadful.

The camera interface is quite simple with all the basic settings available within the reach of your thumb finger. The settings menu has three categories – camera, video and others. 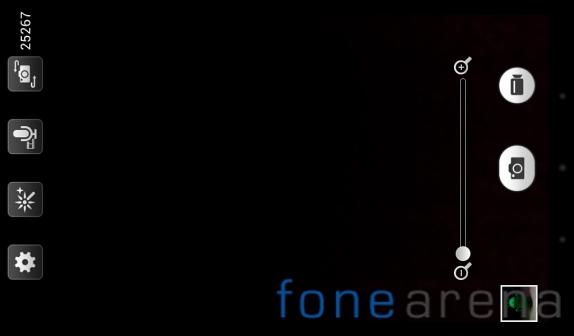 We took a few samples from the 2 megapixel sensor and the image quality was no way near to being impressive. For starters, the rear camera has fixed focus and you will have to work your positions before capturing an image. 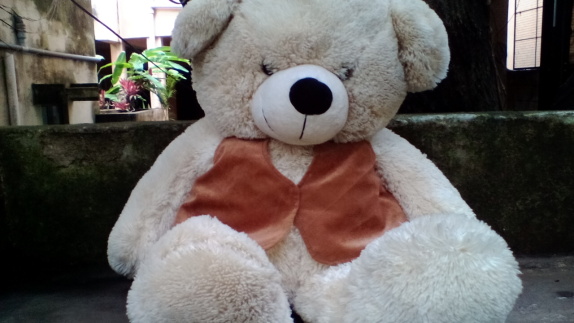 The color rendering is not accurate and the image lacks detail. The zoom factor is very poor and that’s expected from a mediocre sensor.

You might as well forget that Iconia A1-713 has a camera if you are in low light conditions. There’s no flash and the images look washed out. So, you can consider yourself an expert if you can capture a visible image in low-light conditions.

Overall, a very bad shooter and the images that are captured are only good be viewed on the tablet.

Acer Iconia A1-713 is priced at INR 12,000 and is already available in the market. At this price point, the tablet doesn’t have enough character and we doubt if it excites anyone of you.

A poor display, sluggish performance and dreadful camera are the biggest let downs. Acer Iconia A1-713 has left us disappointed and does not manage to impress in any aspects. The only feature that somewhat satisfied us, was the 3G voice calling capability.

So, if you are in the market for a tablet, the Acer Iconia A1-713 is not something that we would recommend. There are better slates like ASUS FonePad 7, Lenovo A7-30 and Digiflip Pro XT801 that offer much value for your money.

Acer definitely has to get back to its drawing board and rethink its strategy before coming up with its next Android slate.