Google has updated Play Game SDK with many features and improvements. The company has added features like real time multiplayer, material design UI and so on in the latest update. 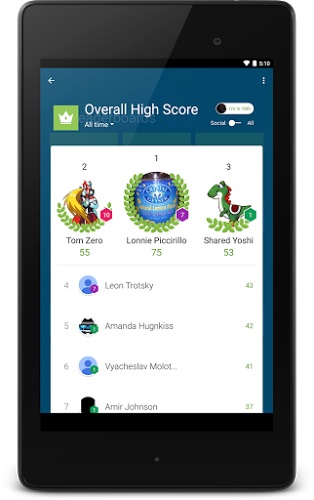 “Game developers, we’ve updated some of our popular developer tools to give you a consistent set of game services across platforms, a refreshed UI based on material design, and new tools to give you better visibility into what users are doing in your games.”

Google has added Real-Time Multiplayer (RTMP) to Google Play Games C++ SDK in order to make it easier for developers to build cross-platform games. The addition of RTMP brings the C++ SDK to feature parity with the Play services SDK on Android and the Play Games iOS SDK. A bunch of multiplayer game stats will also be offered for free that can be viewed by visiting Developer Console.

Moving on, Material Deisgn has now made its way to Play Game SDKs for Android, iOS and cross platform C++. This refreshes the UI with bold and colorful design that is consistent across all the games. Finally, Google is improving Quests as the SDKs now include default toast messages for “quest accepted” and “quest completed” events. A new in-line quest stats is added in the Developer Console that shows how your quests are performing.