Earlier today, we heard that the HTC Nexus 9 has visited FCC under model number 0P82100. Now, a first alleged photo of the Nexus 9 has been leaked by the popular leakster @upleaks on Twitter. 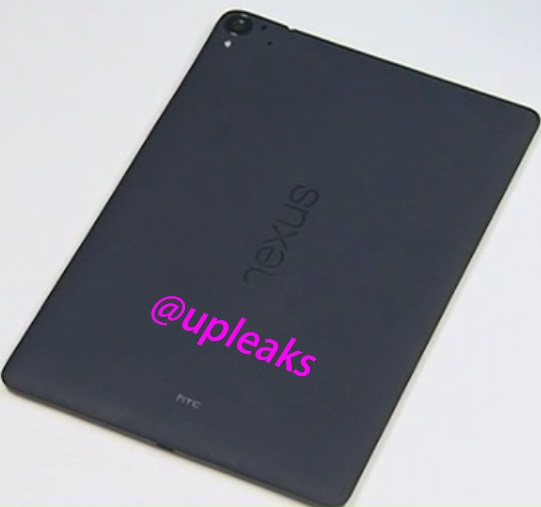 As per the leaked photo the Nexus 9 looks big and is square in design instead of the rectangular one we saw on the Nexus 7. The photo also shows a camera at the top left corner along with LED flash situated below it. According to the image, it looks like the tablet will have the same matte-style finish at the back that we have already seen on the Nexus 5.

The Nexus branding is seen in the middle followed by the HTC branding at the lower end. Nexus 9 is expected to sport a 8.9″ (2048 × 1440 pixels) screen, NVIDIA Tegra K1 64-bit processor, 2GB RAM, 16/32GB internal storage, 8MP rear camera with Sony sensor, 3MP front facing camera, Stereo front-facing speakers and aluminium build. Some rumors that said it will come with 5GB RAM turned out to be fake. It will be 7.9mm thick and weigh 418 grams. It is expected to come in WiFi and LTE variants.