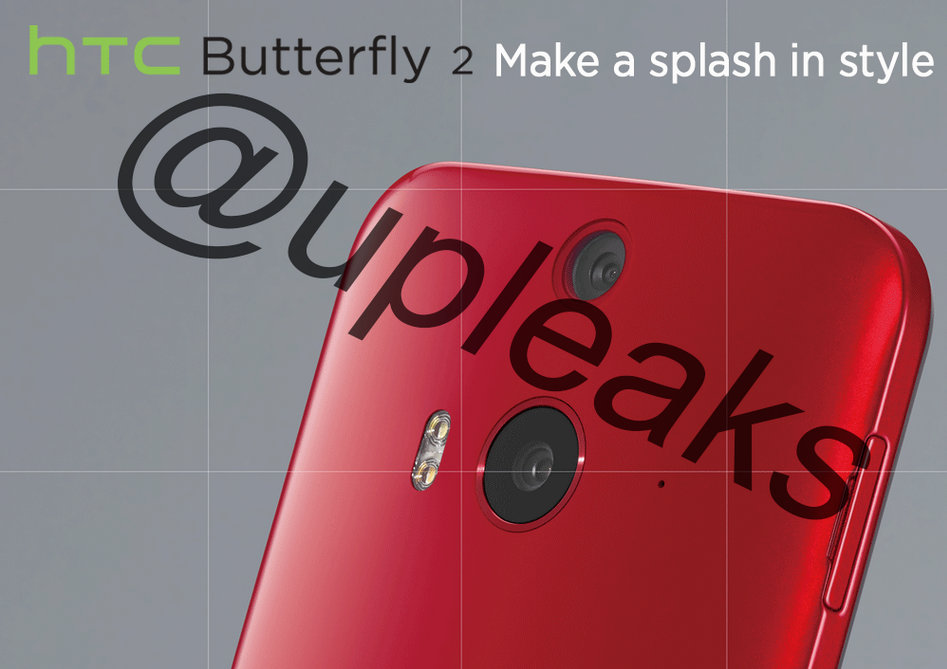 HTC unveiled the J Butterfly (HTL23), the company’s latest smartphone with waterproof body few weeks back in Japan. Now the HTC Butterfly 2 for Asia Pacific markets has been leaked by @Upleaks. This was first leaked by @evleaks back in May and looks similar to the new J Butterfly smartphone. It comes with IP57 ratings for dust and water resistance. The tagline in the poster reads “Make a splash in style” to show it’s a waterproof smartphone. 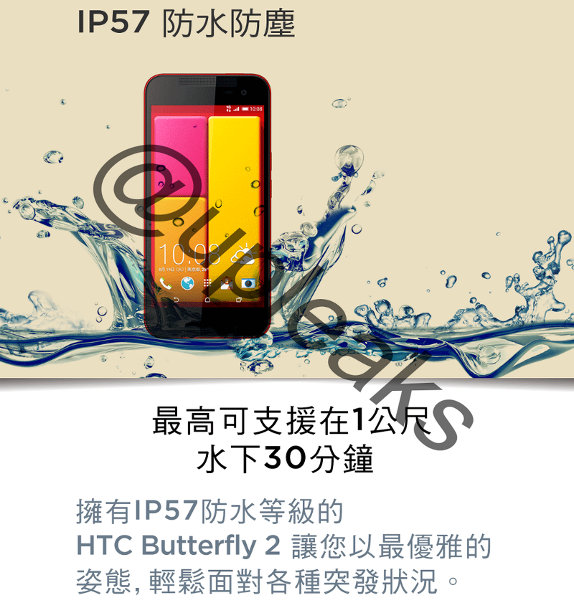 It is expected to come with similar specifications as the new J Butterfly, including a 5-inch 1080p display, quad-core Snapdragon 801 processor and Android 4.4 (KitKat) with Sense UI, 13-megapixel rear camera with 2-megapixel Duo Camera arrangement to the depth information and a 5-megapixel front-facing camera. It also has BoomSound speakers, JBL LiveStage audio support and would come with support for HTC DoubleDip Case.

It would come in Red, White and Blue colors, similar to the J Butterfly (HTL23) smartphone. According to earlier rumors, the HTC Butterfly 2 is expected to be unveiled in Japan on August 19th. It is also expected to be announced for Taiwan and other Asia-Pacific markets by the end of August or September.