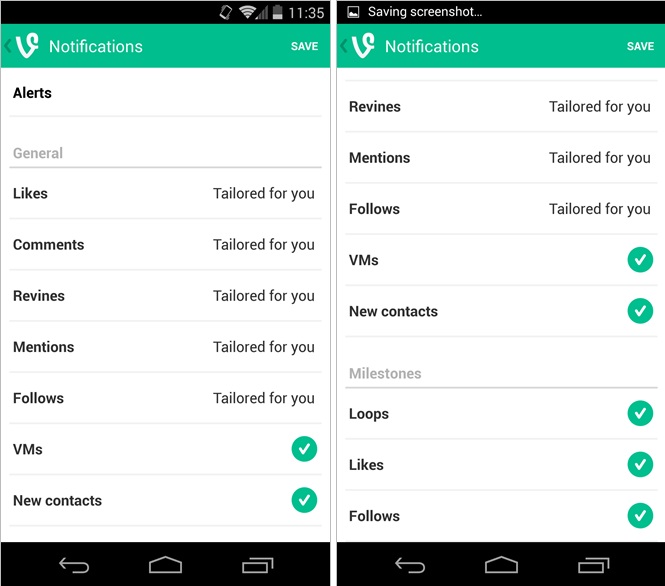 Unfortunately, the popular video sharing service from Twitter has not announced how the video quality has improved exactly. Meaning it is not clear if the resolution, post processing or any other feature has received an update. In addition, the app now gets an enhanced notification option. The Settings menu now has more options to display, such as Likes, Comments, Re-vines, Mentions, Follows and more.

Last month Vine was updated with Loop Counts that lets user know how many times their 6 second video has been viewed. Prior to this both the Android and iOS app also received support for Direct messaging in April. It is not known whether the latest update will land on iOS as well.